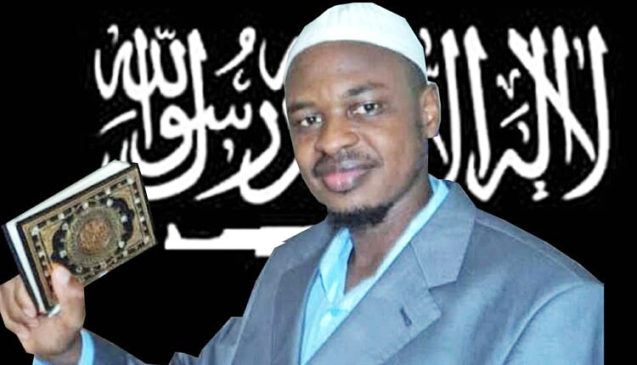 Much ado about Pantami’s professorship

Isa Ali Pantami, currently a minister in Buhari’s administration is one person that has attracted a lot of attention recently. First, there was a controversy between him and Abike Dabiri over an office accommodation for her agency which she claimed was refused by the minister. Whether or not she exhausted the channels of communication in Government and could not get a solution and was thus venting her frustration in public was unknown to us. I personally made no effort to find out since there are many things I consider more important than squabbles between people working in the same Government.

Then came his alleged pronouncements on ‘terrorists’, whatever that means. But to his critics, terrorists are those people so-labeled by the United states. I am yet to hear from Pantami’s critics since the United States itself decided to meet with Taliban, a ‘terrorist’ group it has fought for two decades before it literally handed over Afghanistan back to them with a warning not to harbor terrorists.

The current controversy around Pantami is his promotion (or is it an appointment?) to the rank of Professor by a Nigerian university. The controversy is not just about ‘the well deserved promotion’ but also the claim of over 160 publications attached to it.

I first read the issue on the page of a younger colleague Muhsin Ibrahim where he asked very relevant frank questions about the said promotion. In particular, Mallam Muhsin, who acknowledged the talent of the honourable minister asked of the whereabouts of those publications. The other questions he asked was about the University that approved the promotion. Unfortunately, most of those who read Muhsin’s page do not have the capacity to understand the questions he asked, much less answer them. Thus, the kind of answers he got were insults on his parents, accusations of being anti-Izala, etc.

I was not happy with those insults on my younger brother. I thus decided to find out myself.

In an attempt to answer Muhsin’s first question, I immediately checked Scopus. Since Sheikh Pantami is a scientist who has published so much, a good number of those publications would have the world class acceptance to appear in Scopus. Pantami’s h-index would also be very high. To check an author in scopus, one needs the author’s surname and initials. The Surname Pantami with initials i.a. or a.i. returned no result. I then decided to search for Pantami without initials. There was one result; one Hamza Ahmed Pantami of Universiti Putra Malaysia, with two publications and a h-index of 2, meaning that each of his two articles has been cited at least twice by other articles in Scopus.

READ ALSO: Isa Pantami was imam of the mosque that issued murder fatwa on my son – Solomon Achi

I then checked Google Scholar for Pantami. The first three articles returned with Pantami as an author belonged to Hamza Ahmed Pantami. It was later when I was reading comments on Muhsin’s opinion that I realized that the Sheikh is not using Pantami as his surname. He uses Isa Ali Ibrahim and has a profile in Researchgate. That solved my problem, because all his articles in Scopus and many of those indexed by Google Scholar will be in Researchgate.

His number of articles in Researchgate is 24 many of which are speeches or collections thereof delivered in his position as a Minister in Buhari’s Government. In many universities like Bayero University Kano for example, a ministerial speech is not acceptable for promotion or appointment to an academic rank. A recognized academic publication include an article in a peer-reviewed journal of good repute, an article in a published conference proceedings, a technical report, a book or book chapter and registered patent.

Each university has her own promotion guidelines and for all the Nigerian universities I know, one does not need 160 publications to become a Professor. There is therefore no need to claim what is not there in the first place. Of course, we cannot conclude with certainty that that number is not there. We have many local Nigerian journals that are not yet visible on the internet. May be they add up to give that number. But like Muhsin asked, where are they? Someone should publish the titles instead of showering insults on an innocent person.

Perhaps the person who wrote that number on Prof. Pantami’s page is referring to research items, not publications. A person can have items like seminar papers, dissertations and technical and other research-generated reports that have not been published. Such items can be claimed and clearly labeled as unpublished works.

Now, was the appointment made by Federal University of Technology Owerri? Luckily, that is a University to one of whose programmes I am the external examiner. So it was easy to find out. I sent an enquiry to one of my friends over there. The next day, after asking the HOD Cyber Security he confirmed to me that it was true. It has just been done and I am optimistic that both the University and the person Isa Pantami will clarify.