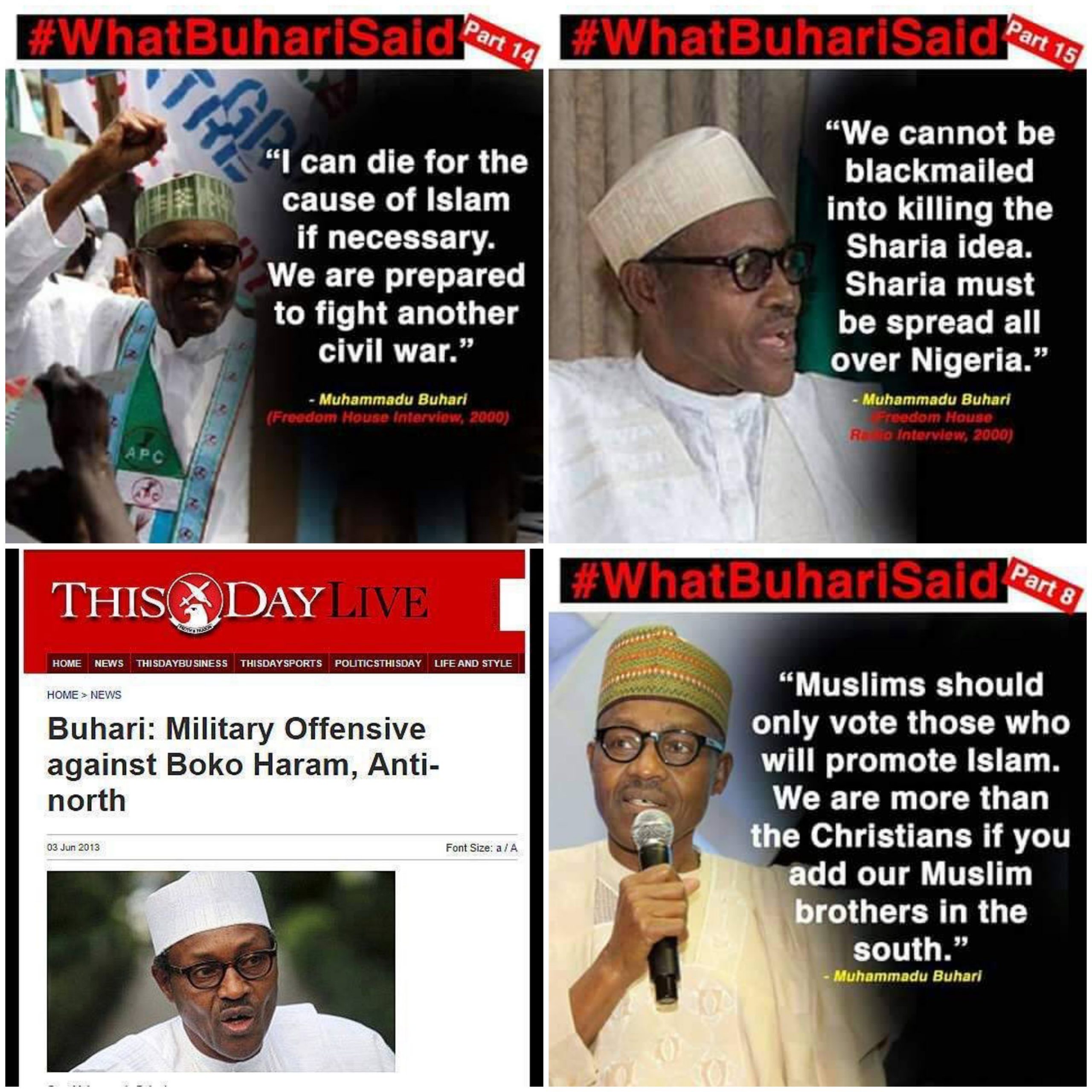 Does General Buhari Still Hold These Views? With His Appointments of Mainly Fulani Muslims & Shady Character Like Pantami, To Important And Sensitive Government Positions, The Insecurity Without Check from the Government Caused By Fulani Herdsmen & Boko Haram Terrorists, The Conclusion Tilts Only One Way; YES!

Minister of Communications and Digital Economy, Dr. Isa Ali Ibrahim Pantami, has been in the eye of the storm in the last few days. The major allegation against him was that he canvassed in recent past seismic views in support of his Islamic sect, said to be an extremist Salafist group and shared opinions on pulpits which suggested that he had affinity with and indeed, insurgency running in his blood. These, the allegation further claimed, were manifest in the extremist views Pantami held and the blatant hatred he had for people of other religions.

Pantami has however been struggling to disclaim the allegations. To buttress his declamation of the allegations, the Minister has been fighting frenetically to defend himself. For instance, though he admitted that he had been an Islamic preacher since age 13, he claimed that, in the last two decades, he had been invited and travelled to countries like Niger Republic, Katsina, Borno, and Gombe, among other northern states and his preaching was a singeing denouncement of Boko Haram’s ideology and Islamic fundamentalism. Unfortunately however, video evidence against him, especially as made available on YouTube and by the People’s Gazette, suggested contrarily. Pantami, in the videos being shared, was seen fraternizing with the destructive views of Bin Laden and justified the killing of kafirs.

Those who have attempted to exculpate the minister from the charge of sharing indecipherable opinions and ideology from insurgents’, as well as those who claimed that Pantami has since distanced himself from those views since he became minister, are spewing bunkum. First, what forensic sieve did they use to determine that he has been purged of such views? What assurance is there that someone who canvassed such demonic views isn’t a mole in government to the insurgents and is not funding these terrorist cells? While anyone can share or hold any seismic view that they subscribe to, whether religious or political and whether now or previously, so far as such view is not at variance with the laws of the land, they are in the clear. The state must however ensure that holders of such divisive views which contravene the secularity of the state must be held far off from the levers of power. That is the crime of the Nigerian state; allowing Pantami to rise to the level he has risen in Nigerian state affairs.

To be sure, Pantami’s religious views are not different from that of Sheikh Gumi, the man who has turned himself into the religious avatar whose chosen path is that of going inside the forest to mediate and negotiate between bandits and the Nigerian state. Gumi too has sought to canonize bandits and even insurgents by saying that Nigeria misunderstood them. He is free to trade such irresponsible views too. The problem will arise the day Gumi seeks to handle one of the instruments of administration of a secular Nigerian state.

That is why Pantami should not be blamed. The blame should fall squarely by the feet of President Muhammadu Buhari, his appointor, and the Nigerian state whose feeble binoculars could not pinpoint and pin those damaging and dangerous views ascribed to the Minister. Why I do not blame Buhari himself but the Nigerian electors who, in spite of them, voted him into office as president, is that, there seems not to be too much difference between the views held by Pantami and even Buhari himself before the latter became president. We were not too young to read and watch on television Buhari fuming and saying that if he was rigged out of the presidential election, the dogs and the baboons would be soaked in blood. That was an insurgent philosophy. This same man upbraided the Goodluck Jonathan government for attacking Boko Haram insurgents and said that every shelling of the insurgents was an attack against the north.

The truth is that, many northern elders unfortunately share huge slices of opinions that are similar to Pantami and Buharis’. It is why insurgency is festering in the land like ferns in a plantation. In a saner clime, Pantami would have resigned if he still retains any modicum of honour left in him. But, this is Nigeria; he won’t resign. Has President Buhari himself resigned?

The face of the white man behind Boko Haram identified

Rivers Not Fighting The FGN Over Tax Collection