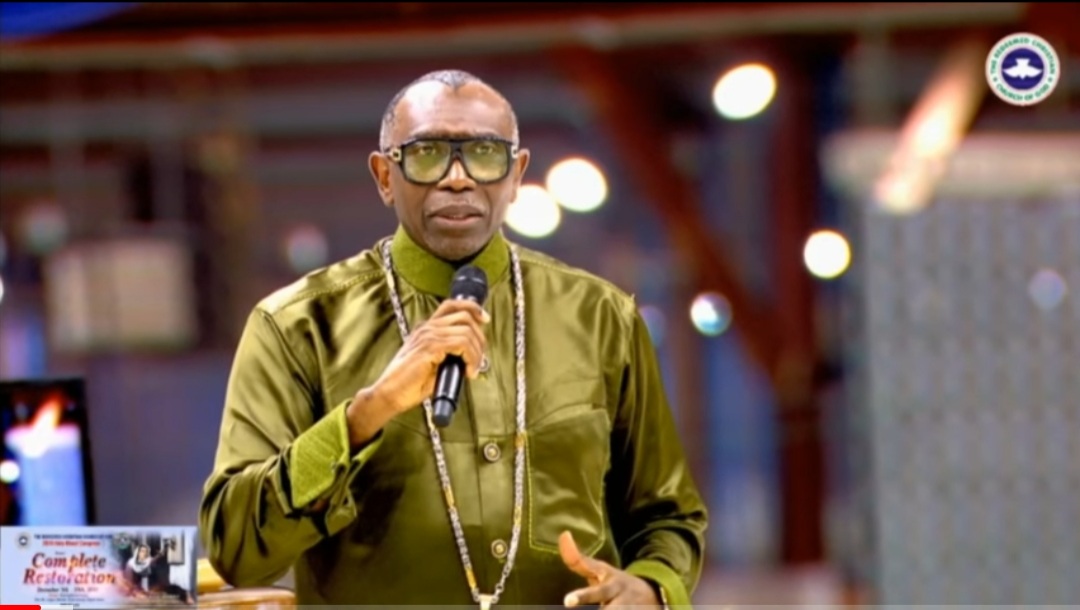 Oritsejafor: A Fiery ‘Defender of Faith’

One thing anybody cannot deny about the immediate past President of the Christian Association of Nigeria, CAN, Pastor Joseph Ayodele Oritsejafor, is his voice, courage and passion in defence of Christian faith in Nigeria. The foremost charismatic preacher represents different personality to different people. He’s torn between two extreme loyalties: those who accept and follow him passionately and those who virulently dislike his guts. The latter class of people often see Oritsejafor from the prism of ostentation, unflinching faith activism and the audacity to tell truth to power. Like a general in the army of the Lord, his actions and utterances are anchored on the principles of his call as a priest of God and a prophet to the nation of Nigeria.

Like any other man, Oritsejafor has been through his own phases of challenges in ministry, as well as in his personal and public life. That’s why it is convenient for him to identify with the needy and the vulnerable members of the society and responds to their situation as he’s led to do. The father of triplets is a passionate lover of children and supporter of talents. Known for firmness and courage, Oritsejafor gave the Nigerian Church the much needed leadership that scared and curtailed the oppressive and aggressive onslaughts against Christians at the time. Despite his numerous obligations, Oritsejafor sacrificially spent his personal resources to fight oppression of his constituency – the church, provided relief for the victims of natural disasters like he did when floods wrecked havoc in parts of Sokoto State in October 2012.

He was very vocal against the undue advantage of one religion over the other as demonstrated in the official patronage over the years. Oritsejafor was despised in some quarters for being audacious by cutting-to-size the larger-than-life image of the ‘feudal lords’ in national affairs at any given opportunity. Even in the face of threats to his life at the peak of the Boko Haram onslaughts, Oritsejafor used the weapon of his tongue to protect and defend his people while holding the federal government, northern political elite and Muslim leaders responsible for the havoc wreaked by the insurgents because of leadership failure on their part. These were the reasons why those uncomfortable with his unrelenting and fearless disposition silently employed acerbic media attacks against him.

Last year, Pastor Bosun Emmanuel, a notable Christian activist and Executive Secretary of Christian Social Movement of Nigeria, CSMN, in his tribute describes Oritsejafor as a rare gift in leadership to the Body of Christ. Emmanuel was privileged to be close to CAN leadership to know and evaluate the contributions of Oritsejafor while in the saddle. “In contemporary Christianity in Nigeria, only one Christian leader has distinguished himself as corporate leader willing to surrender the resources of his ministry for the common good of all, irrespective of Church group, denomination, ministry or tribe. Only His Eminence, Pastor Ayo Oritsejafor, has accomplished this feat.

“Christianity in Nigeria is yet to raise another corporate leader that would fearlessly confront the adversaries to defend the flock of Christ. He was bold, fearless, and inspired many Christian professionals to rise to support CAN. His tenure as President of CAN witnessed the introduction of some landmark policies that would not only have prevented the current persecution of Christians but would have enabled Christianity to transform Nigeria.” He stated.

November 10 every year is Oritsejafor’s birthday. In a tribute exclusively made available to me on Wednesday, Bishop Abraham Olaleye, an evangelist, one of the leaders of the Pentecostal Fellowship of Nigeria, PFN, Olaleye described Oritsejafor as a charismatic leader who demonstrated the “qualities of a good leader” not just by himself but also he possesses “the ability to see the leadership qualities in others and give them responsibilities and this is why he delegates authority to others.” He further expressed his opinion on the person of the former President of the Christian Association of Nigeria, CAN.

“I will describe Pastor Ayo as a great charismatic leader, a fiery preacher who easily warms himself into people’s hearts. I encountered him first time in 1979 on his popular TV program called ‘Hour of Deliverance.’ Wherever I was, on Sunday afternoon, I make sure I head home so I won’t miss that fiery preaching which was aired at 5pm. It was a delight for me when I met him personally in 1982 during R. W. Schambach’s crusade held at TBS Lagos. He hosted the crusade in which Evang. Dr. Ebenezer Obey was actively involved.

“Our next meeting came In 1986, when he gave me accommodation during the Church of God Mission Convention of that year in Warri; that was before the inception of Word of Life Bible Church. He is also the spiritual father to my sister-in-law Bukky Omolu and her husband, Abel. After nearly two decades, I had the honour of meeting him again, but this time as the National President of the PFN. This was 2006, when he came to inaugurate the newly appointed Exco in Lagos State. I was appointed the vice chairman to Pastor Wale Adefarasin – chairman, and it was a great pleasure working with this charismatic leader.

“After Archbishop Benson Idahosa, Pastor Ayo is the next person I came close to, that loved and served the Body of Christ the way he did. This unusual commitment was evident to all, and it no doubt led him to becoming the President of CAN, the highest Christian position in the nation. This elevation made him the first Pentecostal pastor to become the head of the umbrella body. Pastor Ayo may come to many as flamboyant, but one cannot deny the fact that he is a lovable personality, especially when one comes into close contact with him. I believe that God had used him to put a shine on Christianity and the gospel ministry in Nigeria.

“One of the qualities of a good leader Pastor Ayo amply demonstrated is the ability to see the leadership qualities in others and give them responsibilities and this is why he still delegates authority to others. For instance, he sent me to mediate in feuds between leaders at the national level on two occasions during his leadership in the Pentecostal Fellowship of Nigeria. He related with other leaders in the body without any semblance of discrimination. This he did to promote fellowship and foster the healthy relationship and unity among God’s people.

“Pastor Ayo is a detribalized Nigerian and leader. I remember meeting him in 2009 to discuss ministers and ministries related issues and my concerns in that respect. He listened attentively and gave me a response with the following words, ‘someone has to take up the challenge and help many of these young ministers so they can have God-focused ministries’. That is apostolic and the heart of a true leader. Shortly before the end of his tenure as PFN president, and in one of our NEC meetings held in Jos, Plateau State, he appointed me as the National Vice Chairman of Evangelism Committee.

“In summary, Pastor Ayo is a great leader, a faithful husband, father and leader. I pray for long and fulfilling years ahead for him. I wish him an awesome birthday celebration.”

NIGERIA: Remember This? Too Young? Not Born? Here It Is Again