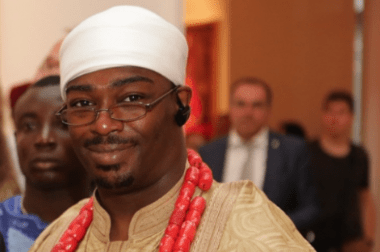 The attention of the people of Agbor has been drawn to a public statement issued as communique by signatories purporting to be speaking for the Council of Traditional Rulers of Delta State. May I respond as follows:

The tenure of the Obi of Owa, Dr. Emmanuel Efeizomor as Chairman of the Council of Traditional Rulers of Delta State has long elapsed and can therefore no longer act or speak for the body. The communique issued by persons claiming to speak for the council is therefore invalid, out of order, null, void and of no value or effect whatsoever. It should be discounted and ignored by everyone.

The Obi of Owa, Dr. Emmanuel Efeizomor has ceased to be Chairman of the Council of Traditional Rulers of Delta State and is presently in breach of the laws setting up the body.

The Dein of Agbor is the occupier of the throne of Agbor before whom the forebears of the Obi of Owa knelt in greetings and supplication as their king and overlord. They were the Ayuwè of Agbor Kingdom whose descendant should not be permitted to denigrate his overlord, the Dein of Agbor.

Obika Gbenoba, the Obi of Agbor as he was then addressed and Olu of Warri were both members of the Western Region House of Chiefs.

Obika Gbenoba, the king of Agbor was also a cabinet Minister of the Western Region of Nigeria who was honoured and cited as a first class Traditional Ruler during award to him of Member of the Order of the Federal Republic (MFR). He received the award along with His Highness O. Onyetenu, Asagba of Asaba on the 1st of October 1965.

There cannot be kings without kingdoms. The Obi of Owa throne was self-declared in 1951 during the last decade of colonialism in Nigeria to break away from Agbor kingdom.

A SAD & A DARK DAY FOR YORUBAS: Sunday Igboho Kidnapped By Bandits In Power