BREAKING NEWS
GMT+2 08:44
Home Article May Your Loyalty Be Tested 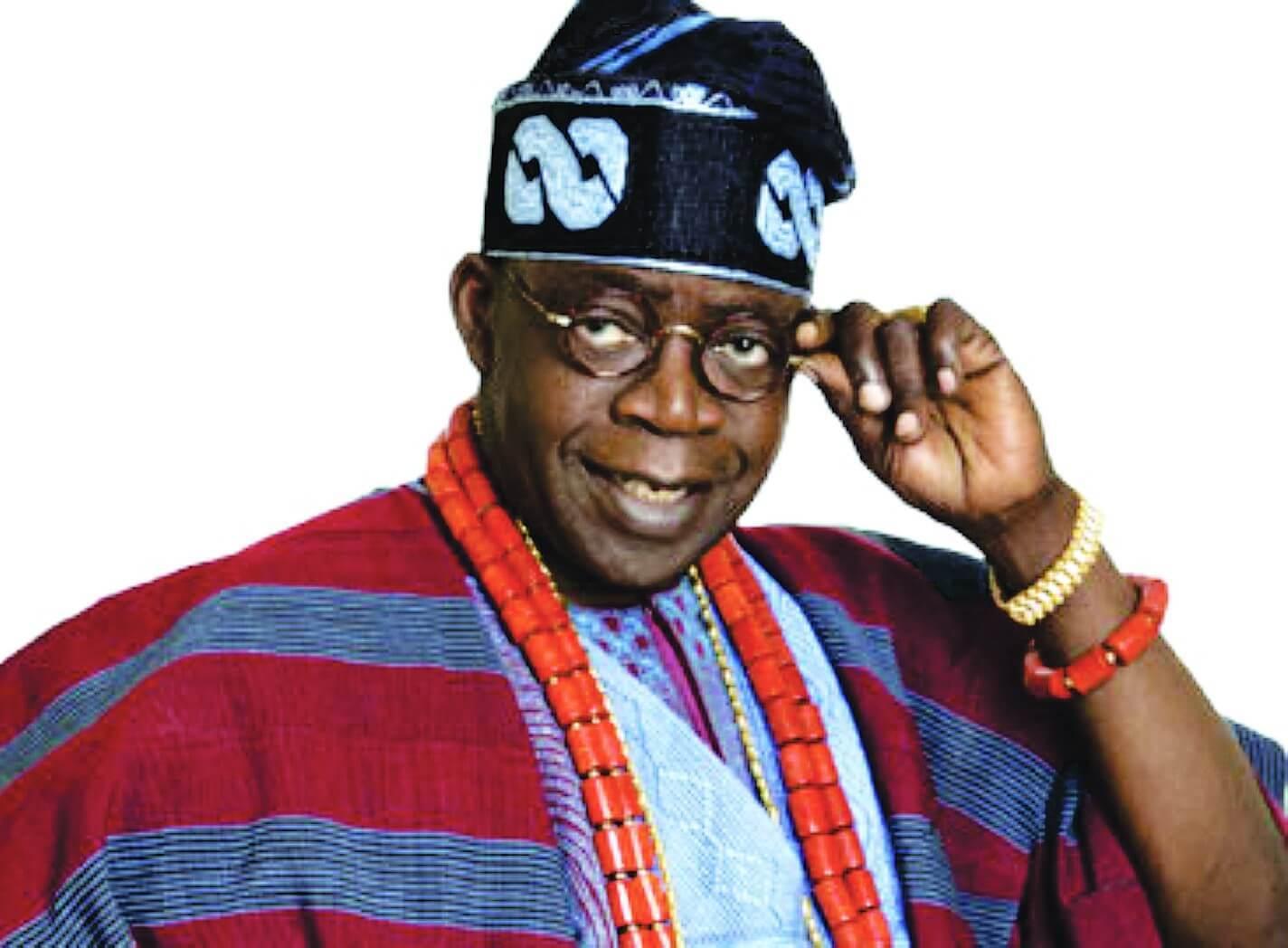 May Your Loyalty Be Tested

May your loyalty be tested! That is my prayer for every politician aspiring to any elective office. I know it sounds like a malediction. No politician ever wants his loyalty tested. Although they all profess loyalty to the people, we know that their loyalty is mostly to themselves and their interests. Thus, if we ever want to get the best out of our leaders, the best invocation is the one that calls for their loyalty to be tested.

To whom do you owe your loyalty, sir? Is it to the people, to a kingmaker, or to a cabal? Are you even loyal to the federal republic whose passport gives you cover to roam the world? Let your loyalty be tested again and again to see if you’ll side with the people or remain the godfather’s acolyte forever.

Babatunde Raji Fashola famously showed that he knew a thing or two about the weaponisation of loyalty during his confirmation hearing at the Senate in 2015. The chorus of ‘Amen’ that followed his prayer, “May your loyalty never be tested”, showed that the senators themselves were struggling with the traditional system of loyalties in our democratic culture. They would rather not be put in a situation where their loyalty would be tested.

But loyalty, in the true sense should be to a cause, a principle, an idea. We debase loyalty when we reduce its definition to grovelling sycophancy. “Don’t let your loyalty become slavery”, warns Lorenzo Dozier; “If they don’t appreciate what you bring to the table, then let them eat alone”.

The great educationist, Dr. Tai Solarin’s favourite prayer (if we can so describe it) was, “May your road be rough”. He didn’t mean any harm. He only thought that rough times toughen people to bring out their full potential. He expressed that much in his column published in the Nigerian Tribune of January 1, 1964: “I am not cursing you; I am wishing you what I wish myself every year. I therefore repeat, may you have a hard time this year, may there be plenty of troubles for you this year! If you are not so sure what you should say back, why not just say, ‘Same to you?’ … Our successes are conditioned by the amount of risk we are ready to take.”

It is common in Nigeria for hirelings of party godfathers and kingmakers to draw up lists for various positions. For every position, they have a pecking order. You’d hear things like, “There is no vacancy in the governorship or senatorial or presidential race. It is the turn of Tamedu”.

And if, perchance, Tamedu is caught in the quicksands of political intrigues, they have a ready replacement in the list. “There is still no vacancy”, they would tell you; “It is the turn of Lakasegbe”.

Why would the destiny of a people be at the pleasure of a self-appointed group of carpetbaggers who have cornered political influence and narrowed the space for engagement?

At our stage of development, politics should be about programmes. How do we lift our people out of poverty as China has done? How do we partner with youths who constitute 60 percent of our population to achieve the tomorrow of our dreams? These issues are more than the selfish turn-by-turn syndrome afflicting us.

For democracy to be meaningful, it has to address the needs of the people. As Mo Ibrahim points out, “We cannot eat democracy. It is important to create jobs, to improve education and health, and economic development. People need to have clean water. People need to have access to power and energy. Governance is a basket, a basket of public goods… There’s no trade-off”.

Ibrahim is embarrassed, like many enlightened Africans, that gerontocracy is replacing democracy in several African countries. Old men who should be chewing the cud of remembrances with their grandchildren in deserved retirement are perpetually recycled to lead their country into a future they are incapable of visualising. The young, who constitute more than 60 percent of the population, are left in the lurch.

He nails down the point with characteristic candour: “Look at the average age of our presidents… We are the only continent in the world where we have presidents at 90 years old starting new terms! I mean, you guys are crazy or what? We see people on wheelchairs unable to raise their hands standing for elections…”

He advocates a handing over of the baton of leadership to the young because they are the ones who will inhabit the future:

That is a message Nigeria urgently needs before we compound our mistakes though a resort to our usual habit of celebrating rheumatoid arthritis as a preferred alternative to polio. It is okay to be a political juggernaut or even a kingmaker — as long as one doesn’t push the needle beyond rationality.

There is no position reserved exclusively for any particular person under the present political dispensation. As Chinua Achebe admonishes, “Let the kite perch and let the eagle perch too – If one says no to the other, let his wing break.”

All through history, kings have been wary of kingmakers. I do not know of any other culture with the unique system of royal succession like Ibadan where high chiefs constitute the Olubadan-In-Council and the most senior chief ascends the throne.

I think it was President Obasanjo who volunteered a comment I considered insightful at the time because of how things eventually played out. Asked why he seemed to be distancing himself from the then president who was considered his protege, Obasanjo said he would never be carried away by the appellation of kingmaker because history was replete with the scalp of kingmakers whose heads were harvested by the king to signpost his authority.

There is nothing wrong in playing the role of a kingmaker. Indeed, one could say that kingmakers are an essential part of the architecture of political ascendancy. And the phenomenon is not a peculiarly Nigerian affair. In old Iran, there was Hajji Ebrahim Shirazi, the kalantar (lord mayor) of Shiraz and later the grand vizier of Qajar Iran.  Shirazi enthroned four kings from two different dynasties: Jafar Khan, Lotf Ali Khan, Agha Mohammad Khan and Fath-Ali Shah.

Media mogul Rupert Murdoch, owner of News Corp and the Fox Corporation has consistently backed every winning Prime Minister of the United Kingdom since the 1979 general election. Isn’t he a kingmaker worth his weight in gold — just like the controversial Che Guevara who accompanied Fidel Castro in the Revolution and later helped him attain power?

The story of how Bola Ahmed Tinubu contributed to making Muhammadu Buhari president is well known. But there were others from ANPP, NPDP and APGA as well. They could all be described as kingmakers even though only Tinubu has accepted ownership of such a tag. We must grant him due acknowledgement whether we agree with the outcome of his political alchemy or not.

However, a kingmaker is a kingmaker. Being a king is a different ball game altogether. Wikipedia defines a kingmaker as “a person or group that has great influence on a royal or political succession, without themselves being a viable candidate. Kingmakers may use political, monetary, religious, and military means to influence the succession…“

Or was the kingmaker’s role played by Tinubu meant to achieve self-glorification? If the focus is the common good, shouldn’t a wise kingmaker be scouting for the best possible material to translate the progressive dream to reality? Indeed, shouldn’t we as a nation be head-hunting the right person to do the job?

(Wole Olaoye is a public relations consultant and veteran journalist. He can be reached on wole.olaoye@gmail.com, Twitter: @wole_olaoye; Instagram: woleola2021)