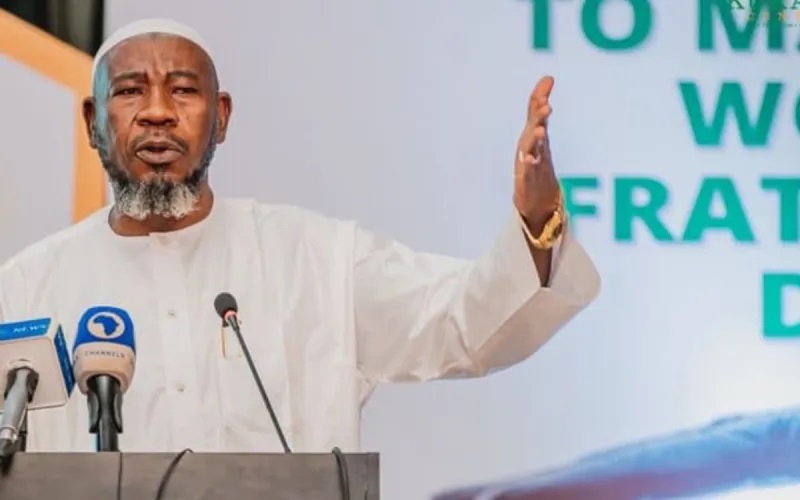 The digital Imam, Sheikh Muhammad Nura Khalid, reminded me of the three Hebrew boys; Shedrack, Meshach and Abednego. In chapter three of the Book of Daniel, we are introduced to three young men: Shadrach, Meshach, and Abednego, who held on to their belief in God even when threatened with a fiery death. The trio refused to bow down to King Nebuchadnezzar’s false idol. Even when they were brought before the king to face their fate, they remained courageous in the face of the king’s demand to bow down before the golden statue.

Similarly, character strengths — as classified by positive psychology — are a family of positive traits expressed through a person’s thoughts, feelings, and behaviors that are universally recognized for the strength that they create in individuals and communities.

Show me a very brave man; show me a man that can stand amid contrived, overwhelming odds, show me a man that is needed on a day requiring courage. Show me a fearless cleric with a mindset of truth, and I will show you the digital Imam, Sheikh Muhammad Nura Khalid.

Sheikh, you have the respect and admiration of millions of our compatriots home and abroad. You are one of the very few clerics with the balls to speak truth to power. You are an epitome of excellence and a symbol of courage. You stand tall, like in the days of Martin Luther King Jr.

As a cleric, your courage is out of this world. You are not one to lace truth with falsehood. You do not know how to placate or massage the ego of those in power. You do not sit on the fence. You dish and serve it raw and hot to the government of the day.

You criticized the political gladiators for their inability to rein in terrorists and near hopelessness in the face of total collapse of security and descent to anarchy. And for this, you have the respect and admiration of millions of Muslims and Christians within and outside the country.

Your message cannot be suppressed. Thank you for your courage and thank you for all you do for humanity. They may have succeeded in taking away a platform. Be rest assured that many other platforms will be available for you to continue to spread the message of peace, unity and love.

In conclusion, permit me to use the words of Rev. Mark Sandlin, he had said; If your “spirituality” denies someone’s humanity, it isn’t spirituality, it’s hatred wrapped up in religiousity.

THE OVERREACHING OBJECTIVES OF THE ELECTRICITY BILL, 2022 AND THE NEED FOR STAKEHOLDER SUPPORT