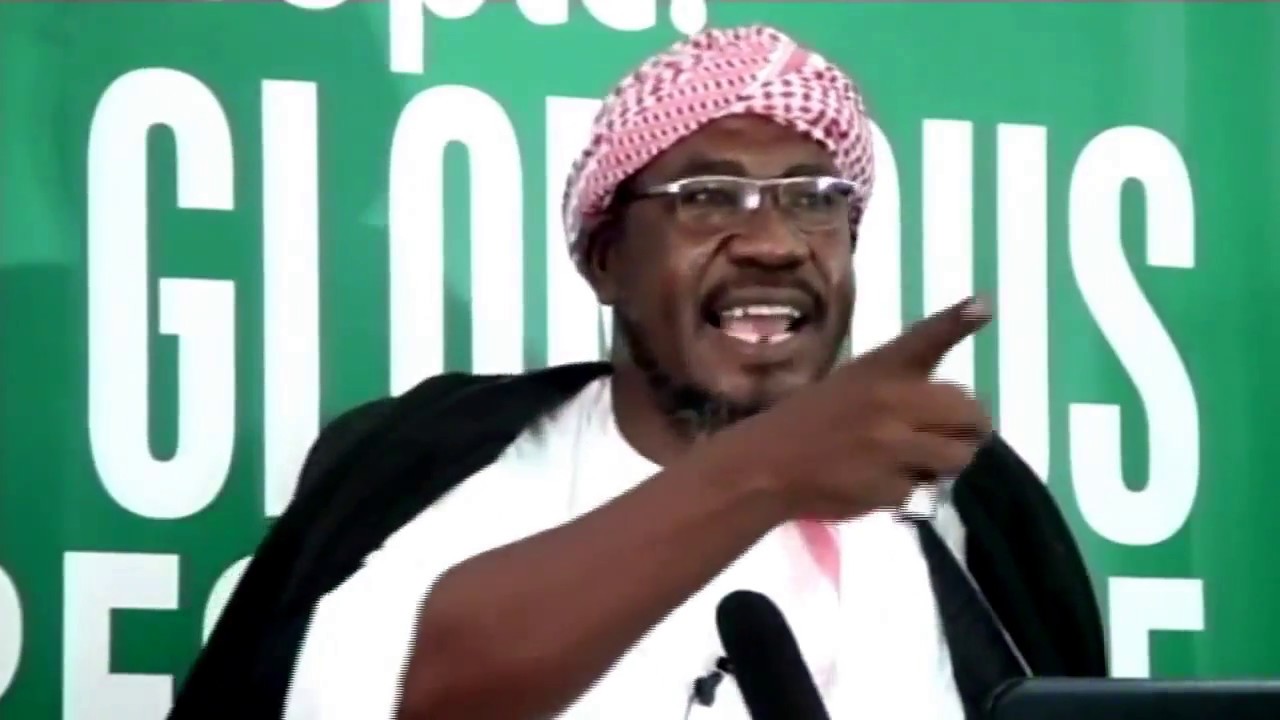 The Sermon that got chief Imam suspended (Video)

The Chief Imam of Apo legislative quarters mosque, Sheikh Nuru Khalid, has been suspended from his cleric duties by the mosque’s committee over his sermon on Friday, April 1.

The Committee in its suspension letter to Sheikh Khalid, accused him of going against the tenets of Islam by encouraging people not to vote at the upcoming elections until the insecurity in the land is addressed.

The letter signed by the chairman of the committee, Senator Saidu Dansadau, in part; “I am informing you that you are suspended as the Imam and as a member of parliament mosque Apo Abuja from today 2/4/2022 until further notice.

The fiery Imam in his sermon, had accused the government of not doing enough to tackle the prevailing insecurity. He said; “insecurity has become business in Nigeria, the blood of the poor has become campaign materials”

Yoruba traditional rulers must tell us what they want and their bottom line.

Killers of Chief Fasoranti’s daughter to die by hanging

Tinubu, “stop viewing all issues within the prism of your ambition and personal interest”, but the bigger picture” – Saraki

The House of Representatives Link Malami To Fraud