BREAKING NEWS
GMT+2 10:42
Home Opinion Why Tinubu’s PR Experts Have Been Awfully Woeful As He Returns To Nigeria 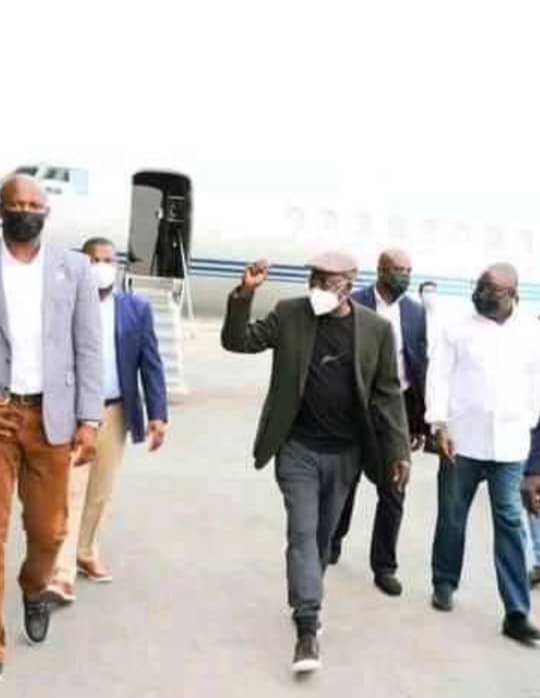 In my April 10, 2021, column titled “Tinubu: A Presidential Disaster Waiting to Happen?” I admitted that Bola Tinubu often benefits “from the professionally dexterous mediation of his inventively resourceful media team” and that he “has one of the, if not the, most sophisticated propagandists and mind managers in Nigeria.”

But amid the avalanche of darts being thrown at him from every angle since he declared his intention to run for president, his otherwise active and manipulative PR team has been uncharacteristically quiet and inept.

Only Tinubu’s army of paid and unpaid trolls traverse social media spaces looking for whom to curse and insult for opposing their political god.

I suspect that his PR/media team’s ineptitude is intentional and strategic because any response to the host of question marks hanging around Tinubu’s neck will provoke more questions, which might lead to the unravelling of the mask around him.

Well, the Tinubu family in Lagos, which he claims he is part of even though a segment of the family disowned him in 2007, isn’t poor by any definition of “poor.” Nor is Alhaja Habiba Mogaji whom he claims was his mother. She was well-to-do by the mid-1960s when Tinubu was supposed to be out of primary school.

Add to this the fact that he doesn’t speak Yoruba with a Lagos accent, according to Lagos natives, and we have a dead giveaway that his identity isn’t what he claims it is.

Who are his real parents who were so poor they couldn’t send him to secondary school in the 1960s?

There are at least three branches of the Tinubu family in Lagos that we know of. The most populous branch, which traces patrilineal roots to a Kanurized Shuwa Arab man called Muhammad “Momodu” Bugara, which has no blood ties to Madam Efunroye Tinubu with whom Bugara had a childless marriage, disowned him in 2007.

The two other branches of the Tinubu family in Lagos either trace descent to Madam Efunroye Tinubu’s Egba relatives in Abeokuta or to her slaves in nineteenth-century Lagos, according to Oladipo Yemitan, Madam Tinubu’s biographer.

As far as we know, none of the descendants of Madam Efunroye Tinubu’s Abeokuta relatives or her slaves would be so poor as to be unable to afford secondary school education in the 1960s when Bola Tinubu would have completed his primary school education—going by his official age.

It’s also possible that declaring his intention to run for president early and his media/PR team’s strategic silence over enduring questions regarding the mysterious gaps in his profile are calculated to allow his opponents to exhaust their missiles against him before the general election.

Nigerians—and, frankly, most human beings—get easily fatigued by continuous expression of outrage over any issue. The calculation of the Tinubu team is probably that by next year most voters would have been so inundated by stories and commentaries about Bola Tinubu’s fraud that they would tune out.

Of course, hoping that voters would be so jaded by continuous emphasis on a candidate’s shady past that they would look to other issues to influence their electoral choices is a big risk. Some ethical stains are inerasable.