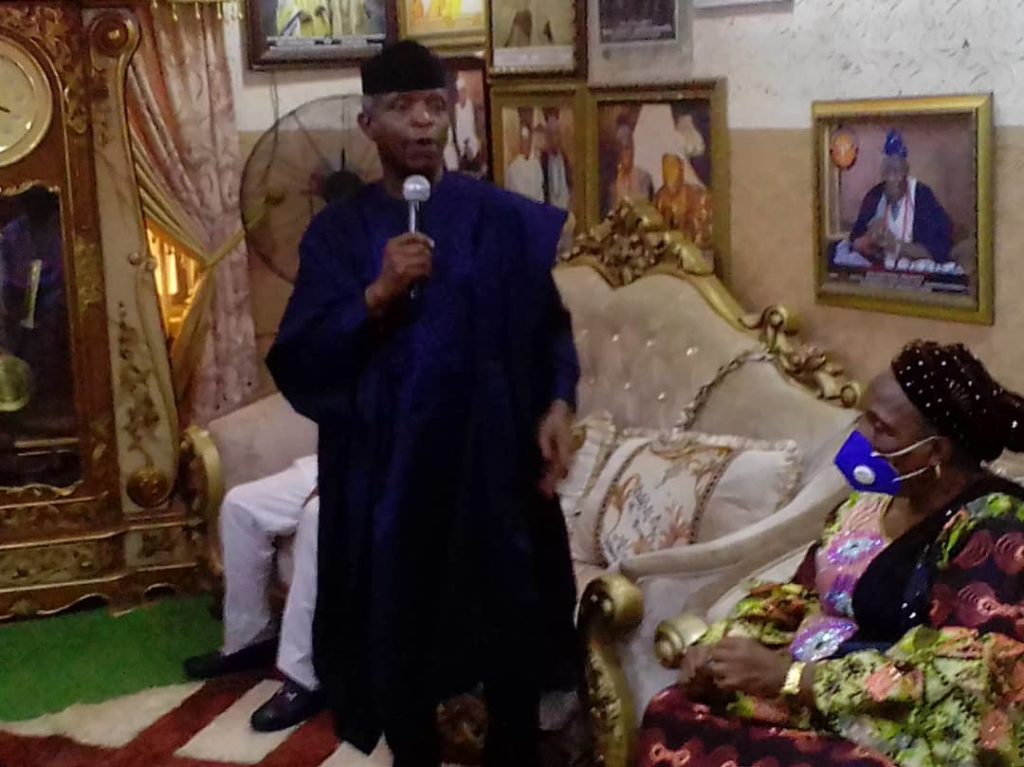 Osinbajo who paid a condolence visit to the family of the late monarch at Popoyemoja Palace on Sunday stressed that he was happy that the highly revered king lived a fulfilled life.

Osinbajo in his words maintained that the legacies of Oba Saliu Adetunji will always open doors of opportunities for his children and grandchildren.

He said, ” I’m here on behalf of President Muhammadu Buhari, who sent his greetings to the entire members of the family, though we are here to condole with you over the demise of our Baba. But the fact remains that we are also here to congratulate you because Baba lived a well-fulfilled life.

“From his carrier as a music merchant and to the throne as Olubadan he was a very straightforward person, we were here during the electioneering he prayed for us and each time we called on him he always prayed for us, he was a nice man, he lived a fulfilled life worth of emulating, he ascended the throne by the divine grace of God and he did well, what he has done was so enormous and I’m so sure that his children will live to see it all.

NIGERIA & THE WAR OF TONGUES BY FEMI ADESINA: My rebuttal!