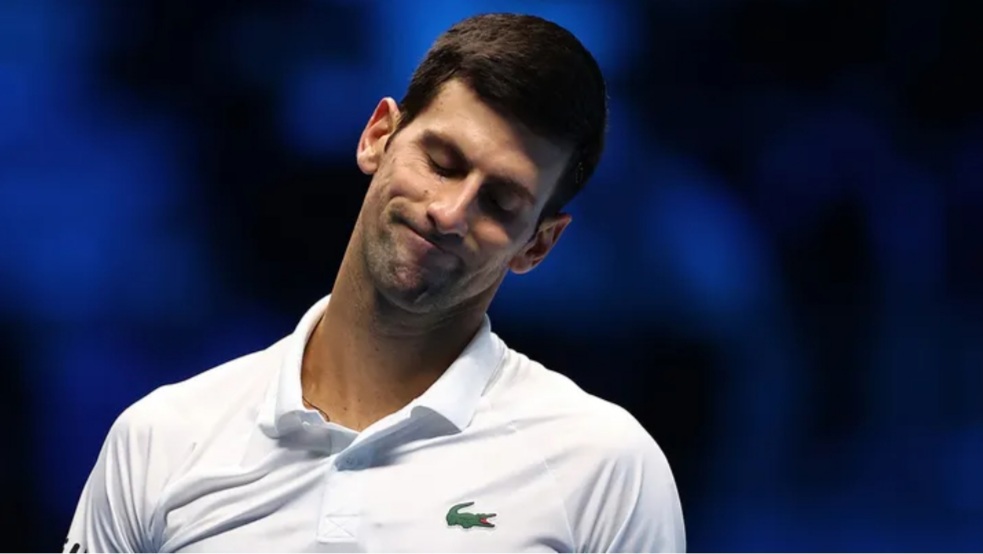 Novak Djokovic says he is “extremely disappointed” with a court decision to deport him from Australia and prevent his defence of the Australian Open.

Serb Djokovic, who is unvaccinated against Covid-19, failed to overturn a decision from the government to cancel his visa on public health grounds.

The world number one, 34, boarded a flight bound for Dubai from Melbourne on Sunday.

“I will now be taking some time to rest and to recuperate,” he said.

Djokovic was bidding to have the chance to win a record 21st men’s Grand Slam title, moving him clear of Spain’s Rafael Nadal and Switzerland’s Roger Federer for the first time.

Djokovic’s deportation means 35-year-old Nadal is the only one of the trio playing at Melbourne Park. Federer, 40, is out with a long-term knee injury.

The decision ends an 11-day legal dispute over whether Djokovic would be able to play.

He had his visa cancelled when he landed in Melbourne on 5 January and was then detained in an immigration hotel. Although that decision was overturned on procedural grounds, Australia immigration minister Alex Hawke cancelled his visa again on Friday.

Britain’s Andy Murray told the BBC he hoped the sport could move on from the saga and learn lessons for the future.

It wished Djokovic well and added it continued to “strongly recommend” all players were vaccinated.

What else did Djokovic say?

The court’s decision also sees Djokovic’s recent domination at the opening Grand Slam of the season come to an end.

The Serb had won the past three Australian Open titles and was hoping to triumph for a record-extending 10th in total this year.

“I will now be taking some time to rest and to recuperate, before making any further comments beyond this,” he said.

“I am extremely disappointed with the ruling to dismiss my application for judicial review of the decision to cancel my visa, which means I cannot stay in Australia and participate in the Australian Open.

“I respect the court’s ruling and I’ll cooperate with the relevant authorities in relation to my departure from Australia.

“I am uncomfortable that the focus of the past weeks has been on me and I hope that we can all now focus on the game and tournament I love.

“I would like to wish the players, tournament officials, staff, volunteers and fans all the best for the tournament.

“Finally, I would like to thank my family, friends, team, supporters, fans and my fellow Serbians for your continued support. You have all been a great source of strength to me.”

What has the reaction been from his fellow players?

Murray, 34, has known Djokovic since they were children and competed against him for the sport’s biggest prizes.

“It is not great for the tournament because it is better when all of the top players are playing in the event,” he said.

“Novak is someone I have known since we were 12 years old, he is someone who I respect and have competed against.

“The situation has not been good all round for anyone. It feels everything here happened extremely last minute and that’s why it became such a mess.

“Hopefully that won’t be the case at other events so there is no other situation like this.

Shortly after the decision was announced on Sunday, Australian player Nick Kyrgios – a vocal critic of Djokovic in the past – tweeted a ‘facepalm’ emoji.

Kyrgios said last week his country’s handling of Djokovic’s visa dispute had been “really bad” and urged officials to “do better”.

What does it mean for the men’s draw?

With Djokovic not allowed to play on Monday, it saw a late reshuffle of the men’s singles draw.

The rules for Grand Slam tournaments state the withdrawal of the top seed, after Monday’s order of play is released, means a lucky loser – someone who has lost in the final round of qualifying – comes into the draw.

Italy’s Salvatore Caruso, who is ranked 150th in the world, has replaced Djokovic and will play Serbia’s Miomir Kecmanovic.

Tennis Australia, which organises the tournament, said it respects the decision of the Federal Court.

“We look forward to a competitive and exciting Australian Open 2022 and wish all players the best of luck,” it added.

NBA Superstar, Giannis Adetokunbo, Known As Atentokounpo Following In The Footsteps of The Great Hakeem Olajuwon