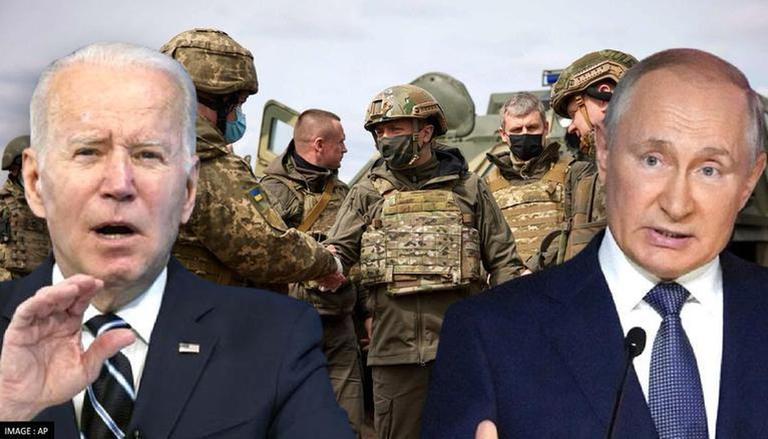 US President, Joe Biden, on Saturday dramatically escalated his rhetoric against Vladimir Putin, calling for the Russian leader to be removed because of his brutal invasion of Ukraine.

“For God’s sake, this man cannot remain in power”, Biden told a crowd in Warsaw at the end of a 2-day trip to Poland.

The unusual strong rhetoric was quickly played down by the White House, which said the president was not calling for regime change in Russia.

“The President’s point was that Putin cannot be allowed to exercise power hover his neighbors or the region. He was not discussing Putin’s power in Russia, or regime change”, the official said.

During his oftentimes angry speech, Biden warned Russia against stepping foot on NATO soil, but said American forces were stationed in Europe to defend NATO allies, not to engage with Russian forces.

He then cautioned that only “swift and punishing costs” would get Russia to change its course in Ukraine, in a reference to several rounds of sanctions imposed by the West on Moscow.

Biden said the war, now in its second month, had united the West, before telling the Ukrainian people: “We stand with you.”

During the speech that was broadcast on Polish TV, Biden also said he was “struck by the generosity of … all the Polish people … opening their hearts and their homes” to help Ukrainian refugees.

The US President also used a speech in Poland’s capital to make a vociferous defense of liberal democracy and the NATO military alliance, while also saying Europe must steel itself for a long fight against Russian aggression.

In what was billed by the White House as a major address, Biden spoke in front of the Royal Castle, one of Warsaw’s notable landmarks that was badly damaged during War II.

He borrowed the words of Polish-born Pope John Paul II and cited anti-communist Polish dissident and former president, Lech Walesa, as he warned that Putin’s invasion of Ukraine threatens to bring “decades of war.”

“In this battle we need to be clear-eyed. This battle will not be won in days or months either. We must commit now, to be in this fight for the long haul”, Biden said.

Earlier, Biden held talks with President Andrzej Duda in Warsaw and sought to reassure Poland of Washington’s commitment to the defence of Eastern Europe.

He insisted that the NATO mutual defense pact was a “sacred commitment.”

“I’m confident that Vladimir Putin was counting on dividing NATO,” Biden said about the Russian president. “But he hasn’t been able to do it. We’ve all stayed together.”

As the largest NATO member in the former eastern bloc, Poland is playing a key role in the Western response to Russia’s invasion.

Warsaw has called for NATO peacekeepers on the ground in Ukraine, which Washington has rejected.

Duda, meanwhile, said he had asked Biden about the possibility of speeding up military purchases, referring to purchases of Patriot missile systems, artillery rocket systems, F-35 jets and Abrams tanks.

Biden also responded to speculation that Russia has changed its military strategy, after Moscow said its focus was now to completely “liberate” the breakaway eastern Ukrainian region of Donbas.

“I am not sure they have”, Biden said when asked by a reporter if Russia had altered its course.