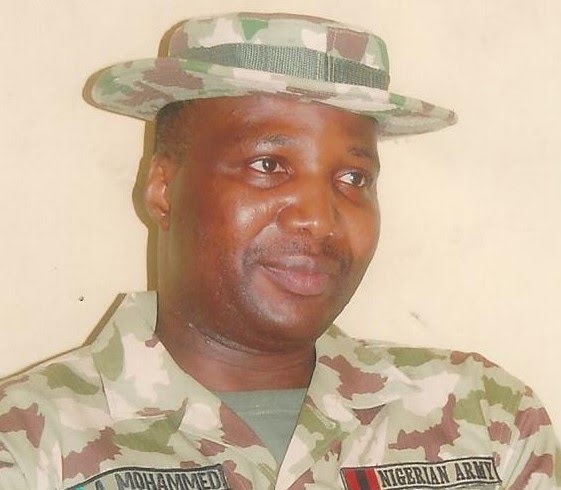 Four months after Buhari was sworn in as president, he promised that “Let me reiterate this administration’s commitment to due process, merit and total observance of the rule of law as central pillars of a prosperous and democratic society.”

Also during an address delivered at the Commonwealth meeting in May, 2016, Mr. Buhari again restated his government’s commitment to comply with the rule of law and respect for human rights.

“I am committed to applying the rule of law and to respecting human rights,” the President had said.

Buhari’s promise that his administration would not tolerate the situation where any arm of government undermines the rule of law has been flouted many times since by his very own agencies and his attorney general.

His administration’s flagrant disrespect for the rule of law is now routine, which is very worrying, disturbing and undemocratic. His refusal to comply with court rulings to release suspects and the accused, from Sambo Dasuki, to Sheikh Ibrahim El Zaky Zaky, to ALSCON, to many more, to Nnamdi Kanu, to Igboho 12 and now to Lt Colonel Mohammed Abdulfatai, who will not be the last.

From the above, it is easy to conclude that Buhari has once again shown that he is still the same man from 1984, a dictator that jailed Fela Kuti for trumped up charges, and one who attempted to illegally smuggle Umaru Dikko into Nigeria from London England.

The administration has done it again!

The Nigerian Army has refused to reinstate Lt Colonel Mohammed Abdulfatai who once led troops in the elimination of over 200 Boko Haram terrorists.

This was, despite the intervention of the National Assembly and the courts.

According to a report by PR Nigeria, Abdulfatai was among the 38 senior officers who were in June 2016 retired by army authorities.

“The Army failed to act with respect to the law,” the judge said.

Also in May 2020, Justice Edith Agbakogba granted permission that contempt of court charge be filed against the military chiefs over the alleged refusal to comply with a valid order of the court reinstating Lt Colonel Abdulfatai.

Abdulfatai was the Commanding Officer of 195 Battalion at the height of the insurgency in 2014 – 2015 in the Northeast when Boko Haram was seizing territories`, PR Nigeria reported.

He was the Commanding Officer of 195 Battalion stationed at Konduga alongside troops of 103 Battalion.

PR Nigeria gathered that after the fall of Gwoza, Bama, and Kawuri, Abdulfatai led his men to repel eight full-scale successive attacks by Boko Haram in their quest to advance into Maiduguri.

Konduga, where Abdulfatai’s battalion was based, was the last standing location on the axis hindering their planned advance into the capital city.

Abdulfatai earned a commendation from the military high command for gallantry for the defeat of Boko Haram during the counterattack lasting five hours.

Over 200 of the insurgents were killed and many others injured.

The impressive defence of Konduga by Abdulfatai’s troops prompted the then Chief of Army Staff, General Kenneth Minimah to send them special gifts while the then Governor Kashim Shettima of Borno State paid a thank-you visit to the location.

In a letter of Commendation, sighted by PRNigeria, the then Commander 26 Taskforce Brigade of the Nigerian Army in Konduga, Brigadier General (now serving Major General) DH Ali-Keffi wrote that: “On the night of December 1-2, 2014, the defensive position of Task Force Brigade and 21 Brigade which formed the covering force of 7 Division in Konduga front came under Boko Haram Attack.

“The assault was preceded by sustained bombardment for about one hour in which anti-aircraft guns and other heavy calibre weapons were fired at own position followed by six waves of ground offensive utilising vehicle-borne improvised explosive devices (VBIEDs) among other assets.

“At the end of the battle, Boko Haram Terrorists (BHT) suffered heavy casualties. Over 200 estimated killed and a great deal; more injured as attested by strewn corpses and trails of bloodstains all over the battlefield.

“The troops of the two Brigades put up a remarkable performance as only one soldier was killed. The victory achieved was to a large extent attributable to the gallantry exhibited by the troops, top of which was by you (Lt Abdulfatai). I observed all through the encounter how you professionally handled the forward troops, which was the main focus of the Boko Haram offensive. Throughout the period, you gave firm and effective orders over the radio which ensured that the troops in the trenches, as well as the armoured vehicles, were well-positioned to meet any and every BHT onslaught.

“You equally employed the artillery and mortar in a manner that led to serious degradation of the BHT and in the process also destroyed two VBIEDs. You skilfully integrated most of the battlefield operating systems into a cohesive and effective fighting machine.

“I was most impressed by your leadership as you displayed effective command and control of the troops during the battle. Your calmness and composure over the radio reassured the command and elicited the right response from the troops who met the enemy attack with confidence and morale.

“You equally exhibited rare and uncommon courage as you moved about the battlefield without minding the physical danger that you were exposed to. You were undoubtedly MY HERO OF THE NIGHT. I salute your courage, exemplary leadership, and professional competence.

“It is thus my singular honour and privilege to commend you for conducting yourself in a most professional manner in the face of a determined BHT offensive. You are indeed a credit, not only to your unit, the brigade but also to the whole Konduga sector. Welldone and keep it up,” General Ali-Keffi concluded.

Abdulfatai also led his troops in the offensive in recapturing Kawuri and Bama where he earned another letter of commendation for bravery.

His military commander in a letter with reference No: Hq26/TFBDE/G1/300/03 wrote thus: “I am delighted to observe that your action during the offensive operation of that day is worthy of commendation as you not only exhibited uncommon courage but exemplary leadership with encouraged many of the troops including my humble self. I am particularly honoured and privileged to have engaged in combat alongside such a brave and courageous officer and gentleman like you. You have proved by your action that you are an asset to the Nigerian Army and the country at large.”

A member of the NDA 47 Regular Combatant course, Abdulfatai was commissioned in September 2000 to the corps of Infantry.

He served as an instructor at Nigerian Defence Academy.

He was also Military Assistant to Chief of Staff Forces of the United Nation Mission in Liberia, Sector Commander at Op LAFIYA DOLE, Commanding Officer 195 Battalion Main and Staff Officer Grade 1 at the Nigerian Army School of Infantry.

He obtained Master’s Degrees in Public Administration and in Defence and Strategic Studies.

THIS IS THE MAN PRESIDENT BUHARI’S ADMINISTRATION HAS DECIDED TO FIRE!!!

MAY BE BECAUSE HE KILLED TOO MANY BOKO HARAM MEMBERS, WHO KNOWS?

Lest the South-west explode in our face…