BREAKING NEWS
GMT+2 11:33
Home Life ‘My Husband Torments Me, But I Need Him Badly’ 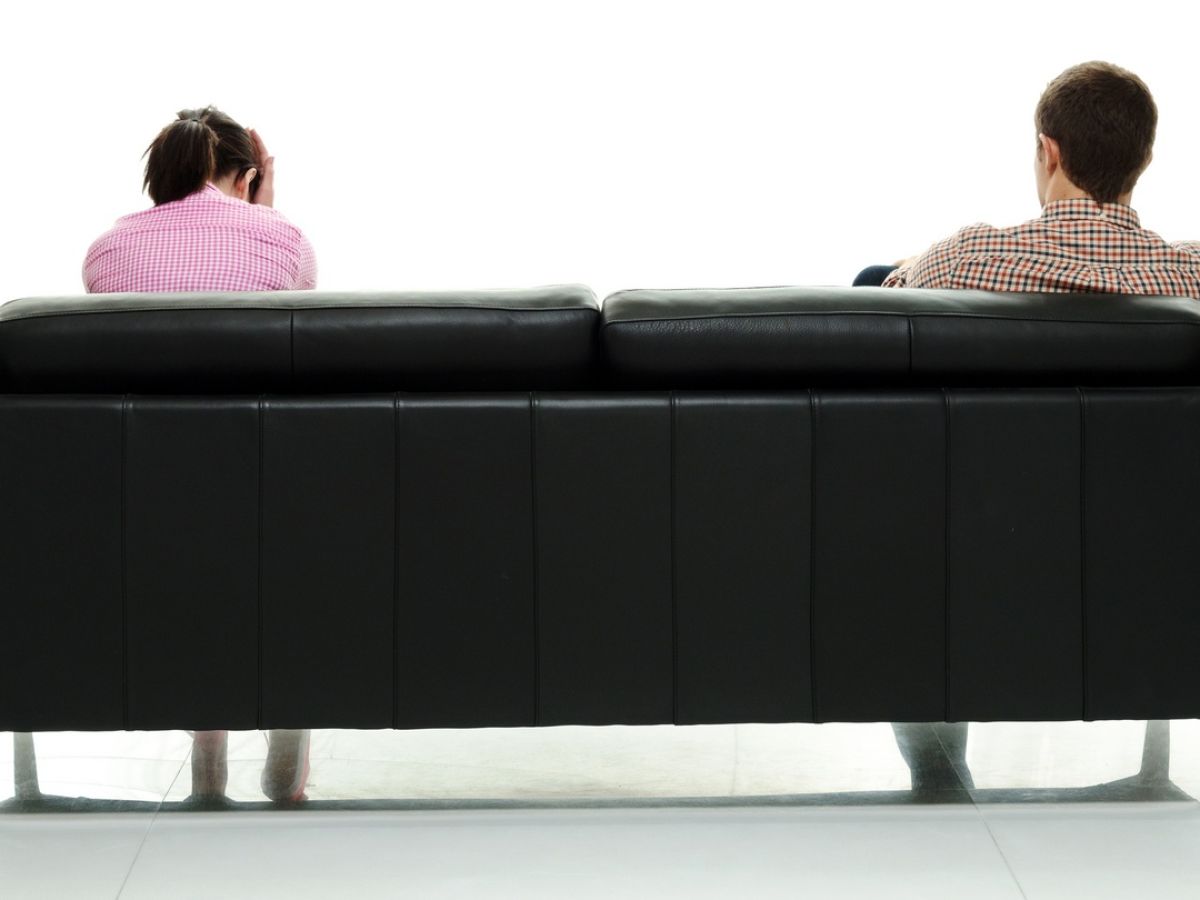 A 44-year-old woman is at the verge of quitting her marriage because her husband is tired of continuously “wasting his time, energy and body fluids” without any child to show for it. Getting him to sleep with his wife who is desperately and anxiously waiting on God for the fruits of the womb is said to be an arduous task.

According to the woman, “my husband is adding to my sorrow and frustration as a waiting woman. Only God knows what is actually responsible for needy situations like mine. I have tried all I could in terms of medical and spiritual solutions but it appears nothing is forthcoming. The last few months have become more difficult for me. I feel like doing the unthinkable because my husband has become more of an added problem to me than a fellow yoke bearer.

“We have both gone through series of medical examinations and we were given a clean bill of health. Since he was certified fit and virile, he began to torment me by denying me his time, presence and sexual obligation. For him to sleep with me once or twice in two weeks, it will take me constant pleadings, weeping, fasting and praying especially targeting my ovulation periods. It is over six years now and discouragement is setting in. Meanwhile, we were advised to maintain regular sexual intimacy but he’s not forthcoming about that.

“Another problem I noticed recently is his weak erection. To save face, he hinged his poor sexual performance and reluctant attitude on tiredness. The truth is that we need to keep meeting because we don’t know which one will click. As a man, he may choose to try his luck elsewhere but it is not easy for any woman to try such. I’m getting fed up and I wish God can remember me like He did in the days of old. (She weeps).”

She said her man may not be willing to speak with me because he is a very discreet and private person who does not like to involve outsiders in his family or private affairs. “Even his family members are not fully aware of what we go through except what is known to everyone that we are waiting on God for the fruits of the womb,” she explained. However, it would have been better to know why the man behaves that way beyond what his wife claims to know. Men do conceal their pains and keep to themselves what they ought to share with trusted friends and close family members. I wish to know his reasons and personal issues that provoked his attitude to his wife. While it is commonly psychological, some people’s own might be spiritual or emotional. Unknowingly, economic factor might equally be responsible.

As if this development is a wave, last weekend, I counselled four different families on the same issue of waiting. One of them said she had a miscarriage a few months ago but was planning to quit her marriage still. Another said she had given herself a deadline after which she will abandon her husband and relocate elsewhere. A particular woman is not waiting but she has to constantly be on her knees begging her husband for sex; and she will be lucky to have him once or twice a month. “Sometimes for four months we do share the same bed without touching each other. I can’t confirm whether he has extramarital affairs or not because I have no such time to police a man all over the place when there are more important things to do with my time. Men do what they like. Monitoring or trailing them could be counterproductive sometimes. I don’t believe in stalking my man at all. When he is through with whatever he’s doing outside, he will return home.” The visibly angry woman explained.

Waiting period is not an easy time. It is a trying and about the most stressful time any married woman would pray not to experience. Apart from deluge of advice from different quarters, diverse thoughts do come to mind. Only those who experience it could tell their stories. It is a double jeopardy if a waiting woman’s husband is experiencing erectile dysfunction. And sadly, such is the case with many homes. A research says about 70 percent of couples in marriage do experience sexual health issues from time to time. Apart from common narrative of poor lifestyle, diets and health conditions as basic causes of sexual problems, psychological issue is more pronounced in erectile dysfunctional cases. Reasons for this could be many.

According to Olubukola Adediran (aka Sister Bukky), a counsellor and an online Christian minister, “Waiting period for a woman is not a tea party. That is when she needs her man the most; but hey, such a situation do reveal the real man. The reality is that many people didn’t marry their choices. It is during testing and challenging periods that they discover who their spouses truly are. Those who married their choices or dream spouses will never abandon their wives in times of needs. They will go through it together. The thought of seeking alternative arrangement outside of their wives won’t fly with them. That’s the crux of the matter. It is when you remain affectionate with your spouse that you will be sexually active and responsive whenever you desire to meet. Everything boils down to the choices people make.”

Sister Bukky however alluded to the fact that in several cases of delayed conception, men are actually responsible while heaping the blame on their wives. “Such men hide their true health condition and medical records. They prefer to apply coercion, intimidation and threats to sow guilt into the mind of their wives. Some men are not truthful whereas they are the problem but they divert attention elsewhere to feel blameless. This is unfair. I’m not saying women don’t have issues of their own that could actually be responsible for their situation. It is both ways. To isolate women for blame in every situation is what I object to.” She added.

I want to add that marital relationship needs to be spiced, renewed and reinforced with friendship, sweet talks, flirting and hanging out. Love language should be employed by couples to improve poor emotional attraction and to overcome boredom and sexual weakness. It is understandable why romantic attraction gets relaxed and drained to a zero level over the years in marriage. Married men suffer erectile dysfunction more because of monotonous nature of living with the same sex partners everyday for many years especially in monogamy. Findings show that men in polygamy experience much lower level of erectile dysfunction probably due to availability of options and variety of partners.

Meanwhile, the use of romantic words and gestures can only be effective if the couple are at peace with each other and are the best of friends. Like Sister Bukky rightly observed, it is difficult to flow with a spouse you married just because he/she was the available option and not the real or desired choice. Talking romantic requires the right mood. The atmosphere at home must be conducive, warm and friendly. They have to be gist mates, giving sufficient attention to each other and become witty in their conversation. A high degree sense of humour, understanding and mutual respect are basic to building a lasting conjugal relationship. Men should cast aside ego and relate with their wives as friends and lovers in order to enjoy fulfilling sexual intimacy that would strengthen their matrimony.

The most daunting situation in marital life is to experience a prolonged waiting for the fruits of the womb with a man afflicted with erectile dysfunction. As common and familiar these challenging issues are, there’re medical solutions to them. Don’t give up, fight on until you win!

Re: Mixed Blessings of ‘Hired’ Spouses, In-Laws and Parents

The point is this, has he started sleeping with the elder sister? If he has, then his goose is cooked. In a business arrangement, sex should not be involved. But men take advantage of everything. – Otunba Sade Olukoya, Ijebu Ode

It looks very pathetic for the man to ask for the hands of the lady’s younger sister in marriage. It will cause a great problem among the two sisters which could result to death. I advise the man to forge ahead with the marriage until he achieves what he wants. Maybe later, he can go for divorce. The same problem happened to my uncle but he used wisdom to overcome it. As we speak, he’s married to the woman of his choice. Wisdom of God is the best solution to it. – Julie Madike, Enugu.

He had better win the heart of the senior babe and stay married to her. He should shake off the idea of getting the younger sister. Prayers for the senior babe, some sweet talks, patience and understanding will help instead of looking for a way out. He is God’s answer to the senior babe. She will grow to love and respect him. And he will also win the respect of the family. – Dr. (Mrs.) Anonymous

YORUBA NATION – The Treaty That Could Be A Potential Game Changer