BREAKING NEWS
GMT+2 11:51
Home Politics HE PREDICTED IT AND IT HAS COME TO PASS 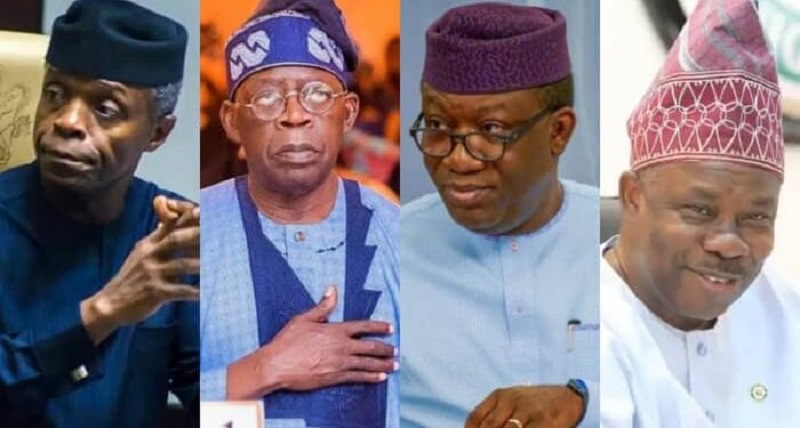 HE PREDICTED IT AND IT HAS COME TO PASS

Brief Letter to Asiwaju Tinubu and other Yoruba Presidential aspirants

Sirs, You are all seeking the Presidency of Nigeria with the hope that the Fulani leadership will hand over power to you

It’s is a pity. A deep sense of history would have taught you that would never happen.

Have you forgotten that Afonja formed alliance with Fulani, Alimi and Afonja was killed and his body burnt in the market place?

Have you forgotten that the demise of Yoruba Nation began when Chief Obafemi Awolowo joined the centre as leader of opposition in 1959?

Have you forgotten that SLA Akintola forged alliance with Fulani North and he ended up being killed on the street?

Are you so short sighted not to remember the case of MKO Abiola who built so many Mosques in the North, bought vehicles for several Emirs and built farms across the North, but they annulled the election he won. He was detained. He was once the person they used to counter Awolowo. They used him to set up NURTW to rival Road Transport Workers pioneered by Awo and others Abiola we picked like chicken and detained No single Emir or Fulani spoke for his release. He died with his billions of dollars and his chain of industries collapsed.

Have you forgotten about Gen Oladipo Diya who supported Abacha. They roped him in a coup and sentenced him to death. Today, he is half dead

Are you so short sighted not to realise that the Fulani hate Yoruba with passion and that they only used all of you in 2015 and now its time dump you? You are not aware that they want to conquer and subdue Yorubaland since 1804.

Does it mean you didn’t read and understand your own history?

You made a fatal mistake. If you were endowed with wisdom and a sense of history, you would have retained Regional Party and then negotiate with a written MOU giving you the opportunity to withdraw from the alliance any time. Look at the level of incompetence being demonstrated by Fulani? Look at corruption? Look at impunity and ethnic chauvinism under Fulani hegemony? Look at state sponsored, brazen terrorism, kidnapping and violent robbery?

Now, your alliance has sealed your lips against horrendous killings, kidnapping and raping of Yoruba women including houses wives, killing of Yoruba Kings and forceful occupation of Yoruba territories by Fulani armed men

You have sold out. You left your home naked and vulnerable. Your land, the Yorubaland is surrounded by armed enemies ready to conquer and famish the land.

You will go down in history as the worst set of tactless, careless, reckless leaders that have ever emerged in Yoruba history. You surround yourself with shallow minded advisers

Go and write it down. Atiku Abubakar will win the PDP primary.

None of you will win the APC primary. Atiku who was the Father of the Day in Buhari’s son wedding is the new choice of the Fulani

With your education, you are naive. We want to assure you that Yoruba Nation will emerge, with or without your support.

You will seek new alliances, it will fall on your face like red pepper.

Without you, Oodua Republic shall come. That day, many of you will cover you faces in big and terrible shame.

Fayemi Watches As His Security Escorts Brutalize A Road User, Damage His Car

Tinubu Knows He’s Lost Out. Now He Wants to Burn it All Down