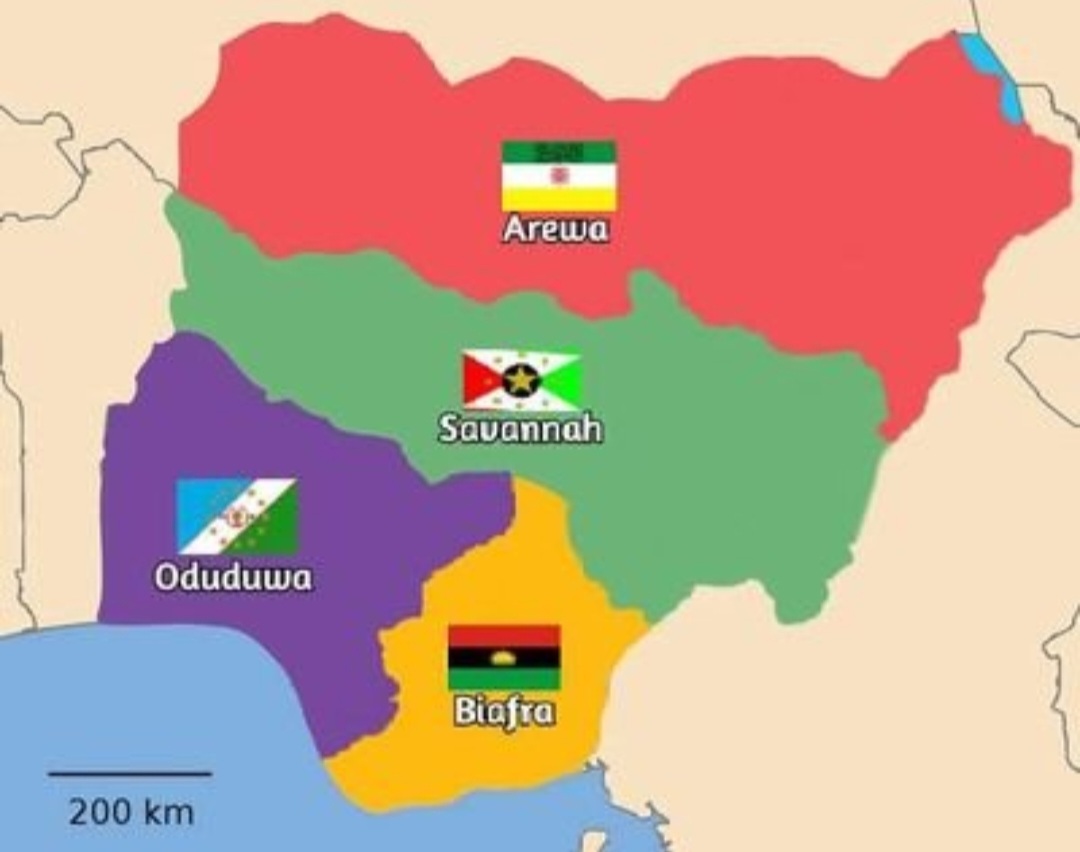 The gruesome murder of Deborah Yakubu

In 1995, a group of 9 Wahabist fundamentalists in Kano killed & beheaded a young Igbo Trader, Gideon Akaluka.

Remember Bridget Agbahime? She was beheaded in kofar wambai market in Kano and her head hoisted on a stick and taken on a victory parade afterwards. Her offence? She pleaded with a Muslim to not perform ablution in front of her shop while she was attending to customers.

Remember Eunice Olawale? She was stabbed multiple times in the stomach and eventually beheaded in Kubwa, Abuja for carrying out street evangelism.

On the 14th day of July 1999, a man called Abubakar Dan Shalla and five of his friends heard that Abdullar insulted the Prophet Mohammed (SAW). According to what Shalla told the police, “On Wednesday 14/7/99 at about 2000hrs after Isha’I prayers, Umaru, and Mohammed Sanib matcheted the victim Abdullah, then he, Shallar removed a knife and slaughtered the “deceased” just along Randali-Kardi Road near a burial ground of Kardi.”

Shalla and his five friends were charged for murder or culpable homicide before the trial Judge, Ambursa J. of the Kebbi State High Court on February 24, 2000.

He further stated that the Accused persons “were merely a bunch of blood thirsty and militant or religious fundamentalists who were all out to satisfy their vindictive zeal against the deceased.”

They were found guilty and sentenced to death.

Abacha executed all of them, except one,, Lamido Sanusi, the one who later on became the CBN Governor and the Emire of Kano after entreaties from some nothern oligarchs.

It is interesting to note that the person who led the group that begged for Sanusi’s life was Alhaji Umar Mutallab the Father of the infamous Underwear Bomber, Farouk Mutallab, his 16th Child. Mutallab was also a heavy sponsor of Islamic Activities in the 80s and 90s.

By May 1997, Lamido Sanusi was back to banking as he joined the United Bank for Africa (UBA) Plc, then newly-privatized, as a Principal Manager II in the Credit Risk Management Division.

You want to know how someone like him got accelerated up the banking ladder sọ fast? Check profile of Umar Mutallab.

Sanusi also became the CEO of UBA where he started working when he came back from Sudan and was Chairman of First Bank where he Became Executive Director in 1995.

On November 22, 2002, after days of sectarian violence linked to the Miss World beauty competition in Nigeria, the organizers announced late tonight that the pageant would be moved to London ”in the overall interest of Nigeria and the contestants.” At least 105 people have been reported killed in the after the Muslims in the north attacked their Christian counterparts.

The rioting started when northern Muslims protested the beauty pageant being held in Kaduna and then an article published on Nov. 16 in the newspaper ThisDay. The article implied that the Prophet Muhammad would have been happy to marry one of the contestants.

Nigerians must also remember that Sharia law is the customary law of most states in the North. The Federal law gives freedom of speech to all citizens on paper. The problem here is that Nigeria has a seriously defective law enforcing system controlled by the Fulani government.

Now, back to May 12, 2022 in Sokoto, Deborah, a Christian and a student of Shehu Shagari was murdered, butchered, and her dead body burnt by her fellow students and classmates for alleged blasphemy against Prophet Mohammed. After an outcry against this savagery, the police force in Sokoto announced the capture and arrest of two of the perpetrators.

This resulted in violent demonstrations and protest by Muslim fanatics demanding the release of those arrested for the brutal murder of Deborah. In their protests, they set Igbo businesses ablaze, burnt down churches and places of business. If these actions are not telling, I don’t know what is.

They successfully burnt ECWA church, they burnt down shops and stealing goods, with rioters running amok with no intervention from the armed forces.

The above are just a few of the hundreds of such cases since the advent of Alhaji Buhari as the head of state.

If this was in the south, where there is a protest not against the government, maybe NURTW skirmish or similar matter, there would have been one of (a) a counter protest; (b) their sponsors would have recalled them to base; (c) the police and security agencies, would have stepped in to quell it.

Over in Northern Nigeria, where their elites, under the guise of religion, hold sway over illiterate almajiris and literate but spineless ruling class, the likelihood of option (a) of the three scenarios above is zero; (b) and (c) are also near zero.

To be honest, many politicians and their elites from the region share the same ideology, the difference is that they are not almajiris; if in doubt, just take a look at the reactions of these oligarchs on social media to the recent mindless and shameless murder;

Maqari further stated that “curse or insult against the noble prophet is not allowed in Islam, and it won’t be tolorated or accepted by us. It is as simple as that.”

The man in the picture above is the chief Imam of Sokoto, Sheikh Mansour, he called on the police and demanded the release of the arrested murderers of Deborah. The imam also called for the immediate reopening of Shehu Shagari College of Education where the incident happened. (Shouldn’t he be arrested immediately to establish who is in power?) not in Buhari’s time.

They chant God is great while perpetuating these evil acts!

The scary part is how many of our so-called leaders from the north share this skewed and murderous sentiment and belief are in power at the state and the federal level? Are the problems of terrorism and banditry far fetched? I think not.

We don’t need to have one culture, religion and ethnicity to be a country. Many countries are like us in Nigeria, and they live with one another in peace. In some developed countries, there are states and federal laws that protect every citizen of those countries regardless of their religious beliefs and sexual orientation. Why are there no Federal laws to prevent such lawlessness in Nigeria, and if they exist, why are they not enforced?

Our differences must be recognized to the extent that all citizens, regardless of where they live at any point in time, enjoy certain basic rights, however, this is not so in Nigeria where a minority ethnic group dominates and oppresses the others.

The existence of that conflict of state and federal law is the very reason I’d say the notion of Nigerian citizenship is a farce. I’d make bold to add that there is no country where basic citizenship rights and privileges fluctuate from one region to another like it does in this contraption called Nigeria.

Each to its own. Those that wish to journey together can, the idea that the nation cannot be divided along certain lines is not enough to continue with what we have today which is obviously divided and not of the same ideals.

A multiple federation can come together to form a nation if they so wish, and stay within that federation’ They can control their own resources and conduct their policing and security, while defence can be done mutually for external threats.

It gladdens the heart to know that there are sensible, tolerant and good Muslims up north, in fact, a large number as this statement by Sanusi Lafiagi shows, he wrote, and I quote, “The lynching of Deborah Samuel in Shehu Shagari College Of Education is an act of barbarism, permissiveness, wickedness, religious bigotry, religious fanaticism and fundamentalism. The act is outright hatred of a fellow student of a different faith. That act can never happen in a decent and modern society where there is law and order. The perpetrators of the heinous act should be brought to an impeccable justice.”

they don’t want people to consume alcohol in their states, destroying alcohol beverages businesses, yet want VAT from taxes on alcohol from other regions (the south),

they don’t want to go to school, yet, they reduced the requirements and qualifications into higher educational institutions for students from northern states, and then make the half baked graduates Directors, Managing Directors, CEOs of big businesses and corporations, and also DGs of federal Agencies and federal ministers in federal ministries to the detriment of qualified and competent heads from other regions of the so-called federation.

ENOUGH HAS GOT TO BE ENOUGH!

The southerners cannot, and must not allow a minority group to hold back the development of their region any longer, they have got to put a stop to it.

RESTRUCTURING IS A MUST FOR NIGERIA TO REMAIN ONE!!!
Shekina!

My Hubby is Lazy, I Want to Quit!’

I Did Not Endorse Tinubu – Olu of Warri