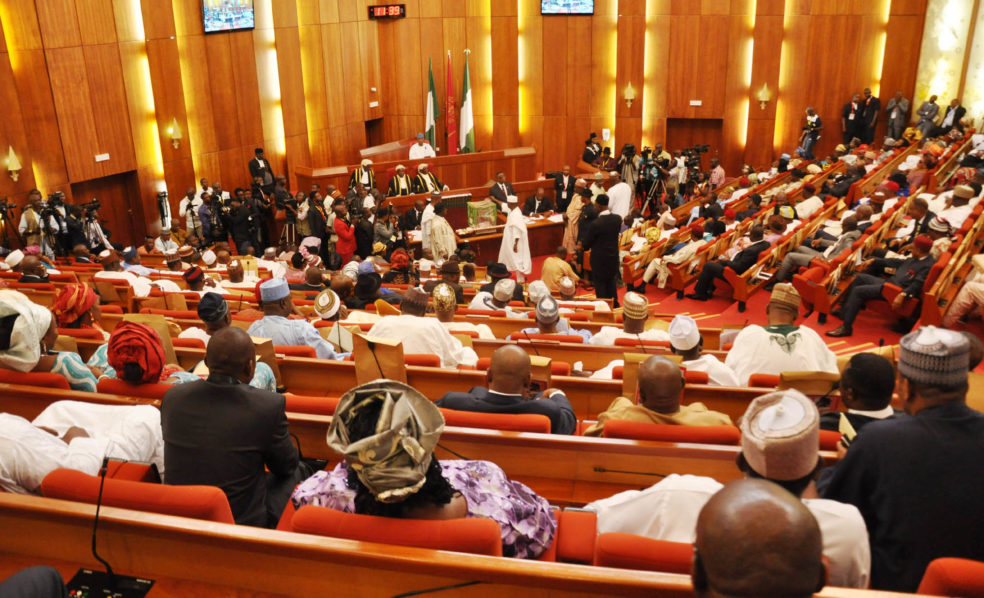 The Nigerian Senate In Session.

The Senate on Wednesday, made payment of ransom to kidnappers illegal in Nigeria as it passed the Terrorism (Prevention) Act, 2013, which prohibits such act.

The passage of the Terrorism (Prevention) Act 2013 (Amendment) Bill, 2022, followed the adoption of the report of the Senate Committee on Judiciary, Human Rights and Legal Matters at plenary on Wednesday.

According to NAN, the report was laid by the Chairman of the Committee, Senator Opeyemi Bamidele.

Bamidele, while presenting the report, said the bill sought to outlaw the payment of ransom to abductors, kidnappers and terrorists for the release of persons who had either been wrongfully confined, imprisoned or kidnapped.

Reason for the Bill

The Senate President, Ahmad Lawan, said that the bill is expected to complement the Federal Government’s efforts in the fight against insecurity when signed into law by the President.

He said, “It is our belief here in the Senate, that this bill, by the time signed into an Act by Mr President, will enhance the efforts of this government in the fight against terrorism, kidnapping and other associated and related vices.

“This is one piece of legislation that can turn around not only the security situation in Nigeria, but even the economic fortunes of our country.

“We have done so much as a government in terms of infrastructural development across all parts of this country but because security situation is not the kind of situation that we all want, this tends to overshadow all the tremendous and massive developments in our country.

“It is our belief that the Executive will waste no time in signing this bill into law.’’

What you should know

The Alaafin of Oyo, Oba Lamidi Adeyemi III, buried in the ancient town of Oyo.

Nigeria: At This Rate, There is Nothing Wrong With Breaking Up