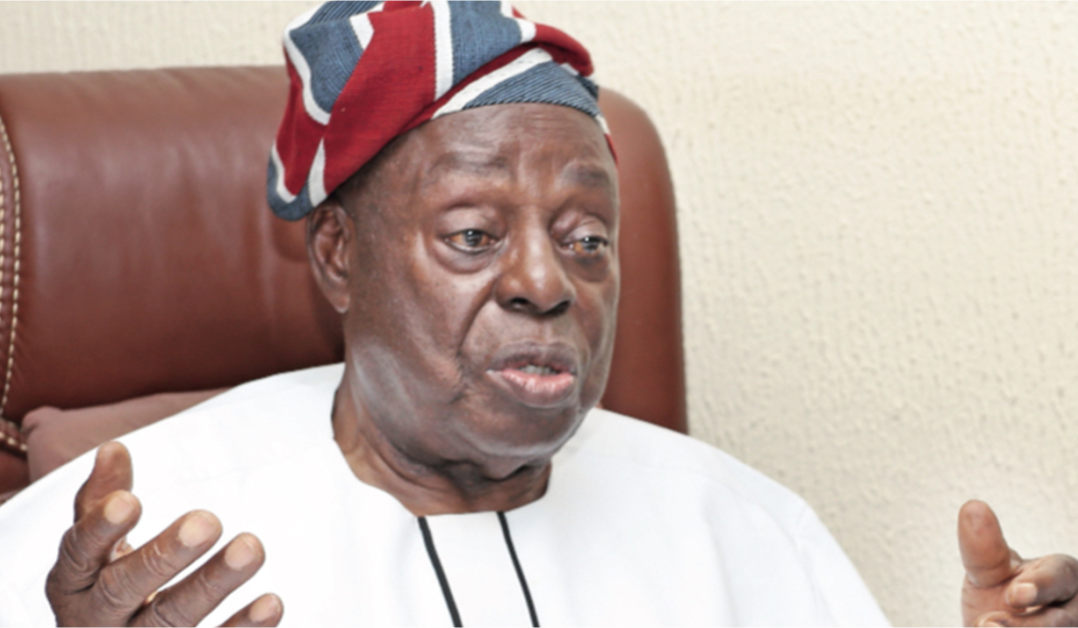 He said the elections should be suspended until Nigeria has “a new-look peoples’ constitution” that has part-time legislators and non-executive president.

Legal icon and elder statesman, Afe Babalola, has stressed that the 2023 elections should be suspended to avoid electing the same current crop of incompetent leaders.

Mr Babalola, during a news conference in Ado-Ekiti, said it was regrettable that the current 1999 Constitution, foisted on Nigerians by the military was no longer in tune with realities of the day.

“What this means is that any election that holds under the present scenario will end up producing transactional and recycled leaders, with no ability to turn things around,’’ he said.

He said the elections should be suspended until Nigeria has “a new-look peoples’ constitution which should provide for part-time legislators and non-executive president’’.

Mr Babalola suggested that an interim government should replace the current administration in 2023, at the expiration of President Muhammadu Buhari’s tenure.

He recommended that members of the interim government should be drawn from all living former presidents and vice-presidents; some selected ministers and governors and delegates of prominent professional associations.

The university proprietor advised that the new constitution which should be coordinated by the interim government, should spell out rules and regulations on improved qualifications of those contesting elections.

“The new constitution should also provide that there shall be no salary, but sitting allowances only for lawmakers.

“The new constitution should also provide a body at the local, state and federal levels to screen all aspirants on the sources of their wealth and means of livelihood, criminal record which includes pending suits,’’ he said.

The legal luminary added that any person that would become the president of Nigeria should not be older than 60 years of age and must have a varsity degree.

IGBO AND YORUBA ARE THE BIGGEST FOOLS IN AFRICA.

Nigeria’s Predicament: Referendum, Not Acceptable; Restructuring, No way; Self-determination; They Refused. What Else Is The Way Out?

KADUNA UPDATE: The Two-Day NorthWest Zonal Public Hearing on the Review of the 1999 Constitution