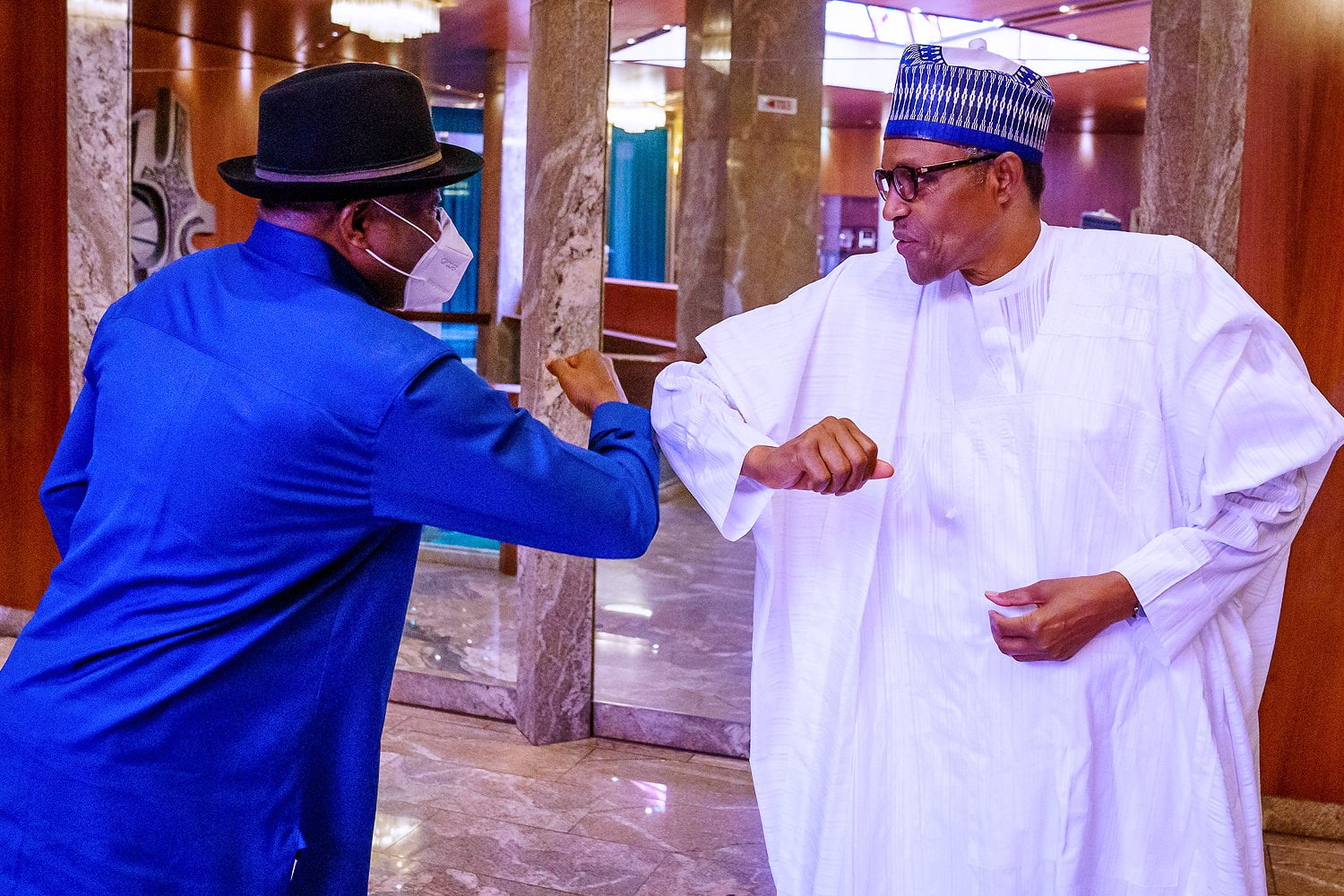 Former President, Goodluck Jonathan has replied his critics who accused him of handing over a nation at the verge of collapse to his successor, President Muhammadu Buhari.

Jonathan recounted the achievements of his government to include, handing over a country that produced the richest man in Africa.

Jonathan said, “I took over a Nigeria that was the second largest economy in Africa with a GDP of $270.5 billion in 2009,

I handed over dollar exchange rate of N187 per Dollar official rate in our banks, compared to their N560 now official rate for a Dollar

I also inherited a country where illiteracy rate particularly in the Northern part was alarming.

I handed over a country where every state in the North and indeed all the states had a Federal University. I inherited a country where there was total infrastructural decay in all the unity schools and colleges of education.

But I handed over a country with massive infrastructural improvement in almost higher institutions.

I inherited a country where agricultural inputs and production were almost zero.

My regime since the establishment of ecological fund office did more irrigation dams in the North and other parts of the country than other subsequent administrations put together.

I inherited epileptic fuel supplies resulting to endless queues at the filling stations. I maintained despite enormous challenges of fuel subsidies and handed over a relatively stable fuel regime and also at a managed local price of N87 per litre.

The former President further stated ” I inherited a country where people were almost losing hope on the credibility of its electoral process but I noticed that democracy will continue to grow in the African continent if leaders value the process of elections more than the product of the process. I handed over electoral process that engendered fairness in its conduct and conclusiveness “.

He said, “Even in the 2015 general elections in my country, Nigeria, there was potential for major crisis if I was not a President duly elected by the will of the people.

“The campaigns leading to the elections almost polarized the country into Christian vs Muslims and North vs South divide.

Most World leaders were worried that our elections will result in major crisis. Some pundits even from here in the United States said that those elections would spell the end of Nigeria and that we would cease to exist as a nation because of the polls.

That is where the leadership question comes into play. As a leader that was duly elected by the people, I considered the people’s interest first.

How do I manage my people to avoid killings and destruction of properties?

With the interest of the people propelling all the decisions I took, we were able to sail through.

My philosophy was simple. For elections to be credible, I as a leader, must value the process more than the product of the process. And the citizens must have confidence in the electoral body.

Pls circulate it for them to know. The deceit is getting too much

DHS considering asylum for migrants whose cases were terminated under Trump

EFCC: Why we don’t allow naked women to be clothed during hotel break-ins

Buhari Not Uniting Nigeria With His Appointments – Seyi Makinde