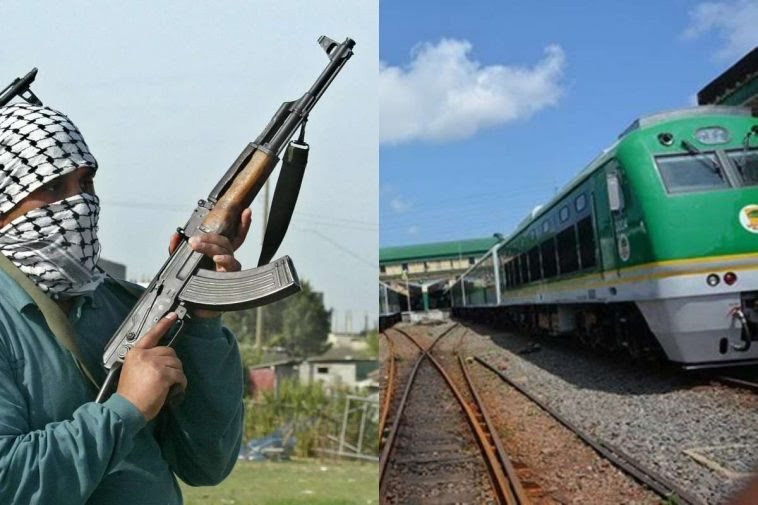 Many Nigerians have taken to social media to express their frustrations about the activities of bandit terrorists, kidnappers, and other criminals who are unleashing terror, pain, and hardship on citizens through their actions, the incompetence and the wilful negligence of the federal government in dealing decisively with these bloodletting savages.

The latest which is causing outrage on social media is the bomb attack on Monday night by bandits on a train travelling from Abuja to Kaduna with about 1,000 people on board.

As earlier reported by MaTaZ ArIsInG, bandit terrorists on Monday planted explosives believed to be IEDs on the rail track around Katari, Kaduna State which saw a Kaduna-bound train derail.

It was gathered that the train which took off around 6 pm from the Idu train station at the Federal Capital Territory in Abuja on Monday hit an explosive device about 30 minutes to Rigasa train station in Kaduna.

The attacks have sparked angry reactions from Nigerians who are lamenting the insecurity plaguing the country and the failure of Buhari’s government.

See some of the reactions culled by MaTaZ ArIsInG from Twitter.

Meanwhile, following the attack on an Abuja-Kaduna train on Monday night, the Nigeria Railway Corporation (NRC) has temporarily suspended its service along the corridor.

In a statement via its official Twitter page on Tuesday, the corporation said the suspension was due to unforeseen circumstances.

The NRC disclosed that further Communication would be made available to passengers in due course.

To those touting the infrastructural development of this government which to a certain extent rightly so now without adequate security and improved standards of living of Nigerians, these developments amount to nothing.

In The Absence of The Cat, The Mice Thrive

ON OSINBAJO & TINUBU — OF INTRGRITY, LOYALTY, & THE ETHICS OF PUBLIC vs PRIVATE INTEREST