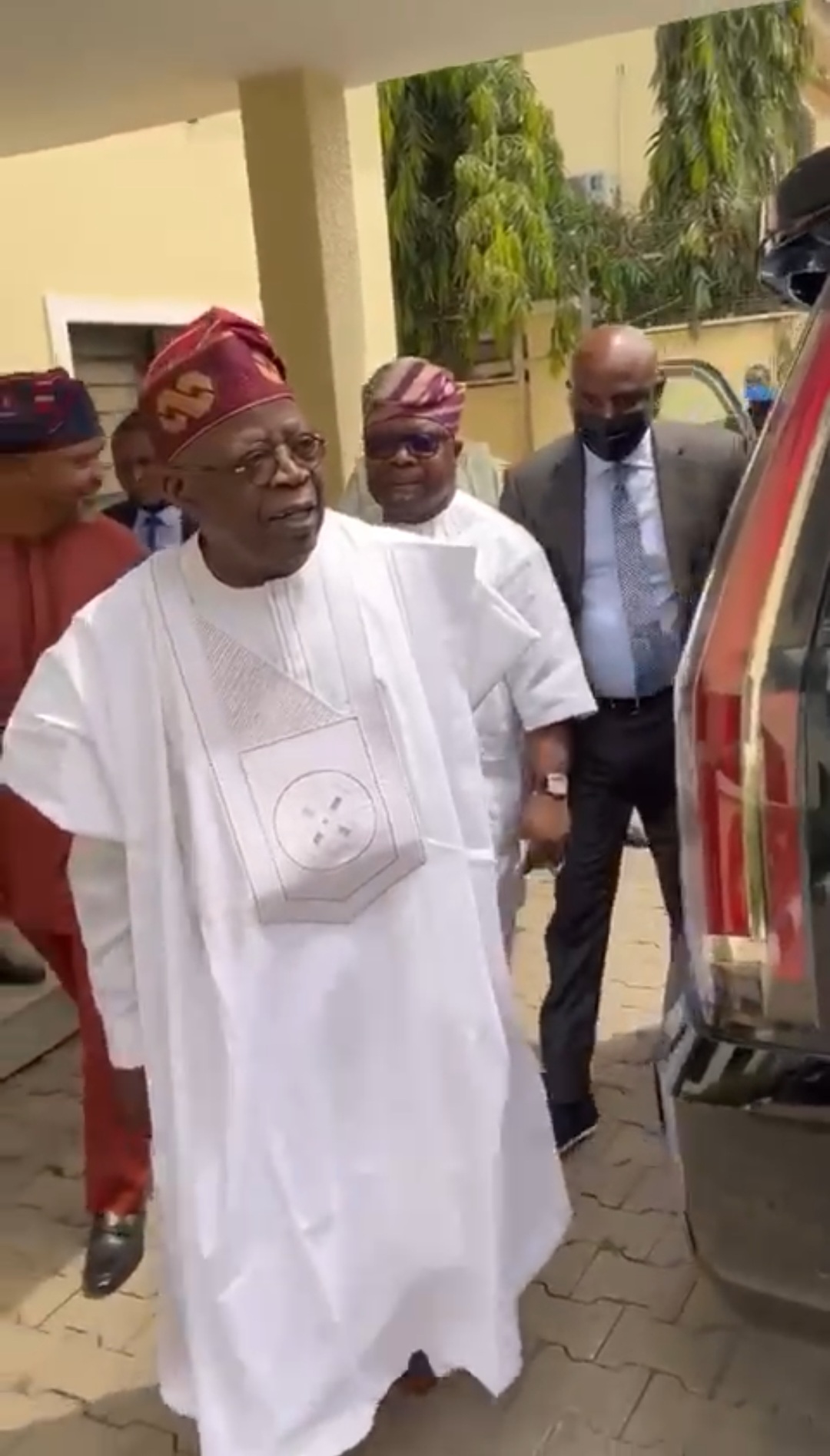 The National leader of the ruling All Progressives Congress (APC), and the presidential aspirant in the 2023 general election, Ahmed Bola Tinubu on Wednesday said contesting the presidency is a herculean task, saying he needed three critical things from Nigerian Senators.

He stated this while addressing the Senate APC caucus during a consultation visit to the National Assembly, Abuja.

He sought the “Counsel, Partnership and Support” of Senators so that he could be properly guided for a successful February 2023 presidential election which he would be contesting.

According to him, he fought for democracy during the military era to the extent that he was jailed alongside many other freedom fighters, among whom were Senator Abu Ibrahim from Katsina State.

He described the parliament as a strategic component to a thriving democracy, recalling that his being at the National Assembly was like a homecoming having been a Senator in the past.

He stressed further that, though presiding over the nation was his lifetime ambition, the struggle also, was borne out of deep knowledge, vision and experience, which he believed would help him to provide good governance for the country.

He said: “I seek your advice and counsel as stakeholders in this democratic journey. I seek your partnership in my quest to become the Presidential Candidate of our party and to win the general elections in February 2023 for all APC candidates.

“This is not about gaining power. It is about securing good government for the nation. Together, the executive and legislative branches of this democratic tree must strive to cultivate and bring forth good fruit for the welfare of the people.

“I have the experience, knowledge, vision, and resilience to lead the country.”

While commending the ninth National Assembly under Senator Ahmad Ibrahim Lawan’s leadership, Tinubu noted that the executive-legislature harmony which Lawan had ensured has created stability in the polity.

He noted that Senators have matched their works with their words, a development, he opined has put the All Progressives Congress-led government at an advantage ahead of other parties in Nigeria, adding that the APC will win the 2023 general election.

“The essence of representative democracy is the assemblage of the prudent and the wise to pass just laws for the benefit of the people.

“The legislation this body passes shall determine the fate of this nation.

“By what I have seen of your work and words, I can truly say this nation has been in good hands.

“Thank you for advancing democratic good governance and fair elections. Thank you for electoral reforms, particularly the recent Electoral Act amendments, which include the greater use of technology in the electoral process.

“The cordial relationship between the National Assembly and the Executive is something to behold. Democracy does not thrive when both arms are adversarial. More gets accomplished through cooperation than conflict.

“You have passed landmark legislation such as the Petroleum Industry Act that rationalises nearly every aspect of oil and gas production.

“Through your words and actions, you have demonstrated support for advancing democracy through bolstering the structures and processes of political parties, including our own.”

Reacting, the Senate President told the august visitor that Senators on the APC platform remain united more than in readiness to face the general election.

He said President Muhammadu Buhari has achieved a lot since he came to power in 2015 despite taking over governance at a period of deepened insecurity in the name.

Lawan assured Tinubu that APC will win presidency in 2023.

Still on Aisha’s birthday – Denials and the Hypocrisy of leadership

Ominira Yoruba 2022: The Inevitable Journey Out of Nigeria to a Sovereign Yoruba Nation Starts Now!!!

Buhari govt under fire for describing killings by herdsmen as ‘conflict’