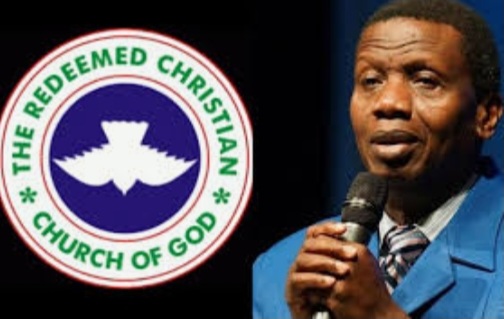 2023 – RCCG’s Support For Members; A Robust Discourse of An Alma Mater

One of the trending news in Nigeria today is that of the Redeemed Christian Church of God’s decision to create the “Office of Directorate of Politics and Governance,” to support the political aspirations of their members. This decision by the church has generated a lot of reactions accross the country which can be captured in the brilliant debate of one of my Alma mater’s platform. Please enjoy!

[3/11, 2:18 PM] Ad Ad: The first day Pastor Adeboye met Prof Osibajo God told him to address Osibajo as Excellency he was a lecturer in the university of Lagos then, on the issue of being a religious bigot his chief of staff is Muslim and they have been together since his days in the university of Lagos, there is nothing wrong in RCCG supporting their members going into politics.

[3/11, 3:19 PM] A A: In a pluralistic democratic society, it is best for religious organizations to abstain from actively campaigning for one candidate or another.

Engaging in partisan politics heightens the likelihood of avoidable religious war, and exposes religious organizations who “lose out” during election to being the target of unwholesome treatment by the winners, and ultimately diminishes religious institutions.

[3/11, 3:21 PM] A A: In the long run, it is not even in the interest of Christians, especially Christians, to be in support of religious organizations getting involved in partisan politics.

[3/11, 3:26 PM] T Ak: Amen! There are other ways to encourage members to vote their conscience and interest without being partisan. As usual, Nigeria’s Church leaders and followers will turn things upside down to justify their involvement in partisan politics.

[3/11, 3:28 PM] R Rich: What I know about all these sir is that it will create more divisions in the church. Segregation is one of the things affecting the church of Christ. I remember when Pastor Chris Okotie came out to contest, did he get any support from CAN or Christian bodies? NO. What we will be getting is it’s our Candidate and will make the G.O a demi god. Other churches won’t support it

[3/11, 3:28 PM] Ayo Dada: Senior Ad, I don’t see a problem in supporting their members who are interested in political office especially one of their renowned pastors. I think this should be expected. I understand the criticisms though.

[3/11, 3:31 PM] Ayo Dada: This is not about Christianity Rich, it’s about a denomination, they are not asking CAN, the Pope, or any Christian organization to join them against anyone, it is about their members.

[3/11, 3:34 PM] R Rich: That’s where the issue is sir. It’s not just about denominations (cos this has brought about division in the body of Christ) but about christianity. Supporting your member is great, but the Christians should do it as one

[3/11, 3:35 PM] Ayo Dada: Why should they be criticized for using their pulpit to support their member?

When an incumbent is running for second term, they use the bully pulpit of their office and the power of incumbency to their advantage. That RCCG is huge and a force to reckon with is not Osinbajo’s fault.

How is this a problem for the church Rich?

[3/11, 3:40 PM] Ayo Dada: Baba Adeboye has not said the RCCG will create an office to support Christians, they said their members who are interested in public office.

[3/11, 3:45 PM] Ayo Dada: The church is where they pay their tithes and offerings, where they support each other, celebrate one another’s weddings, funerals, chieftaincy titles, anniversaries, etc. So why can’t they support the candidacy of their members?

Will it not be hypocritical to now say you can do all the above, which have different offices for different occasions, to now say no, they shouldn’t and can’t support their members for political office.

[3/11, 3:47 PM] Ayo Dada: That’s not the point Tunde, whether their support for their members translates to victory is another issue. The point is that, the have every right to support their members, and if they want to create an office for that or whatever, so be it!

[3/11, 3:54 PM] Ad Ad: The two societies are miles apart, in terms of potential for violence to settle election issues. Of course, Jan6 insurrection might suggest otherwise but so far, it appears to be a one off.

[3/11, 4:00 PM] Ad Ad: AY, having a right to actively engage in partisan politics is not exactly the issue, but whether it is desirable to do so giving the state of our political maturity.

Additionally, whether it’s likely to further blur the line that ought to separate religion from politics, and consequently diminish religious freedom, rather than enhance religious freedom. Those are the critical issues.

[3/11, 4:01 PM] Ayo Dada: The answer no one seems to be answering is, what is the problem of a Christian denomination supporting their members? Who do we want them to support?

What can be worse. Well, thus far, religiously inspired riots have been limited to the north, from as far as I can recall, Maitastine being one.

How about if religiously inspired riots spread across the country, and it could with this new found partisan politics kool aid by RCCG.

Anyone who cares … should study Lebanon’s sad case and see the negative impact of religions in politics in a multi cultural and multi religious country.

[3/11, 4:13 PM] Ad Ad: AY, handing over state property, Aquinas College, to a private organization, in this instance, the Catholic Church, is nothing but robbing Peter to give the loot to Paul.

No decent organization that has conscience would step forward to be a beneficiary of unjust enrichment.

[3/11, 4:13 PM] Ayo Dada: Egbon mi, it’s not for lack of trying, it’s because the Southerners fought back the jihadists. That’s for another day.

So for unwarranted fear that our Muslim brothers in the north may feel offended, and or be afraid of a Christian denomination church, RCCG should not support their candidates. These are the same people practicing Sharia, destroying alcohol, amputating limbs, fighting against western education with Boko Haram and the born to rule mentality and collecting VAT money coming from the ses of alcohol that we are trying to please?

Egbon now! Don’t you think it’s about time, something gives.

I am 1000% in support of RCCG on this one! The only time I will consider to condemn their action is if, and, or when they establish a political party under any guise. Until then, I am sold to this their decision.

[3/11, 4:15 PM] Ad Ad: Snr. Ak,
The Lebanon example is one I remember very well; back in the 80s, with the killing of the Genayels, Sabra & Shatila, etc. Indeed, it marked the beginning of the end of peace in Lebanon.

Thank you for the example.

[3/11, 4:21 PM] Ad Ad: I take it you mean Christians should support a candidate as individuals, not as a bloc united by religion. I agree.

[3/11, 4:29 PM] Ad Ad: When there is clear indication that partisan politics is an official policy of a religious organization, others would copy and paste the policy (practice) and from there we just watch the combustion take shape.

Even as Iwo is predominantly a Muslim town … the sect you belong matters in being able to win an election in the town.

[3/11, 4:33 PM] Ayo Dada: They passed laws to take out prayers from schools in America, to remove the 10 commandments etc, we will confront that issue if it ever raises it’s head.

[3/11, 4:38 PM] Ayo Dada: We should be careful when we talk about being partisan. Members of RCCG belong to every party in Nigeria including the poor people’s party, so their support is for their members and not they parties represent.

[3/11, 4:38 PM] Ayo Dada: We should be careful we talk about being partisan. Members of RCCG belong to every party in Nigeria including the poor people’s party, so their support is for their members and not the parties represent.

But the issue is that their members seeking political positions will do so under different parties.

Bad feelings will arise in zones when a member loses … or when the other non-member wins and wants to “deal” with RCCG’s members in that zone or state.

Remember how PMB felt and for some earlier statements that he made because Ibos didn’t vote for him. Though, his government is executing a lot of projects in SE now … his popularity/acceptance in SE still suffers for that.

[3/11, 5:38 PM] Ayo Dada: Very good points too egbon TO, but the church is a representation of the larger society. No matter the religion, and or the denomination, it’s human nature for these to happen, though more pronounced in some cultures.

The above happen a lot in Royal families, even on whatsapp and other social media forums. Wherever we have 12 people in a place, there will be different opinions, views, ideas, ideologies and a traitor.

The beauty of humanity is that, we adapt, evolve and confront issues that beset us as we go, and so, we can’t let the fear of what may, or what if stop us from pursuing our goals. He wo dares no to, dares to fail. You don’t know unless you do it, and we live and learn.

[3/11, 5:57 PM] Egnr Adf Adt: Every organisation has the right to patronise their members who engage in any Godly venture.
I am not sure this is the first time this is happening.

[3/11, 6:16 PM] Egnr Adf Adt: Why all the cries? The man, PYO will still pick a Muslim as his Vice if and when he decides to contest.
Mind you RCCG has not made any pronouncement in respect of PYO’s interest.
Let us look at another dimension, I think, BAT’s wife is a pastor in RCCG! I can’t see any course for alarm. There is nothing Baba Adeboye can do to make every member of RCCG vote for PYO. IMPOSSIBLE!

And the discourse continued…

Every opinion and views expressed above is highly respected and valued! Thanks to my Alma Mater for this brilliant debate, much appreciated.

In Defence of the Mosquito

The Emirs Are Alien Rulers: They Must Vacate the Northern Kingdoms and Give Hausaland Back to Its Ancestral Owners

Ladies & Gentlemen, Please Rise Up to Recognize the Presence of Thieves