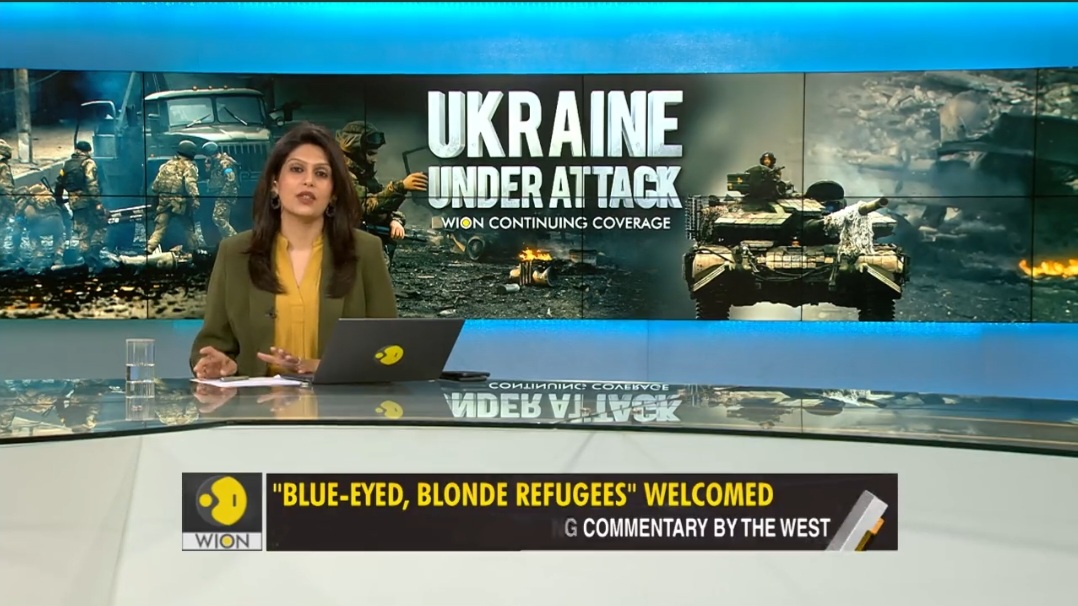 Yet many Africans will not see or note the racist undertones in these comments.

They will continue to swallow the rubbish the western press and governments dish out!

“What’s compelling is looking at them, the way they are dressed. These are prosperous, middle-class people. These are not obviously refugees trying to get away from the Middle East…or North Africa. They look like any European family that you’d live next door to.”

“We are in the 21st century, we are in a European city and we have cruise missile fire as though we were in Iraq or Afghanistan, can you imagine!?”

This time, war is wrong because the people look like us and have Instagram and Netflix accounts. It’s not in a poor, remote country any more. – Daniel Hannan

“The unthinkable has happened…This is not a developing, third world nation; this is Europe!”

AFRICA, FIX AFRICA, THEY DON’T CARE ABOUT YOU!

Invasion of Igboho’s home ‘stinks’, Soyinka wants Nigerian govt to apologise to Him

A Nation In Crisis – 2023: Leadership, Creativity And Innovation -By Richard Odusanya

Yoruba Nation Anthem At APC Convention, A Sign of Things To Come? (Video)