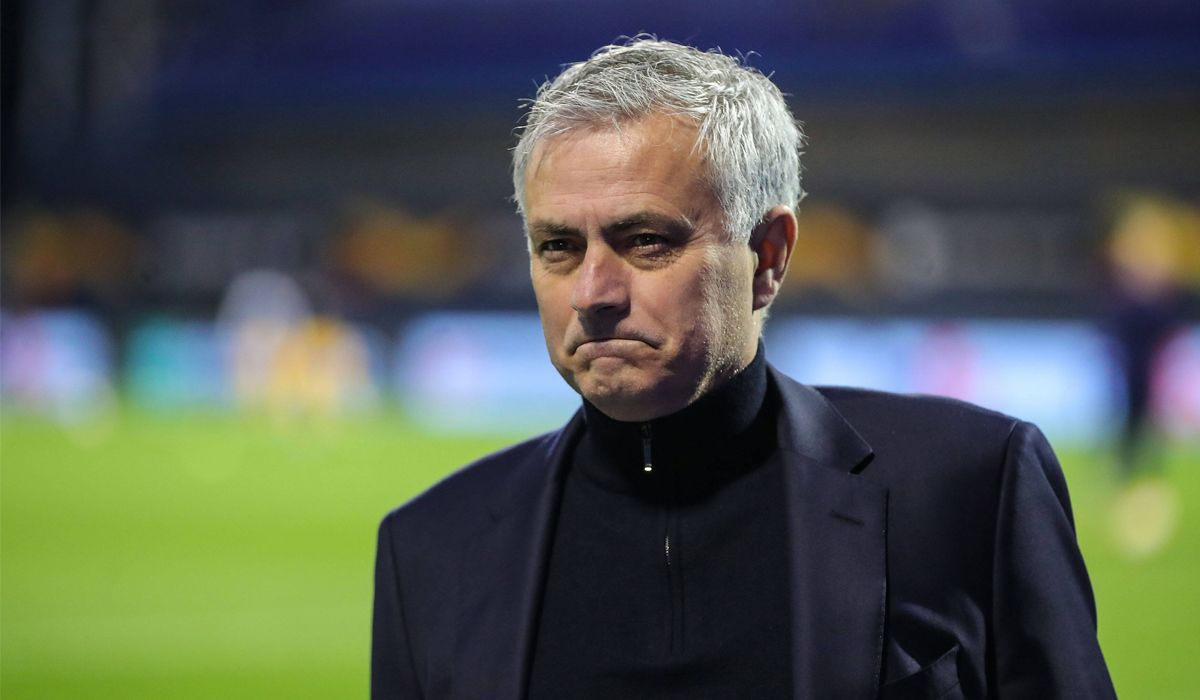 Nigeria  Football Federation boss Amaju Pinnick says the federation held talks with Roma manager Jose Mourinho in its search for a coach for the Super Eagles, The PUNCH reports.

Pinnick, who stated this during a media parley with sports journalists in Lagos on Wednesday, said the Eagles would get a new coach “within the next week or so”, meaning interim coach of the team Austin Eguavoen might not take the squad to the 2021 Africa Cup of Nations, which begins January 9, 2022 in Cameroon.

Eguavoen took charge of the side on a temporary basis following the sacking of Franco-German Gernot Rohr December 12, but Pinnick stated that the federation was in advanced stage in its search for a permanent replacement for Rohr.

The NFF boss confirmed that they had held talks with Serbian Mladen Krstajic and Jose Mourinho in their bid to get a top-class coach for the national team, adding that Portuguese Jose Peseiro, a former Real Madrid assistant coach and FC Porto head coach, was on the three-man shortlist for the Eagles coaching job.

“The emphasis on the new coach is discipline. We will look at his antecedents on discipline,” Pinnick stated.

“Secondly, we will also look at how hungry he is to win trophies because if they are hungry it supersedes so many things and if he wants to win he will instil discipline. We will look at all these things but I cannot make a pronouncement emphatically because I will be undermining my executive committee.

“So, until my executive committee comes out within the next week or so to say this is the name because the technical committee has to bring their presentation to the executive committee. It is going to be a seamless movement to the current team headed by Eguavoen.

“But we have spoken to three top coaches and Peseiro, whose name has been going around, is one of the coaches and I can tell you he is a top coach.”

He added, “We also talked to Mladen (Krstajic) but after talking to him he got a job with a top club in Israel, Maccabi Tel Aviv. You can see these are coaches that are hungry and ready to take Nigeria as a home; they are people that we know are ready to face the challenge from the 200 million Nigerians.

“They are coaches who the players cannot be bigger than and I believe we are doing everything we can and that’s why we interface with the ministry on every level.

“Of course Mourinho, I am not going to tell you we didn’t talk to Mourinho because we did and the (sports) minister also talked to Mourinho and there is nothing wrong with it.”

Pinnick refused to mention the coach who will manage the Eagles at the AFCON, but hinted that the new coach would hit the ground running immediately he’s appointed.

He added, “If the coach will give us the Nations Cup, he will be drafted in immediately. I am not going to tell you that it will be later, because of what essence is the recruitment? If the executive committee says yes and we are ready, what are we waiting for?

“When I spoke with one of the coaches on Tuesday, he was already scouting our players and was telling me things I didn’t even know about our players. It was quite impressive and he told me the strength of each player and he took me off guard. We are not going to experiment and if he can win the Nations Cup, no problem.

“We know Eguavoen can do it, but we also want someone who can do it better. If we are unable to sign him soon, then we will work with the current team. But I am not going to tell you that if we have him signed today, he is not going to lead the team to the AFCON.”

Our correspondent learnt Portuguese Peseiro is a strong contender for the Eagles job, having recently resigned from his role as head coach of Venezuela, thus fuelling speculations he was set to be named as the new Eagles gaffer by the NFF in the coming days.

Peseiro, 61, was an assistant manager at Real Madrid in the 2003/04 season and has loads of experience managing Portuguese club sides Sporting Lisbon, Braga. He led Sporting to the 2005 UEFA Cup final, where they lost 3-1 to CSKA Moscow, before managing giants Porto in 2016.

He was also in charge of the Saudi Arabian national team. In his 29-year managerial career, he’s won two trophies – the Portugues League Cup with Braga in the 2012/13 season and the Egyptian Premier League with Al Ahly in the 2015/16 season.

Culled from the PUNCH

MONDAY LINES:2023: Some proverbs for the North and Tinubu