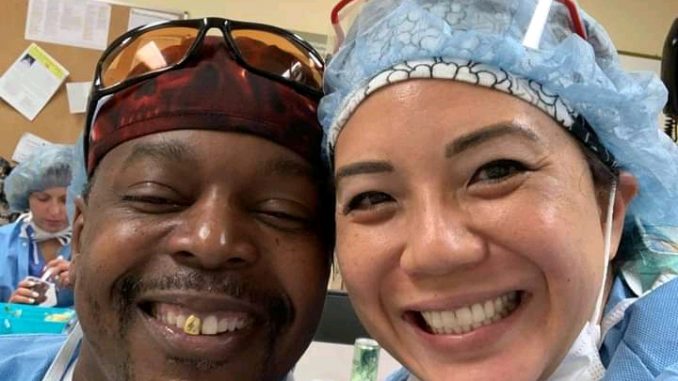 Md. Man Admits to Murdering Ex-Girlfriend on Facebook Livestream Before Killing Ex-Wife and Self (Video)

“Today’s the day,” Rajaee Black said in a livestream from outside his ex-wife’s home CHRIS HARRIS

The footage is haunting: Staring vacantly into the camera lens of his smartphone, the man confesses to murdering his pregnant ex-girlfriend.

“Anyway, I just did something crazy,” explains the man, identified by Maryland authorities as 44-year-old nurse anesthetist Rajaee Black. “I just shot my ex-girlfriend in the head. Felt like a dream. I never thought I would be that guy. I can’t go to prison, so the person that really started my depression and all of this is my ex-wife. So, she next. Then I’m going to do myself too.”

Seconds later, there’s the sound of a door opening. “Oh, there’s my ex-wife right now,” he says, turning the camera towards her as he starts charging for the door. “Today’s the day,” he says, as the video cuts.

According to Baltimore Police, Black showed up to his ex-girlfriend’s residence in the city’s Federal Hill section Saturday afternoon.

Police responding to an alarm call received at around 1:30 p.m. arrived to find Tara Labang, 41, deceased inside.

Investigators in Howard County allege that Black then drove 30 minutes to Columbia, Md., and the apartment of his ex-wife, Wendy Natalie Black, where he streamed himself for a just over 90 seconds before hunting down his ex-wife.

In the video, Black claims he was accused of molesting his children amid a three-year custody battle.

Authorities say Black shot his 42-year-old ex-wife to death before ending his own life.

Both were inside their father’s BMW X3, unharmed. The vehicle was parked in the apartment complex’s lot.

“The children have been placed in a safe environment and did not witness the incident,” according to a statement. “Police are not releasing the names, genders or ages of the children for their privacy.”

Harrison added: “This is what we’re talking about all the time with guns and domestic violence and the willingness of people to use these guns to take out their anger to solve conflict.”

If you are experiencing domestic violence, call the National Domestic Violence Hotline at 1-800-799-7233, or go to thehotline.org. All calls are toll-free and confidential. The hotline is available 24/7 in more than 170 languages.

Why I made a u-turn on amnesty for bandits – Matawalle

I Blame Jonathan For Nigeria’s Dilemma

A NEW NAME FOR BANDITS OF THE NORTHWEST