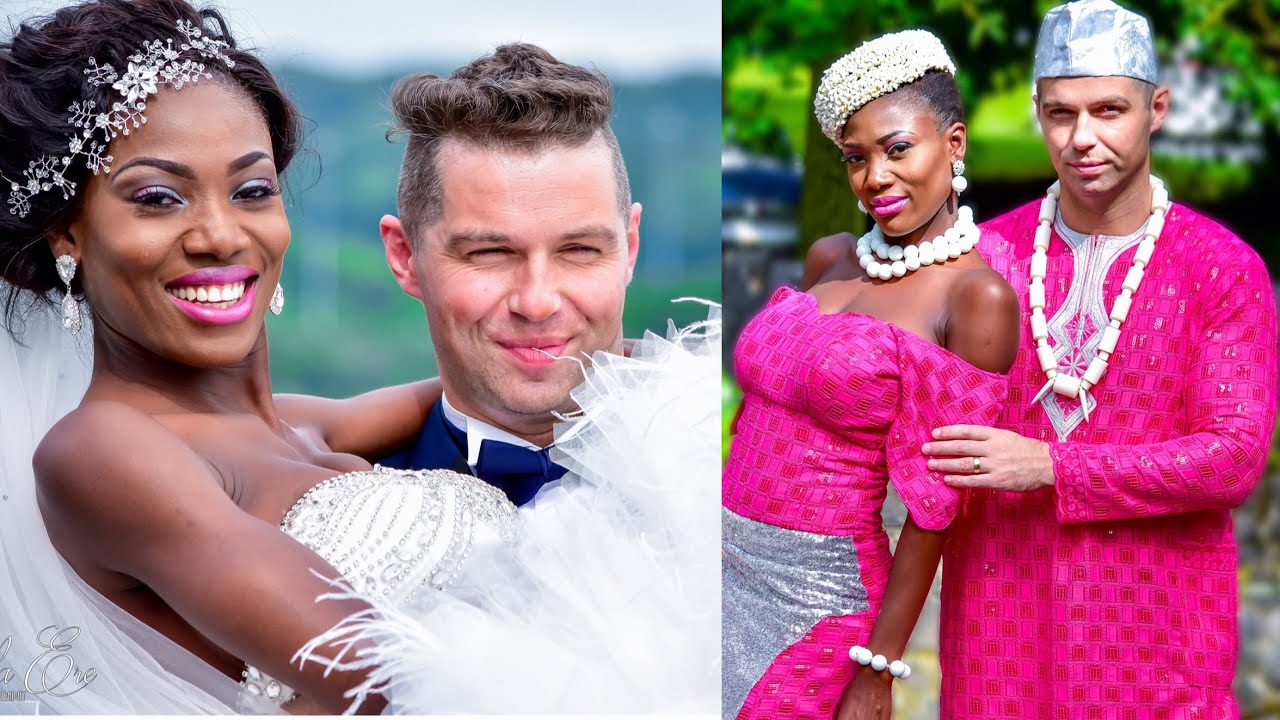 Have you been privileged to listen to the heartfelt complaints and longings of Africans, Nigerians in particular, who engaged in interracial marriages with the white, black or Asian people? What looks fanciful, enviable and admirable couple’s life to the outside world is not always the bed of roses or a Paradise of sorts in reality. Beyond the facade of glitters and razzmatazz of superficial exotic lifestyle, there exist some voids and cravings that the African spouse is longing for in the relationship which only his/her kinsfolk could fill.

This does not necessarily depict the situation is the same in every interracial marriage or relationship, not at all, but it is a true situation of not a few, particularly men, that found themselves married to foreigners. Many of those who engaged in interracial marital relationships did it for the fun and benefits inherent in it. Most of the relationships are based on fantasy and goal-chasing optimism. Everything a man does must be well thought out and diligently appraised before embarking on it. Even Jesus Christ admonished that we must count the cost before embarking on building projects. (Luke 14:28-30). Likewise, those going into interracial marriages should consider the flip side and count the cost in terms of social and cultural differences as well as in tastes, lifestyle and belief system. Hurdles of dietary restrictions, acclimatization and economic status are critical to engendering a successful interracial marriages.

Quite a number of people are fortunate to get it right. Some white women could go the whole hog to adapt to the cultures and environments of their black spouses including learning their languages. A German who married a Nigerian man preferred to spend her annual vacation in Nigeria. Each time she came, she would insist on going to her father-in-law’s farm in the remote village. There, she would do whatever she liked and cooked food the local way. While her husband was feeling odd at peasant farmers’ lifestyle, his German wife was busy enjoying herself.

A Nigerian in the United States settled for an American as her spouse. The union which initially didn’t enjoy the support of her mother later turned out to be celebrated because the American took a passionate interest in the language, food and culture of his Nigerian in-laws. The white guy enrolled for classes where he’s learning the language of his in-laws. “To my amazement, he’s been trying to pray and communicate with my mom in our local language. He prefers eating our local foods and he flows very well with my people. He’s a wonderful man. I’m happy to have him in my life.” The wife excitedly explained.

Recently, I watched a video of an Igbo man who is married to a white woman with beautiful children. They all understand and speak Igbo language despite being born and bred overseas. These are some of the encouraging stories about interracial marriages.

Conversely, however, there are cases where ulterior motives, greed and desperation for foreign nations’ citizenship are the factors that lured some people into interracial marriages. Such people, men in particular, do file for divorce as soon as they get what they want from or through the women. While majority of the men go into interracial marriages for reasons other than true love for their spouses, language barrier, cultural differences and lack of fulfillment are some of the factors identified as creating a void in the relationship.

“I must confess, I feel some void in my marriage with my oyinbo wife. She’s good, caring and peaceful but I still have this craving for something indigenous though I can’t really place it or identify the specific thing the craving is all about. The reality is that as much as I tried to pretend that I’m satisfied with my choice of a life partner, there’s a silent but strong longing for a typical Nigerian woman in me. Sometimes I can’t enjoy conversations with her because I have to translate every proverbial and idiomatic expression to her to avoid trouble. There’s nothing mutual we can relate with from childhood or adolescence or school years to feel nostalgic about. There’re no shared cultural experiences to learn from. There are limited stories we can both relate with unless I go all the way to narrate the whole story from the beginning so she can understand and flow with it. At some point I feel tired and disconnected with her. Even her tastes no longer align with mine. Our body chemistry began to wane. I started feeling like quitting as she began to look aging with wrinkled skin. I tried to reignite the sparks of affection and attraction but hey, it’s not working. At that time, I began to admire our African women, Nigerian ladies in particular. I began to feel nostalgic about home and our communal lifestyle. The banters and pranks; the jokes and funny scenes, stories and memories. One day I broke down in tears because I felt I have missed it just because of fantasy and craze for becoming a citizen of a white man’s country. The whole thing fizzled out and I became empty, looking for fulfillment in my Naija root. My brother, it is not every fantasy that is worth the value we placed on it. Some are just emotional haze that disappears in a jiffy. It is better to think twice before rushing into interracial marriage. I have no problem with her but something deep in me is craving for a companion from my root.”

In view of the silent but simmering marital distillation occasioned by interracial marriages, the unpleasant development is the consequence of ulterior motives involved in interracial marital relationships. However, it is natural for such people to feel voids as interracial relationships are not always as satisfying as many people erroneously believe it to be. All hope is not lost as the situation can still be remedied by applying the following tips:

• Acceptance is key in such a relationship. Accepting your spouse with all the cultural, social and racial differences is the hallmark of a mature partner. Once a decision is made to go that route, be ready to go through it with whatever the journey presents to you.

• Adapting to the new environment and lifestyle is expected. This is why one has to consciously work on the relationship by learning the way of life of your spouse in the areas of food, language and interactions. Mode of dressing and religious beliefs or style of worship need to be learned and inbibed; better still, it should be respected if there’s an understanding to maintain individual sect.

• True love should be the anchor for interracial marriages. Any other reason or reasons will turn the relationship into a business transaction. Deception is not permitted in marriage but it is common in interracial marriages. Pretending to love when in fact you’re looking for a means to live abroad or become a citizen of the spouse’s home country, and after achieving it, will start looking for avenues to quit. They do this by allowing some minor issues to fester and get escalated to the point where it will end in divorce. This is not a fair deal at all. This is why foreigners are more circumspect and suspicious of our men these days whenever they come with marriage proposals.

Re: Hotels and Risk of Ritual Deaths

You are right, Michael West. Terrible things are happening in the so-called hospitality industry. It was God that saved me in Gwarimpa, Abuja, two years ago when I lodged in a hotel and by 1.30am, I started hearing some sounds that looked like forceful breakages in the rooms that were very close to mine. Behold, I started praying, and calling friends and family members, soldiers and Police officers that I know, describing the hotel location and telling them my every hour experience.
It was not long before they got to my door, and they wanted to use their spare key to open the door to my room, not knowing that I had used everything possible to lock the door from within. They heard me making calls to security agents, apart from making loud prayers. It was hell. The battle raged till about 4am. I checked out the following morning to a friend’s house.
We have serious problems in this country. Only God can bail us out. – Prof. Biodun Akinpelu, Lagos State University, Ojo, Lagos.