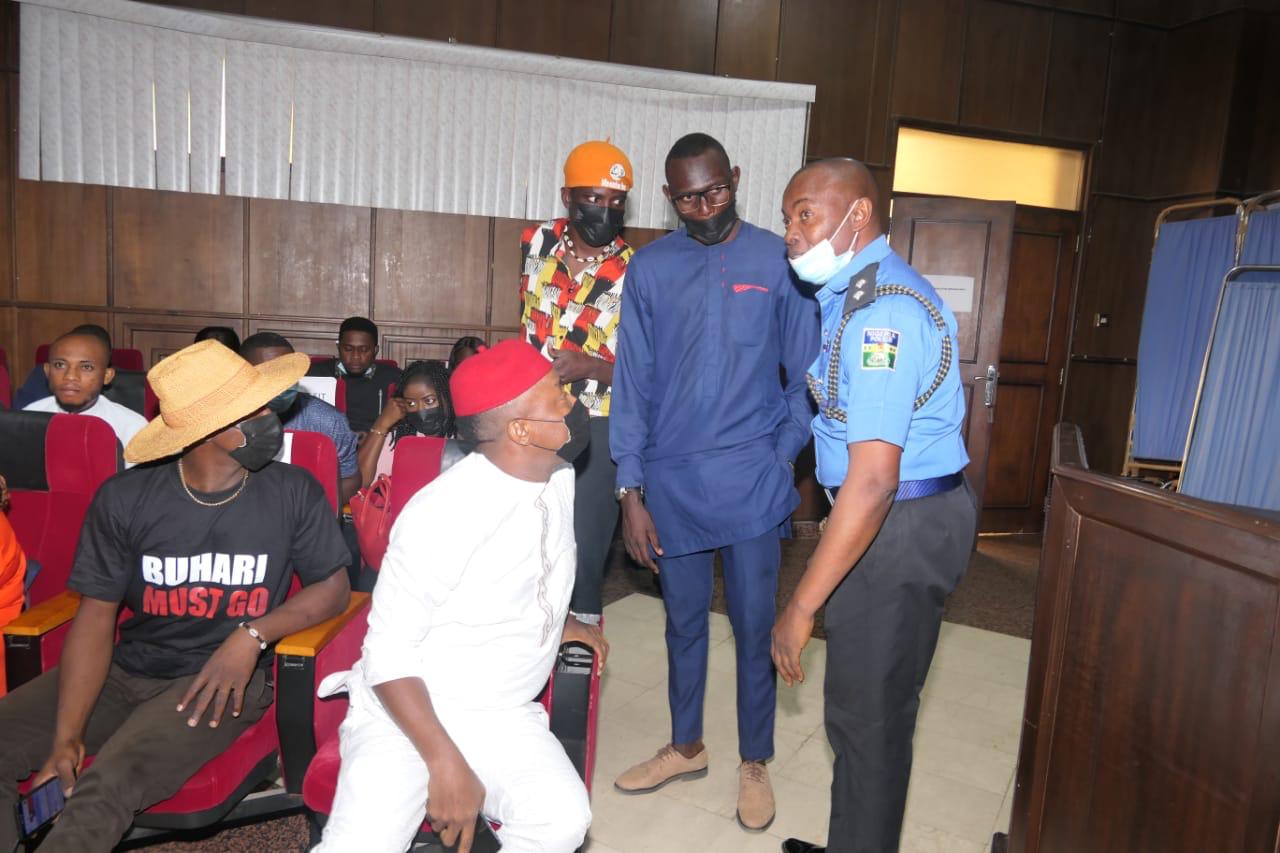 Sowore chats with a police officer in court

Nnamdi Kanu’s Trial: Deadly Attack on my person at the Federal High Court in Abuja – Sowore

I was at the Federal High Court in Abuja today to cover, observe and witness the trial of IPOB leader, Nnamdi Kanu before Justice Binta Nyanko.

Soon as court proceedings ended I left the court room and tried going to my next assignment in the Federal Capital Territory (FCT) Abuja.

A soon as I reached the gate of the Federal High Court I was alerted to the large presence of thugs and hoodlums carrying dangerous weapons. I had been briefed that these persons were mobilised by Nigeria’s secret police known as the DSS. During my last appearance in court for the same purpose, they physically attacked me while the DSS and police pushed me back to them, this was captured on tape.

My lawyers wrote a petition to the police and the DG of DSS specifically requesting for the prosecution of the “thugs” and their officers, invoked in these infamous acts but the security agencies either ignored the petitions or played hookie.

Today, as I drove away from the courtroom I was attacked with dangerous objects leading to the destruction of my car and injuries to some of the occupants in the car travelling with me, I sustained minor injuries from broken glasses. These assailants were brought by the DSS according to Federal court security. It is not their first time.

The federal DSS Director of Operations even informed court security to “withdraw” whenever I was to be attacked.

Since my partial release in December 2019, the police and DSS have tried to maim or kill me in several documented/reported incidents of abuse and assault including shooting of a riot gun, physical attacks, and recently the use of non-state actors to violently assault me in public.

I have attached here videos and photos of today’s violent events carried out by the Buhari regime.

Eyewitness or have a story, article? Submit now via: