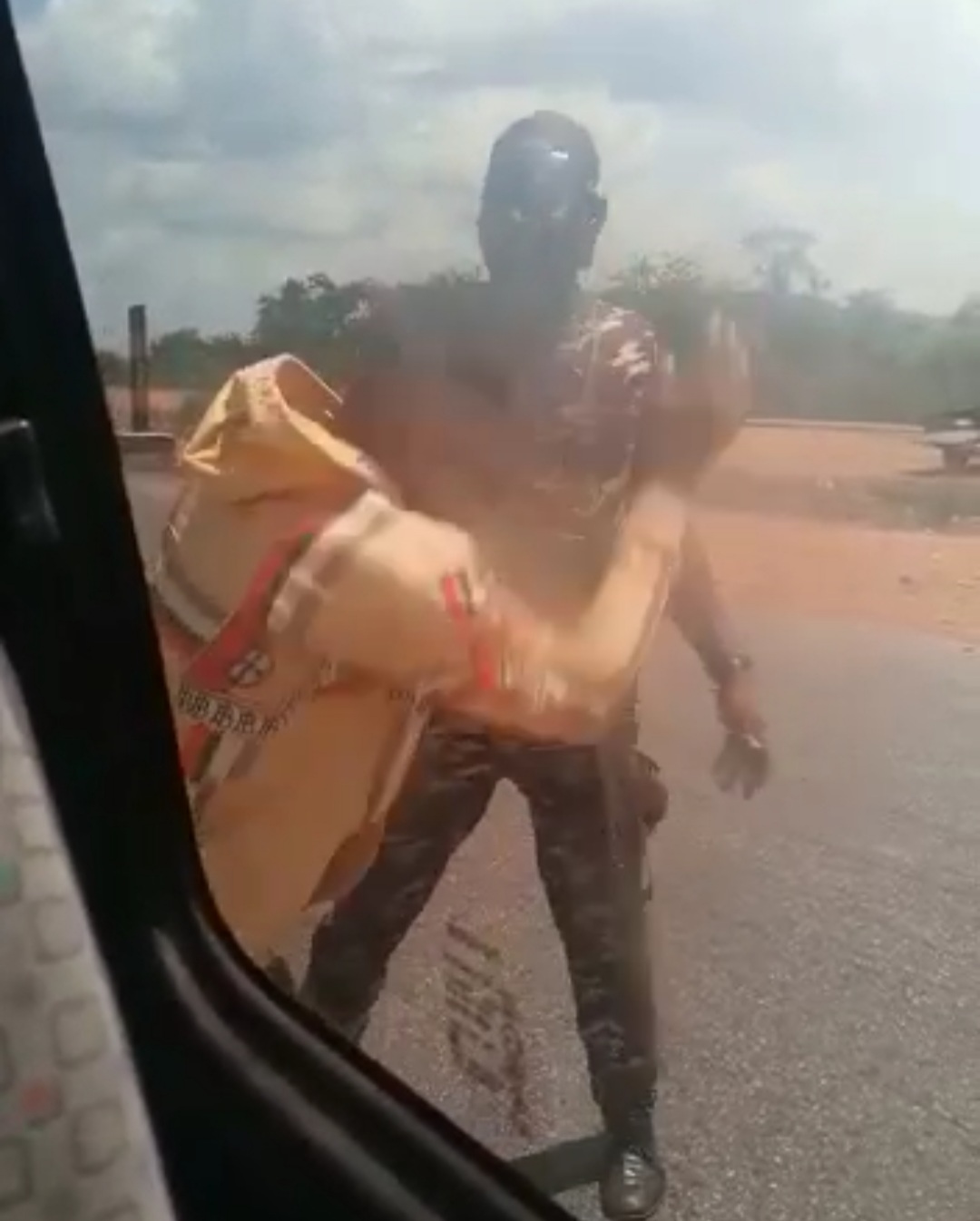 I first saw this video about 3 days ago, and it was very disturbing and disheartening to see that 1 year into the anniversary of #EndSars, that was brutally ended by the government’s “unknown soldiers”, the Leopard, the (Nigerian police) cannot change their spots. The very problem that started the nationwide protests is exactly what we see in these 2 videos (the story of endsars).

To say that Nigerians, especially the youths have not had things this bad under any government, be it civilian or military is not an overstatement.

Who were and are the most being killed by SARS? The Nigerian youths.

Who are the ones being kidnapped the most by terrorist bandits? The Nigerian youths.

Who are the jobless graduates because of bad government? The Nigerian youths.

Who are the ones affected the most by the federal government’s Twitter ban? The Nigerian youths.

Who are those most affected by drug abuse out of their frustrations from the effect of fraud and bad governance…and so on? The Nigerian youths

It seems that their is no respite for the future of the youths in Nigeria under the above circumstances, which arguably translate to a bleak future for the country.

As the police continue in their criminal acts of terrorizing Nigerians and their youths, and the Nigerian federal government seem to be unwilling to arrest this unending ugly trend due to incompetence and fraud in high places, isn’t Nigeria sitting on a keg of powder? The guess is as good as anyone’s.

From the video of one of the passengers of a commercial vehicle at Okene in Kogi state, one can see police brutality and terrorism being meted out to a student unlucky enough to come across the Nigerian police, the law enforcement agency charged with the protection of the citizens of the country but are truly, mostly criminals in uniform.

In the video, the narrator alleged that the police officers who stopped the vehicle the victim was traveling in, accused him of stealing the laptop he had in his possession. They beat the him up seized his laptop, checked his laptop and mobile phone, asked him for money. When the victim told the officers that he had no money, the officers told him to call his people in Benin to send money into his account, the took him to a bank to withdraw money from the ATM, all the while, he kept explaining to the officers that he is a student and uses the laptop for school work.

The narrator also claimed that some of the policemen, led by Ogu Godwin from Kogi state division, that accosted the young man to the ATM to forcefully withdraw 25.000.00 naira from his account changed from their uniforms into muftis.

The was the young student was treated was so bad that other commercial vehicles stopped to help out and protest the way the victim was being treated.

The officers became more threatening and violent, threatening a bloody shootdown of the passengers of those commercial vehicles. This can be seen and heard from the second video clip, where an officer with possibly an AK-47 slapping a passenger and threatening others for exercising their rights.

The actions of these criminals in uniform should be vehemently condemned by every Nigerian especially those in the high echelon of the Nigerian police force.

The Nigerian public demand the immediate investigation and prosecution of every officer involved in this shameful and criminal act without delay. The ATM video cameras will corroborate the allegations, the video clips and the man behind it, the passengers and the drivers can all be easily located.

The victims of this dastardly and cowardly act by the agents of government must be compensated by the Nigerian police, failing which the victims should seek redress in the courts of law.

Their is Boko Haram terrorism,

There is the ‘bandits’ terrorism,

There is the herdsmen terrorism,

Then, there is police terrorism? Why should the youths not protest?

Sunday Igboho: There Will Be The Greatful And The Ungrateful…

WHOM EXACTLY IS ZULUM? A MUSLIM FUNDAMENTALIST?