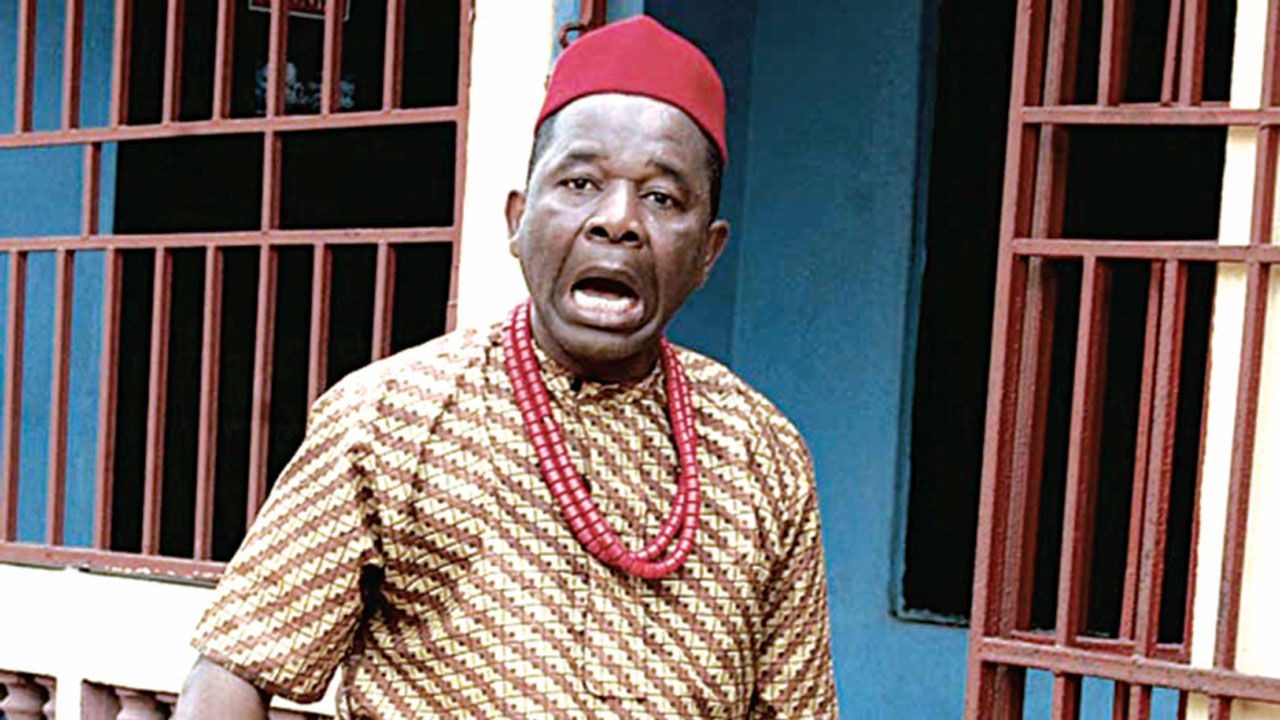 The ongoing public discourse on the issue of legality or otherwise of the reported arrest of Chiwetalu Agu by agents of the DSS for wearing IPOB branded uniform touches on the issue of freedom of expression, an essential foundation for sustainable  democracy, that one cannot afford to stand on the sideline, sit out on this one, and play ostrich.

At first, the arrest was reported to be for wearing the uniform of IPOB, an organization that had hitherto been designated a terrorist organization, by the federal government, and subsequently proscribed by the court under Section 2[1][c] of the Prevention of Terrorism Act, PTA, [2011], as amended.

Subsequently however, the DSS has put out another reason for the arrest by alleging that it was because Mr. Agu was soliciting support for IPOB , a proscribed organization.

[i] What is the primary offense prohibited by the PTA.

Section 1 of the Prevention of Terrorism Act [2011], PTA, provides in relevant part as follows: A person who knowingly—
[a] does, attempts or threatens to do an act preparatory to or in furtherance of an act of terrorism;
[b] commits to do anything that is reasonably necessary to promote an act of terrorism; or
[c] assists or facilitates the activities of persons engaged in an act of terrorism,
commits an offence under this Act.

Based on the text of Section 1 of the PTA, what appears obvious is that the predominant focus of the Prevention of Terrorism Act [2011], PTA, is the prevention of “act of terrorism,” AoT.

Thus, what constitutes an AoT under the PTA is essential to rendering informed opinion with respect to the ongoing public discussion that has trailed recent news report of the arrest of Mr. Agu by the DSS.

[ii] What constitutes an Act of Terrorism, AoT, under the PTA.

Section 2 of the PTA defines act of terrorism as—
An act which is deliberately done with malice, aforethought and which:
[a]     may seriously harm or damage a country or an international organization;
[b]     is intended or can reasonably be regarded as having been intended to—
[i]      unduly compel a government or international organization to perform or abstain from performing any act;
[ii]     seriously intimidate a population;
[iii]   seriously destabilize or destroy the fundamental political, constitutional, economic or social structures of a country or an international organization; or
[iv]    otherwise influence such government or international organization by intimidation or coercion; and
[c]     involves or causes, as the case may be—
[i]      an attack upon a person’s life which may cause serious bodily harm or death;
[ii]     kidnapping of a person;
[iii]    destruction to a gov’t or public facility, a transport system, an infrastructure facility, including an information system, a fixed platform located on the continental shelf, a public place or private property, likely to endanger human life or result in major economic loss;
[iv]    the seizure of an aircraft, ship or other means of public or goods transport and diversion or the use of such means of transportation for any of the purposes in paragraph [b][iv] of this subsection ; *
[v]     the manufacture, possession, acquisition, transport, supply or use of weapons, explosives or of nuclear, biological or chemical weapons, as well as research into, and development of biological and chemical weapons without lawful authority;
[vi]    the release of dangerous substance or causing of fire, explosions or floods, the effect of which is to endanger human life;
[vii]   interference with or disruption of the supply of water, power or any other fundamental natural resource, the effect of which is to endanger human life ;
[d]     an act or omission in or outside Nigeria which constitutes an office within the scope of a counter terrorism protocols and conventions duly ratified by Nigeria.
[3]     An act which disrupts a service but is committed in pursuance of a protest. However, demonstration or stoppage of work is not a terrorist act within the meaning of this definition provided that the act is not intended to result in any harm referred to in subsection [2] [b][i], [ii] or [iv] of this section.

Section 4 of the PTA which prohibits support for a terrorist group provides that:
[1]     A person who knowingly, in any manner, solicits or renders support for—
[a]     an act of terrorism; or
[b]     a proscribed organization or an internationally suspected terrorist group,
commits an offence under this Act and shall on conviction be liable to imprisonment for a maximum term of 20 years.
[2]     without prejudice to sub-section [2] of this section, where death results from any terrorist act, the penalty shall be death sentence.
[3]     For the purposes of sub-section [1] of this section, “support” includes—
[a]     incitement to commit a terrorist act;
[b]     offer of material assistance, weapons, including biological, chemical or nuclear weapons, explosives, training, transportation, false documentation or identification;
[c]     offer or provision of moral assistance, including invitation to adhere to a proscribed organization; and
[d] the provision of, or making available, such financial or other related services as may be prescribed in this act.

[iv] Whether the wearing of a uniform identified with a proscribed organization, standing alone, is sufficient to constitute an act of terrorism, or support of or soliciting of support for act of terrorism.

This is a mixed question of fact and law, and requires that one evaluates the facts of what Mr. Agu is alleged to have done to cause his arrest, against the provisions of, among others, PTA Section 4 on what constitutes “support for terrorist organization” in concert with Section 2 which defines act of terrorism.

Based on what is in the public domain regarding why Mr. Agu was arrested by DSS agents, the question is whether wearing of a uniform associated with a proscribed organization, standing alone, could be interpreted to constitute any of the acts enumerated in Section 4 of the PTA.

From the text of Section 4, the most favorable section in support of the gov’ts position would be Section 4(1)(b) which prohibits support for a proscribed organization, in this case, IPOB.

The reason is because to argue that mere wearing of IPOB affiliated or branded uniform, standing alone, satisfies Section 4(1)(a) A person who knowingly, in any manner, solicits or renders support for an act of terrorism stands reason on its head and does violence to logic. Hence, we look to Section 4(1)(b) support for proscribed organization as basis for the arrest.

At first blush, Section 4(1)(b) appears generic enough to rely on to validate Mr. Agu’s arrest. However, in anticipation of broad sweeping interpretation of 4(1)(b), the PTA goes further to define, by giving examples, of what constitutes support for territorist organization in Section 4(3) by providing as follows–
For the purposes of sub-section [1] of this section, “support” includes—
[a]     incitement to commit a terrorist act;
[b]  offer of material assistance, weapons, including biological, chemical or nuclear weapons, explosives, training, transportation, false documentation or identification;
[c]     offer or provision of moral assistance, including invitation to adhere to a proscribed organization; and
[d] the provision of, or making available, such financial or other related services as may be prescribed in this act.

It appears tenuous to argue that mere wearing of IPOB branded uniform could, by any logical stretch of the imagination constitute violation of Section 4.

To conclude otherwise might raise the question whether the display of photographs of IPOB affiliated uniform in a museum or on the back of a textbook in a library or bookshop would constitute support of IPOB in violation of Section 4.

What about if a lawyer or an analyst went on TV to condemn the proscription of IPOB.

If anything, no matter how tenuous, constitutes support for terrorism, then everything satisfies the support test, which would then render a test superfluous. I mean, if any score on an exam is graded a pass, there is hardly a need to study for the exam.

CONCLUDING REMARKS
Based on what’s available in the public domain thus far, it appears that there is no sufficient factual basis to support the arrest of Mr. Agu by agents of the DSS for wearing an IPOB affiliated uniform or soliciting support for an act of terrorism.

The wearing of uniform of a proscribed organization standing alone is no more than an expressive conduct which constitutes statement of political opinion that ought in a democracy to be accorded protection under the freedom of expression provision of the Constitution.

THE REAL JINX BUHARI SHOULD BREAK.