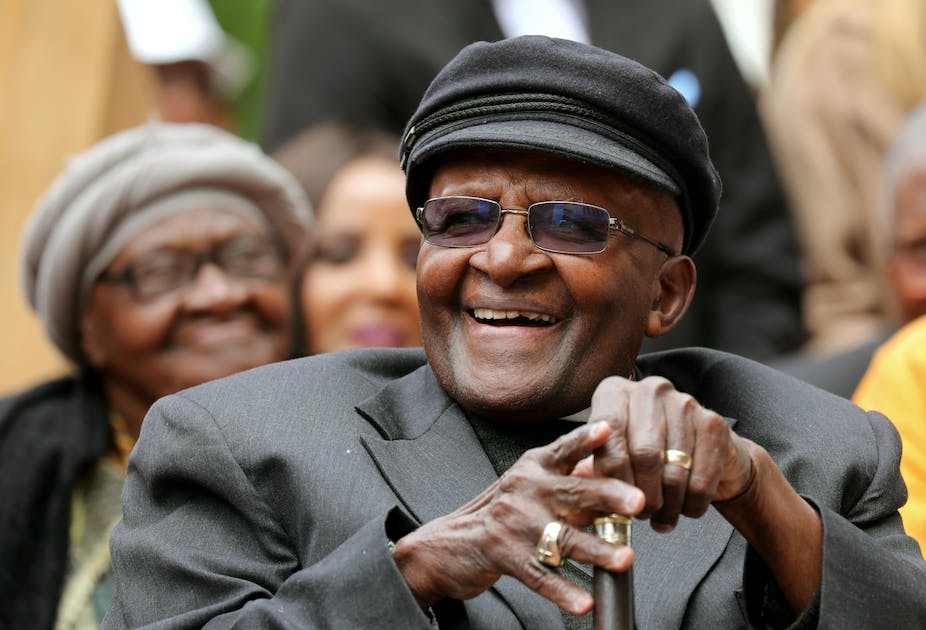 Tutu, who has struggled with ill health in recent years, is often hailed as South Africa’s moral conscience and the great reconciler of a nation divided by decades of racist politics. He attended the service in the place where he served as the country’s first Black Anglican archbishop, wearing a dark suit.

In 1984 Tutu won the Nobel Peace Prize for his non-violent opposition to apartheid. A decade later, he witnessed the ends of that regime and he chaired the Truth and Reconciliation Commission, set up to unearth atrocities committed during those dark days.

“Their plans failed miserably,” Tutu’s friend Reverend Allan Boesak said, giving a speech at the pulpit. “You told them this government is evil and this government will very soon bite the dust. You did all that, Desmond Tutu.”

Tutu led numerous marches and campaigns to end apartheid from St George’s front steps, and as a result it became known as the “People’s Cathedral” and a powerful symbol of democracy, according to the local government.

Tutu was a long-time friend of Nelson Mandela, and lived for a time on the same street in the South African township of Soweto, Vilakazi Street, the only one in the world to host two Nobel Peace Prize winners.

“His most characteristic quality is his readiness to take unpopular positions without fear,” Mandela once said of him. “Such independence of mind is vital to a thriving democracy.”