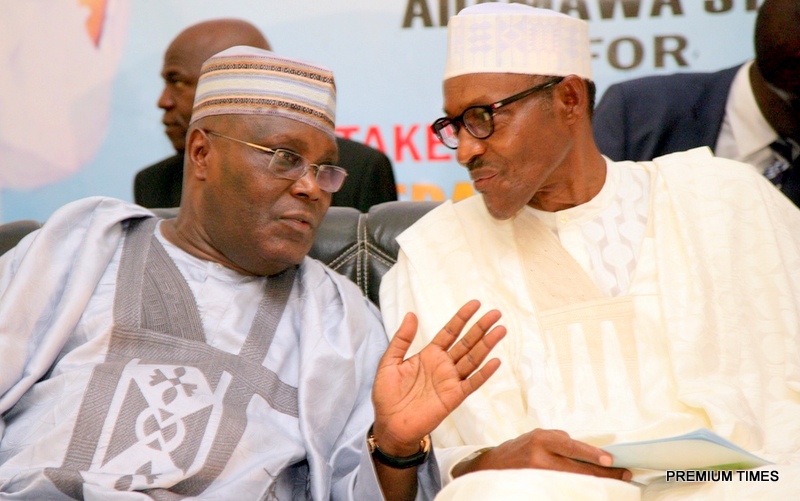 CLASH OF CIVILIZATIONS IN NIGERIA

The insistence by the Turaki Adamawa, Alhaji Atiku Abubakar to contest the presidential primaries of the PDP even as it is zoned to the South highlights once again the disruptive nature of Fulani in Nigeria.

The Fulani determination to rule Nigeria or otherwise disrupt and destroy it, remains the Central challenge of the Nigerian state. For the Fulani, it is “our way or no way”. This is the disruptive spirit driving Atiku Abubakar to challenge the settled issues of PDP zoning arrangement.

The Fulani are not indigenous to Nigeria and never built a kingdom, empire or any nation within Nigeria or anywhere else in the world in their entire history.

They have throughout their known history been wandering the entire semi arid Sahel from the extreme ends of West to East Africa. They have never had any permanent settlement except perhaps you call the clusters in FUTA Jallon in Guinea as one.

So in a sense, the Fulani never transited beyond the hunting and gathering stage of civilization. All through their history, they have been wandering tribes of people without a sense of nationhood, without a unifying language or culture and without the compulsion to build a progressive civilization. Fulani and their wandering proclivities and culture remain one of the most backward examples of civilizations on earth today.

In the other areas of Nigeria, anthropologists note the advancement of the other ethnicities and tribes in Nigeria long before colonialism. They all built unified and flourishing societies, well organized and thriving at various levels of their advancing civilizations. Yoruba, Igbo, Igala, Nembe, Efik, Ibibio, Jukun, Berom, even Hausa etc, all across Nigeria. They have territories identified as their own, developed languages and other anthropological identifiers and artefactal evidence of civilization.

In Southern and Middle Belt Nigeria, any observer can find evidence of cultural markers in language, farming technologies, a sense of industry and the will for advancement through work.

This is not so with Fulani. Fulani only hope for progress is to embed themselves into other societies and thereafter through guile and deceit, entrench themselves into positions of leadership and power in their host communities. From this position of stolen leadership, they sponge on their hosts, sucking the very life blood out of the economy by seizing the very posts of economic control.

There is no other country the Fulani succeeded better in this strategy than in Nigeria, particularly among the Hausa. The so-called jihad in the Hausa Kingdoms were classic cases of treachery. The Fulani never fought or won a war against the Hausa.

Fulani preachers launched a barrage of hate speeches and campaign against Hausa kings using Islam and the Koran as handy tools of subterfuge and eventually drove the Hausa peasants to rise against their kings, replacing them with the same Fulani who started the hate campaigns.

Today, every king and village head in Hausaland is Fulani. Every political or economic position of any importance belong to Fulani. The Hausa person dare not contest any position against the Fulani. The Hausa have been overwhelmed, dominated and crushed by a people who were once poor migrants among them and who remain a tiny fraction of their own population.

Fulani have used their conceited embedment into the population of Hausa and other minorities in the North to claim majority population in Nigeria and gain access to democratic power. They have used bogus population numbers to achieve dominance in Nigerian politics. Through chicanery and a diabolic sleight of hand, the Nigerian democracy has been seized by a minority Fulani who now deploy violence, debauchery and whatever else it takes to keep that power for their own abuse and enrichment.

The term “Arewa” is a misleading Fulani construct to describe the masses of people who live above the rivers Niger and Benue in Nigeria. There are no unifying multi-ethnic interests in northern Nigeria. It is all Fulani interest presented as Northern interest. So there is no Arewa in northern Nigeria.

The Hausa interests are so deeply and totally subjugated to Fulani empowerments and control as the Hausa have no representation in the traditional and political establishment of Northern Nigeria.

The Hausa have been defeated culturally even if not militarily and their group psychology is one of a defeated people, deep seated sense of inferiority to Fulani and dependence on the same Fulani to lead the way and speak for them.

The truth that needs consideration by the Nigerian people is that any aspiring leader from a backward people and civilization like the Fulani can never lead the nation to progress because such a leader does not know what progress means in real terms. The true meaning of progress has never been culturally implanted in him. A boy who grows up wandering from one desolate bush to another will never know the need for paved roads, factories or skyscrapers.

Fulani have nurtured a culture of wandering from one bush to another bush as cowherd’s. That is the civilization they know and which defines their world. So taking a Buhari or Atiku from this state of nature and placing them in a statehouse to rule over a modern nation with over two hundred million progressive humans is gross abuse of humankind.

Nigeria brings in a man from a backward civilization whose major cultural identity is wandering around the bushes of semi-arid Africa looking for green grass. Without a sense of home or sedentary culture, we make him President of a modern progressive multi cultural and multi-ethnic nation. It is gross abuse of the Nigerian people and the reason for our continuous slide to backwardness. It is the imposition of backwardness on Nigeria. The entire nation is now overwhelmed by chaos and mayhem.

Buhari and Atiku’s Fulani culture never experienced civilizational progress for centuries, just leading cows to wherever there are green grass. The cow defined their lives and gave them cultural identity. Any suggestion of progressive movement away from the cow is seen as a threat to the Fulani people. This is reflected in Buhari’s refusal to accept alternative means of rearing cows other than wandering in the bush.

Any nation led by a Fulani can never make progress because they are crudely bigoted, nepotistic to the levels of stupidity, backward in civilization. The tribal instinct dominate their mind and thoughts. Their deep loyalty to tribe and cows befuddles their thoughts on national advancement.

Fulani cravings for brutish political power expresses a desire to violently leap into modernity which undergirding principles and practices they have not imbibed. Their propensity to destroy civilizations and bring it to their levels of crudity is what is inspiring fear and hatred all over Africa: Guinea, Ghana, Nigeria, Central Africa Republic, Sudan.

The swashbuckling crudity of Fulani ascendancy has given them control over Nigeria and its political and economic institutions. There will be no other way to remove Fulani hegemony over Nigeria than by deploying the same crude methods that put them in power over others.

Under Buhari, we watched helplessly as he mounted a violent campaign against the judiciary, ending in the forced removal of the Chief Justice of the nation. We watched also as he crudely forced his way into the legislature and gave control to his people. We have been watching as he violently took control of all the commanding political and economic institutions of the Federal Government and handed all to his king. Blatancy and nepotism has defined his governance of Nigeria.

Nigeria needs to raise men of equal mindlessness and brutality to wrest control from the Fulani.
@basilokoh.

Why A Referendum In Nigeria Can No Longer Wait!!!