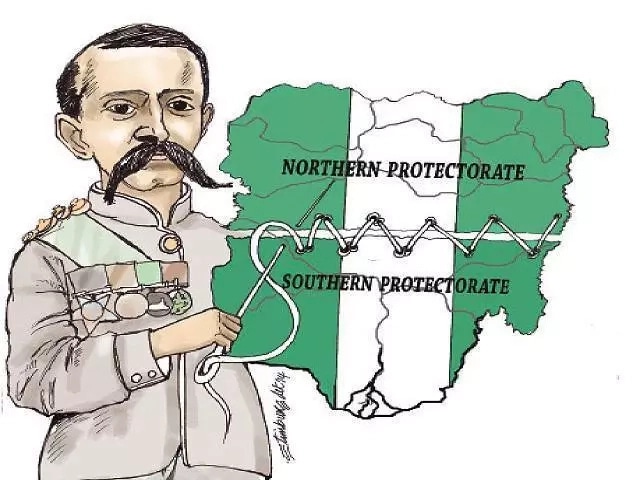 THE STORY OF NIGERIA – faked and forced living leading into anarchy

The trending video of fake cement blocks, courtesy: Editor Abashi Luka, has caught my attention. The video shows how newly delivered blocks were crumbling at site. The word “fake” is appropriate here because the “concrete” blocks were produced to conceal their defects in order to deceive or to trick the consumer and to extort his money, not minding the consequences for the consumer. This tells the story of where we are now in this our country. Most things are fake and we are all being exploited, stressed and oppressed.

In fact, the cement block faking is because of the substandard way in which it has been prepared. This could be deliberate by well-trained but fraudulent workers or by an act of incompetent or nonchalant workers. There is no difference anyway as the results is same, substandard product meant to deceive and extort and can lead to destruction.

In truth, it was not entirely like this before. When I set out to build my only two houses respectively in Erusu-Akoko and Ibadan in the late 1980s, the block makers at these two far apart locations tested the quality of the blocks by dropping them to assure you that they will not break. There were some poor block makers then, but they were not commonplace.

Now, the degree of faking and the varieties of fake products or fake circumstances have increased exponentially over the years and of course, to the grave detriment of our people and our country. There have been cases of fake drugs, fake fuel, fake tyres, fake roads, fake bridges, fake water, fake certificates, fake news, fake clerics, fake political Manifestos, fake taxes, fake leaderships, fake legislation, fake Constitutions, and fake governments.

Faking is a manifestation of injustice. It is usually accompanied by or associated with extortion, exploitation or oppression or subjugation and always leads to the collapse of the house or (infra)structure and eventual breakdown in social order, which in turn gives rise to widespread insecurity, violent unrests and chaos. These breed agitations for self-determination, self-government and separationist moves and may end in unwarranted anarchy or undesired civil war.

This is why, as a country, we need to pause and take a look at a “Plan B” to consider rebuilding a new model of Nigeria based on principles of social justice to evolve a homegrown confederation of nations within Nigeria where all regions or zones have equal opportunities for economic growth and sustainable economic development and where access to resources, equity, participation, diversity, and human rights are guaranteed for everyone and all.

Enough of bickering, provocations, exploitation, bloodletting and war mongering. Certainly, enough of wringing of hands or waiting for divine solutions.

Arise, let’s embrace a National Discourse to restructure and remodel.

Middle Belt Forum On Ortom: We Want To Sever Links With Arewa.

Parable of the Black Pot

MR GARBA SHEHU: ON THE TRAIL OF AN AGENT PROVOCATEUR