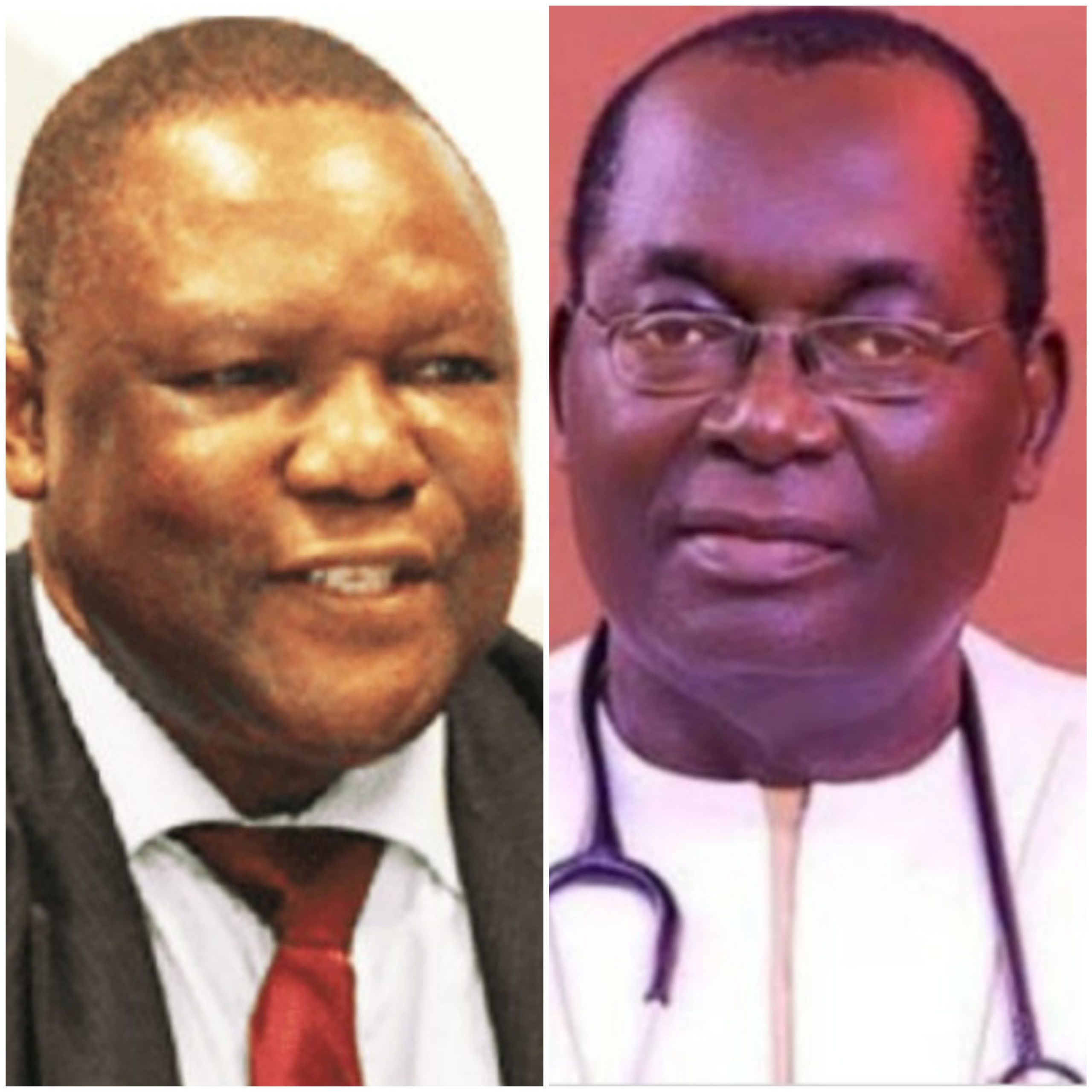 (Published in the Nigerian Tribune on Monday, 4 October, 2021)

Igboland is the new home of Hades, lord of death and king of the underworld. The land writhes in pains as rough men roast it for supper. Vultures have descended on its forests; hawks feed on its cities. Every dove there is in fearful flight. There is no sacred bird the bad boys are not shooting down. They do violence to the hymen of honour; they violate the sacred grove of peace; they defile their ancestors’ holy soil with libations of abominable blood. They hack down freedom while wearing vests of liberation. They are murdering their mother’s daughters and killing their father’s sons because they want to be free from the chains of their abusive neighbour. Their brothers’ heads are the hearthstones of their separatist broth. The land needs help; good people there are helpless. My very worried Igbo friend gave me a proverb: Okenye a naghi anó n’ulo, Ewu a múò n’óbu (an elder does not allow bad things to happen in his presence). I should not be the only one asking why the elders are watching lamely as the Igbo goat is delivering on a leash.

You are killing your east because the north is oppressing you! Is that a measure of wellness? You forget that if Leopard’s leg is broken, Deer will soon come with taunting demands. What is that bad thing that Nigeria has done to Igboland that its own gunmen are not doing to it today? A society dies the moment it no longer protects its pristine values. The end result of what is happening in Nigeria’s south east is definite desolation. I don’t know the questions the Igbo in Igboland ask themselves. I will help them ask if there is any difference today between Zamfara and Imo States. Or more broadly, between life in Hausa/Fulani north and in Igbo south. Both are today zones of death, of fear and of certainty of violence. The sight of blood used to be of horror in disagreeable proportions; but now, the cliche of violent death brings out excitable cameras. I was told that there is a video of the last moments of Dr. Chike Akunyili, struggling, blinded by blood! I could not watch it; I lacked (and still lack) the liver to do so. ‘Unknown gunmen’ shot the medical doctor; an Igbo person shot the hideous video clip while others watched.

It didn’t start last week with that family. Dora Akunyili told the British Broadcasting Corporation (BBC) in a September 1, 2006 interview: “My car was shot from behind on 26 December, 2003. The bullet went through my headscarf and passed through the windscreen of the car, leaving my hair burnt.” Dora drove through that horror which happened right in the heart of Igboland on her way to her village. She was then in NAFDAC fighting a war with barons of fake drugs. She did not die that day because hot-lead death was not hers. But the bullet meant for her head ultimately hit a bus driver who died instantly.

Even for soldiers in battle, it is terrifying to be shot at. That woman brushed her burnt hair and went back to her NAFDAC duties unfazed. But Dora’s husband, Chike was twice not as lucky as his wife. During the civil war, the man took a bullet in the head which remained lodged in there till the very end. Nigeria has always been a very dangerous country. For the Akunyili family, the fact of how deadly Nigeria could be was brought crudely home to them on Tuesday, 28 September, 2021. Unlike his wife whose missed shot came from the back, Chike’s fatal shot was frontal. He was shot in the face by gunmen who also killed his driver and police escort. The same ‘lovely’ Igbo homeland he fought for and for which he took a bullet to the head 51 years ago watched him die last week. He did not offend his attackers; he was coming from a memorial event in honour of his Dora who died in 2014 a national heroine. He was a good man who was good to every man and woman who sought cure in his clinic. But he was shot in the face and Igboland is still scratching its head, asking: who did it?

Humanity, Nigeria and, especially, Igboland owe so much to that couple of gold. If they would not be celebrated for their stellar services to the land of their birth, at least, they should be appreciated for birthing six first class children of dominant global presence: three medical doctors who are very eminent on the world stage, and three others who also reign world-class in their professions. One of them is Njideka who sits pretty on the global throne of visual artistry. In 2017, Njideka won MacArthur Foundation’s Genius Grant (cash prize: $625,000) for her “extraordinary originality and dedication in (her) creative pursuits and a marked capacity for self-direction.” She continues to be a whirlwind in her world; records say that the prices of her work and worth continue to soar. One of her paintings, Drown, in November 2016, sold at Sotheby’s for $900,000; another of her work, The Beautyful Ones (Series #1c), was sold in Mach 2017 in London by a collector for $3 million. The following year, she set an auction record with her painting, Bush Babies, which reportedly sold for nearly $3.4 million.

That is the person whose mother was casually shot at in Igboland in 2003; she is the daughter of a father who was shot dead by ‘unknown gunmen’ in broad daylight and without consequences in 2021 Igboland. The bewildered Akunyili boys and girls are likely asking the same question which Ken Saro Wiwa asked in his final moment: What kind of country is this?

For Dora, the labourer’s task was over in June 2014. For her heartthrob, Chike, the battle day became past in September 2021. Husband and wife are now united once again on the farther shore.

Now, how may the Igbo help themselves going forward? Redirected by homegrown violence, the Igbo springwater is headed to the desert. There is no regeneration where it flows. Ghanaian writer, Ayi Kwei Armah has that idea of springwater in love with the desert. The future of that course is extinction, he warns. What is the cost of cutting off your nose to spite your face? There was a Saint Ebba, the Mother Superior of the monastery of Coldingham, Scotland. To protect the chastity of her nuns from Viking raiders in 867 AD, she asked her girls to cut off their noses and upper lips. But the resultant ugliness did not protect the nuns from the invaders; it, instead, destroyed them. The disgusted Danes did not recoil forever; they returned to burn down the convent with all the ugly nuns, including Ebba. Igbos should reclaim who they are – and stand firm. Murder, to their ancestors, was an abomination – so was terror. There is no freedom with gunmen and gunrunners. May it not be too late very soon.

OBADIAH MAILAFIA:
On Sunday, August 15, 2021, Dr. Obadiah Mailafia, public intellectual and former deputy governor of our Central Bank was the guest and I was a panelist on The Toyin Falola Interviews, a global online programme anchored by very distinguished scholar, Professor Toyin Falola. It was our first (and last) face-to-face engagement – and it was on zoom. And for over four hours, Mailafia sat there answering questions, dissecting issues on ‘Nigeria: How to fix a failing state.’ His energy was boundless, his intellect awesome and his conviction very real. Later that night, we exchanged WhatsApp messages. I told him he was great on the programme; he replied that I was “formidable.” I laughed lightly and wondered what that word meant. Then I suggested that he should demand a copy of the event’s recording – for his children who should be very proud of their father. He replied: “Will do. My son was watching from Brussels. But they are always worried when I talk – because the last trauma hasn’t left them…” I replied that the children should just be praying for him. He replied: “Mo dupe, aburo mi.” He died exactly one month, four days after.

I never met him in person but he was my older friend. He used to call me ‘Aburo mi’ (my younger brother). That was how he started and ended all his private chats with me. Fate and writing for the Nigerian Tribune brought us together. He wrote a back-page column for the newspaper appearing in same editions with my Monday Lines. I am working on some books, he wrote the Foreword to one of them – which should be out very soon. But his egret is gone now forever with his whiteness; he didn’t wait to see the finished work. He was reported dead on Sunday, September 19.

Our president is generous with condolence messages but there has been none for Obadiah. He was just 64 but he lived his life so well that he did not need the crutches of a presidential condolence statement to stand tall and be celebrated worldwide. Millions of appreciative Nigerians mourned his thunderbolt exit with immeasurable shock and grieve. He was another of our voices gone.

Mailafia, Akunyili; who is next? The hideous scar of these deaths is etched on the ugly forehead of our country. When patriots die, the nation sinks deep in poverty. These ones who are dead are free – they gave a good account of themselves while on this shore. Someone said “neither fire nor wind; birth nor death can erase our good deeds.” I agree. Do your best and take your rest – the world is not entirely blind to goodness. Death is also an opportunity for the living to appreciate small and big favours. Think of it: how much of sweetness of beauty would be savoured without the bile of ugliness? “What would life be worth if there were no death? Who would enjoy the sun if it never rained? Who would yearn for the day if there were no night?” I owe that quote of questions to Danish writer, Glenn Ringtved.

These deaths come in torrents. Here today, gone tomorrow is what we read and hear every day. We do not know who is next. In the same year that we buried Yinka Odumakin and Junaid Mohammed, we are mourning the avoidable passage of Obadiah Mailafia. We are in shock over the violent death of Chike, Dora Akunyili’s husband. How many more will die before enough will be enough?

June 12 Annulment: Nigerians Should Thank Me For Preventing A Coup – Babangida