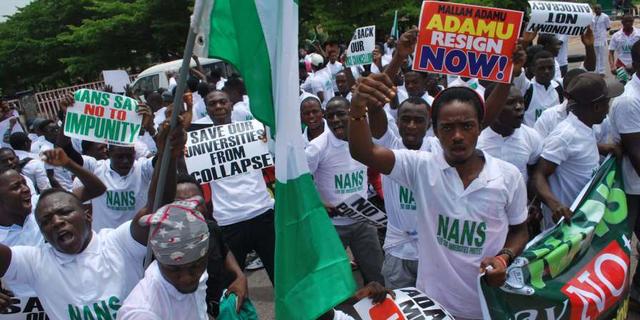 ASUU is getting ready for another strike. In today’s Saturday Tribune/Peoples Gazette column, I remind Education Minister Adamu Adamu of his previous columns that supported ASUU and urged him to come out of his obscurity and stop the impending strike. I also paid a tribute to Dr. Obadiah Mailafia. Enjoy:

Nigeria is once again sloppily sleepwalking into yet another avoidably stultifying and potentially long-drawn-out ASUU strike that will snap the life out of what remains of our public universities, crush the hopes of hundreds of thousands of young people, and heighten social tensions in an already volatile country.

For many months, the Academic Staff Union of Universities (ASUU) has been alerting the world to the federal government’s arbitrary, unilateral, and irresponsible abdication of the agreement it struck with it since December 2020 on the basis of which it suspended its last strike. The union warned that if the federal government continued to ignore its entreaties for a dialogue, it would go on strike by August 31.

Between the second and third weeks of this month, all ASUU zones met and resolved that should the federal government’s intransigence persist, they will be left with no option but to speak the stodgy, sterile language that the federal government understands, which is to embark on a strike that will cause the rest of the country to notice their grievances.

As most people who read me know, I am one of ASUU’s severest critics. Along with my friend Professor Moses Ochonu, I have called attention to ASUU’s unimaginative, tone-deaf, and flyblown negotiation tactics, its indifference to the pedagogical tyranny and inefficiency of its members, its noticeable absence in conversations about the decline of ethical probity among its members, and so on.

Nevertheless, it is entirely legitimate for the union to demand better conditions of service for its members particularly in the face of the ongoing stratospheric heist of the country’s resources by a determined gang of parasitic, unproductive, and know-nothing freebooters in government whose children go to school abroad.

I don’t want ASUU to go on another bootless, self-injurious strike, but ASUU isn’t the only party we should be appealing to. Pressure should also be brought to bear on the federal government to avert another strike that might stir youth revolt like it did last year.

And this brings me to Malam Adamu Adamu, the Minister of Education. Where is he? Why has he been visibly missing in the last few years? Is he well?

It would be presumptuous to call Malam Adamu my friend or even an acquaintance. He is many generations my senior both in age and in journalism. But I have had a cautious, guarded admiration for his intellect, exceptional writing skills, piety, and asceticism since I encountered his writing and heard firsthand information about him from people who know him.

In late 2015, when a relentless cornucopia of rhetorical and vituperative darts was thrown his way in the media for being appointed the minister of education even when he is neither a professor nor a PhD, I came to his defense in a December 19, 2015 column titled “Why Adamu Adamu’s Appointment as Education Minister is ‘Well-Deserved’.”

I argued that although I was “not personally known to Adamu Adamu,” had “never met him in my life,” and had no “vicarious personal familiarity with him,” his polyglotism (he has native or near-native proficiency in Fulfulde, Hausa, English, Arabic, and Persian), his graduate degree in journalism from New York’s Columbia University, his decades-long career in journalism and columnism, and the fact that he “has written more about education—and with greater depth and clarity— than any previous minister of education Nigeria ever had, except, of course, the inimitable Professor Babatunde Aliyu Fafunwa” were sufficient qualifications to be a minister of education.

Nevertheless, my conclusion acknowledged that being qualified for a position was no guarantee of competence and performance. I wrote: “Now, does this mean Adamu Adamu will dwarf other ministers of education that preceded him? I frankly don’t know. I am not vouching for him because I know there is something about being in government in Nigeria that just drains people’s brains and constricts their commonsense. Otherwise clearheaded people go into government and become total, irredeemable jerks. I don’t know if Adamu Adamu will be like that. I hope not.”

Adamu’s performance as a minister has been a terrifyingly spectacular letdown, to put it nicely. He hasn’t lived up to even the minutest expectations that I had of him. He is barely seen or heard and doesn’t seem to have any relationship with his junior minister. In fact, someone close to him told me he not only has zero synergy with the minister of state for education, but he also nurses stone-cold disdain for him.

Sadly, it is the same minister of state for education (who is effectively disaffiliated from the ministry of education) who has been responding to ASUU’s statements in the media. That’s why his statements are unsurprisingly denuded of even the vaguest pretense to substance. “No one is shunning ASUU. Ask them who they reached out to. I picked your call, didn’t I?” he told Punch on September 22. “We have already said the NUC is working on the issues with the universities. Once they are done, they will issue a statement.”

The only person who can stop ASUU from going on strike is Adamu Adamu himself. Apart from being the substantive minister of education, he is also one of the closest people to Buhari. Most importantly, though, when he was a newspaper columnist, he consistently sided with ASUU each time the union went on strike.

Mahmud Jega pointed out in his November 15, 2015 column titled “One Minister, One Banana Peel” that the great thing about Adamu Adamu’s appointment as the minister of education is that people can always “dig up” his old columns to “see if there is a match” between the ideals he espoused and his actions. “When … ASUU goes on its next strike to demand that Nigeria devotes 30% of its budget to education, the union will call the Minister of Education as witness because he wrote an article in 2013 strongly advocating that,” Jega wrote.

So, what has happened, Malam Adamu? Where is the match, to use Jega’s word, between the high-flown ideals you expounded with care and sensitivity when you supported ASUU before you became a minister and your actions since 2015? What have you discovered now that you didn’t know before? You owe your admirers and early defenders an explanation.

But, more than that, do you not feel any tinge of moral compunction when the children of poor people who can’t afford private universities are robbed of even the luxury to dream of tomorrow because of avoidable ASUU strikes?

Although you have let us down in the past few years, Malam Adamu, you have another chance to redeem yourself. Please, do everything within your power to stop ASUU from going on strike now—and for as long as you’re a minister. Children of the poor who are condemned to attend underfunded public universities as their only passports for social mobility will thank you.

Of course, ASUU must not be given a blank cheque. Improvement in their welfare must be tied to a firm commitment to show measurable improvements in instructional accountability, mentorship, scholarly productivity, and ethical renewal.

The death of Dr. Obadiah Mailafia on September 19 touched me more deeply than I thought it would. He was an exceptionally smart, conciliatory, and gracious man who, in spite of appearances to the contrary, had no space for hate and grudges in his heart.

He and I publicly clashed on at least two occasions. On both occasions, it was he, a much older person, who privately initiated reconciliation with me. Our first clash happened in 2016 at an online forum called the USAAfrica Dialogue Series where he expressed what I thought were unfair, conspiratorial, facts-free, anti-Muslim opinions. I challenged him with counter facts.

Instead of responding to me on the forum, he reached out privately and admitted that his thought-processes were probably distorted by the personal tragedies he had suffered in the hands of mass murderers who were Muslims. He shared photos of his relatives who had been murdered but assured me that he had no animus toward Muslims or any ethnic group. It was both touching and humbling.

Then in May 2018, he wrote a column that stereotyped Fulani people as inveterate aggressors whom no West African country wanted to allow into leadership positions. He made many other claims that had no basis in both historical and contemporary facts. In my June 2, 2018 column titled “El-Rufai’s Hypocritical Xenophobia and Obadiah Mailafia’s Fulaniphobia,” I corrected his inaccuracies.

The column really incensed him, so he wrote a rejoinder that dripped with rage, which caused me to rejoin his rejoinder. Then he reached out to me privately again and, instead of anger, was full of overly flattering praises for me. That took me aback. He said it was my associating him with El-Rufai that exasperated him and inspired his impassioned response.

He told me one of his younger brothers was a good friend of my friend Moses Ochonu and that he regretted that we had a public spat on the pages of a newspaper. Ever since then, he would write to me to share his thoughts on my columns. When he learned of my promotion to a full professor, he sent me one of the kindest, most delicately phrased messages of congratulations that I received from anyone. May his soul rest in peace.

State Of The Nation Nigeria: The Plundering Of Resources And Squandering Of Riches.