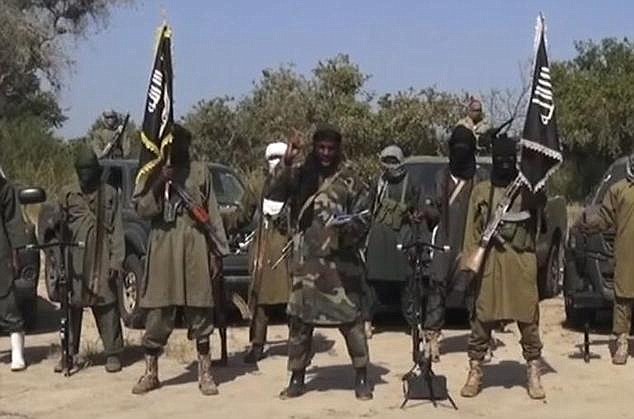 The list of 45 suspects arrested by the Nigerian government for allegedly funding Boko Haram insurgency in the country has been obtained by SaharaReporters.

MaTaZ ArIsInG had earlier reported that the United Arab Emirates named and prosecuted 38 alleged sponsors of terrorism, which include six Nigerians. Presidential spokesman, Garba Shehu, had in March 2021 said the Nigerian Government arrested 400 Bureaux De Change operators for allegedly funding Boko Haram insurgency in the country, saying the suspects were transferring money to the terrorists. Nigerians have since been asking the President Muhammadu Buhari-led government to disclose the identities of the suspects, a request the government has repeatedly ignored.

Shehu’s colleague, Femi Adesina on Tuesday said the Buhari-led government is not interested in naming and shaming the financiers of terrorism but in their peosecution.On Wednesday, Attorney-General of the Federation and Minister of Justice, Abubakar Malami (SAN), who is in the United States as part of Buhari’s entourage to the United Nations General Assembly, also said the government would not name and shame the suspected financiers of terrorism before they are tried and convicted .“Naming and shaming of suspects is not embarked upon as a policy by the federal government out of sheer respect the constitutional rights of Nigerians relating to presumption of innocence,” Malami had said in a statement.“It is a product of constitutionalism and the law. It is rooted in the law and the names of the suspects will accordingly be made public at the point of judicial arraignment while the.

Trials are judicial processes and not about media sensations. Naming and shaming in the Nigerian context must be rooted in constitutionalism. We must strike a balance between constitutional presumption of innocence and evidential proof of reasonable ground for suspicion in making disclosures associated with terrorism funding and financing.

“Where reasonable grounds are established, suspects must be naturally taken to court at which point their identity must be disclosed and the naming becomes apparent. Shaming, on the other hand, is the product of conviction at which point the public is equally judicially put on notice. In essence, naming and shaming within the context of Nigerian law are judicial functions which commence with arraignment and terminate with convictions.

”Though the Minister claimed 285 suspects have been charged before the Federal High Court, sources told SaharaReporters that only over 40 are being prosecuted by the government before the court based “on prima facie cases of terrorism.

SaharaReporters had in April, reported how over 400 persons were arrested by security agencies during a nationwide crackdown on the suspected financiers and collaborations.

They were reportedly arrested in an operation being coordinated by the Defence Intelligence Agency (DIA), and in collaboration with the Department of State Services (DSS), Nigerian Financial Intelligence Unit (NFIU), and the Central Bank of Nigeria (CBN).The operation was said to have been approved by President Muhammadu Buhari in 2020.They were reportedly being kept in military and DSS facilities in Abuja and other places.

Confirming the report a few days after, Malami said the Nigerian government embarked on “a wider and far-reaching investigations” into terrorism financing after the conviction of Boko Haram financiers in the United Arab Emirates.

THE FEDERAL GOVERNMENT WILL DO WELL TO ALSO PUBLISH THE IMAGES OF THE SPONSORS TO CONVINCE NIGERIANS ON THIS, THE GOVERNMENT HASN’T BEEN FORTHCOMING IN DEALING WITH THE ISSUE OF TERRORISM IN THE COUNTRY BY THEIR ANTECEDENCE, IT IS THEREFORE UNDERSTANDABLE IF NIGERIANS ARE SKEPTICAL OF THIS NEW DEVELOPMENT, ESPECIALLY AFTER FEMI ADESINA’S INTERVIEW ON CHANNELS TV ON WEDNESDAY, ON HIS “NO NAMING AND SHAMING OF SPONSORS”. WHICH STATEMENT DO WE BELIEVE? ARE NIGERIANS BEING TOLD THE TRUTH, KNOWING THAT THE FEDERAL GOVERNMENT HAS IN THE PAST LIED ABOUT MOST THINGS THAT CONCERN TERRORISM, FROM NAMING IT BANDITRY, TO OUTRIGHT DENIALS.

The Nigerian Predicament: Nigeria In Dire Need Of Selfless And Patriotic Leadership.