BREAKING NEWS
GMT+2 12:04
Home Opinion War is too important to be left to soldiers alone! 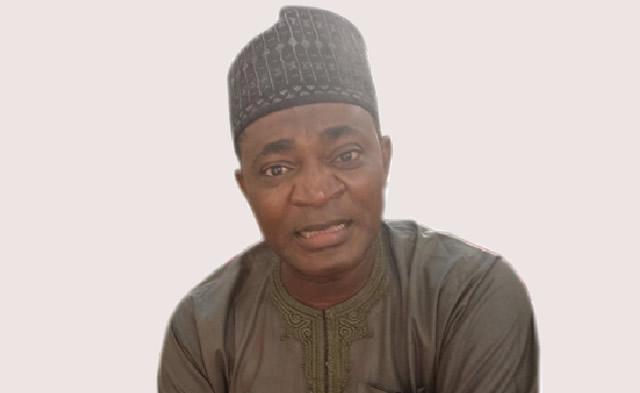 So much storm was generated by the defection of Femi Fani-Kayode from the PDP to the APC, a defection which came to public focus on the day some Nigerian soldiers were killed in Monguno, Borno State (with several others missing) after an ambush by militants from the Islamic State-backed faction of Boko Haram, the Islamic State West Africa Province (ISWAP). Fani-Kayode is not my cup of tea!

I fear that the twin factors of political gymnastics and misplacement of priorities are making us succumb to the temptation of taking our eyes off the ball in confronting our existential challenges. We are, as they say, ‘majoring in minors and minoring in majors’.

In 1967, the Nigerian government thought the ‘skirmishes’ in the Eastern Region could be quelled by a swift police action. It eventually found out that the khaki cloth was very different from leather. The ‘skirmishes’ soon escalated into a full blown civil war which lasted 30 months, sending more than three million people to their early graves.

Five years after the Nigerian Civil War, Lebanon was confronted with the same demon. “Oh, this is just one of those misunderstandings in a diverse society. It will soon be over”, said many optimists. The Lebanese Civil War claimed an estimated 120,000 lives and was prosecuted over 15 bloody years.

War is, unfortunately, a fact of life. What matters is how we deal with it. In conflict zones all over the world, political leaders lean on the academia to help with scenario planning and objective analysis instead of simply throwing tons of borrowed money at the problem. We are not lacking in people with brain muscle in Nigeria. But who is listening?

Only recently, Dr Murtala A. Rufa’i, a history lecturer at the Usman Danfodiyo University, Sokoto, in a paper titled, “I am a Bandit: A Decade of Research in Zamfara Bandit’s Den”, revealed that there are 120 gangs of bandits operating with 60,000 AK47 rifles in six Northern Nigerian states of Zamfara, Sokoto, Katsina, Kaduna, Kebbi and Niger states. Each of the 120 gangs controls about 500 rifles. In the last 10 years, bandits have killed over 12,000 defenceless people in Zamfara State alone. The lecturer based his findings partly on information gathered from known bandits who he interviewed extensively.

Unknown to many people, banditry has a long history in Zamfara. Dr Rufa’i dug into pre-colonial history:

“The hills of Kwotarkwashi and Chafe, for instance, provided shelter to the criminals, from where they organised and executed their unwholesome activities, which often resulted in serious casualties.

“During the colonial period, the region was also confronted with a situation where bandits killed about 210 traders and made away with goods worth £165,000:00. As reported, this onslaught occurred in the Zamfara axis to victims from Kano on their way to French territory.”

For a while, it seemed that society had managed to contain or civilise the bandits. Dr. Rufai’i noted that the current menace began in 2011 when the first armed Fulani group led by one Kundu and the notorious Buharin Daji emerged on the scene.

“They named the group Kungiyar gayu (meaning an association of young guys even though none of them was a youth). The public referred to them as Kungiyar Barayin Shanu, (cattle rustlers association).”

Apparently, banditry was somehow becoming formalised or socially acceptable. Rufa’i revealed that when cases of cattle rustling began in 2012, the bandits presented their body as a cultural organisation formed to liberate the Fulani from their oppressors in the society, notably security agents, traditional rulers and politicians. The menace, as a new way of life, quickly metastasised:

“At the onset, membership was restricted to the Fulani.… Recruitment was through conscription, use of cash and cows, promise of sex and leisure as well as intimidation of other Fulani people. Since the gang was into cattle rustling, some herders joined so as to circumvent cattle rustling harassment from the members.

“In the beginning gang members were mostly into rustling, robbery and other minor criminalities. The change in the pattern of operations started with the creation of Yan-Sa-Kai and the intensification of the war against members of the gangs.

“The first incident that triggered a change in the course of the conflict was the brutal killing of Alhaji Isshe, in Chilin, Dan-Sadau Emirate, Maru LGA of Zamfara State. He was killed by Yan-Sa-Kai on 16th August, 2012 on the accusation of harbouring criminals and supporting rustlers.

“The public murder of Isshe was used as a justification for reprisal and mass killings of innocent people by the gang. Furthermore, the late Isshe’s family mobilised fighters and extended invitation to the gang for reprisal attacks a few days later. Members of the gang multiplied in number, strength, power and weapons and even connections in 2013. It also became more heterogeneous and transnational in 2016, constituting members from the Niger Republic, Mali and Chad, mostly Tuaregs with links to Sahelian rebels,”

Having understood how banditry recruitment became internationalised, it is important to know how politicians got into the mix. Dr Rufa’i addresses the issue thus: “There is this speculation that says politicians in the state sponsored and armed some youths as political thugs to achieve their ambition in 2011. The youths were abandoned after winning the elections, who then went into drug abuse, cattle stealing, robbery and later transformed into armed gangs attacking villages on motorbikes. The first motorbikes used in the attacks were donations from politicians during elections campaign”.

Revelations! In the light of all this, I find it astounding that we are not addressing the issue with the urgency it deserves. We are rather concentrating on ‘tangentials’.

Pray, what is the urgency in the creation of new military institutions by service chiefs in the midst of a war that has toyed with our sanity for 10 years. The former Army chief, General Tukur Buratai, established a Nigerian Army University inside the Nigerian Army Barracks in Biu, his hometown, while his Air Force counterpart, Air Marshal Sadique Baba Abubakar, did the same for his arm of the service at his native Bauchi. Now the incumbent Chief of Naval Staff has announced the establishment of a Naval Base in his home state of Kano. Are these the kinds of exertions expected of the military high command in the middle of a gruesome war? God forbid that Nigerians begin to perceive the situation as a case of politicians in uniform or soldiers in politics.

What distinguishes the new military universities from any existing traditional university? Given a choice between establishing new institutions and buying more arms/improving the welfare of troops in an era of paucity of funds, I will vote for the latter any day.

Between 2010 and 2019, Nigeria’s military spending totalled $20.8 billion. In the last two years, additional billions have been spent in acquiring armaments. Our forces at the various frontlines have been crying out for more arms and better welfare. There is no course being offered in the military universities that can’t be accommodated in a faculty of an existing university.

I was delighted to hear the current army chief, Lieutenant General Farouk Yahaya, read the riot act to his commanders the other day. No more excuses, he said. However, there is a crying need to block leakages in the intelligence network which allow the terrorists to stultify military strategies and decimate the number of our troops.

Perhaps because military contracts are usually shrouded in secrecy, opacity comes with the territory. Have we had commensurate value for the gargantuan sums expended so far?Considering the revelation by the US Department of Commerce that the arms market contributes 50 percent of corrupt deals in the world, our National Assembly ought to intensify its oversight activities.

Now, how do we bring this multi-pronged war to a quick end? Money is not everything. We need to tap the intellectual resources available in our universities (thank you, Dr Rufa’i). We need closer collaboration with military veterans. We need to minimise our ‘native law and custom’ system of mis-targeted bombings. We need to employ wizards in drone usage. We need to agree that this war is not about religion, tribe, or any of our many petty squabbles, but about our very survival as a people. We need to mop up terrorists’ sympathisers disguised as self-appointed mediators between the criminals and government. We need to shun all distractions and keep our eyes on the ball.

War is too important to be left to soldiers alone.

My Ideal Nigerian President in 2023