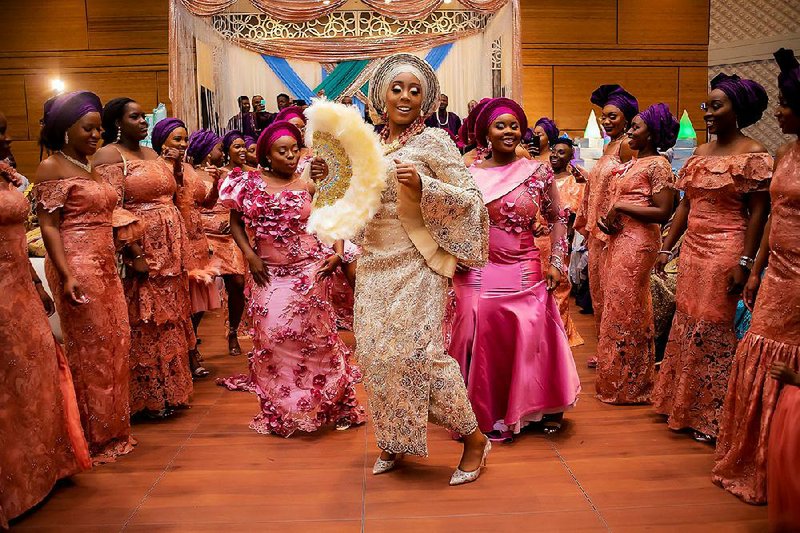 Like the common saying, “different strokes for different folks,” the prevailing economic crunch, appalling state of insecurity and rising deaths occasioned by ravaging Cholera and Covid-19 do not count in the reckoning of lonely and desperate single women who long for conjugal fulfilment.

In their priority, anxiety for daily survival that bothers many homes is not a concern to the awaiting brides. “It is when you have a home that you can join others to lament the economic woes and disaster that the (Muhammadu) Buhari-led All Progressive Congress, APC’s, government has unleashed on Nigeria and on Nigerians. Those groaning either silently or loudly already have reasons to do so but let me marry first, then, the lamentations and the complaints will be meaningful to me as I will also join the chorus; but until then, abeg, forget Buhari wahala, I need a husband.” This was the stern conversation I had with a reader early in the week.

I didn’t know she’s single until we got talking Tuesday afternoon following a volte-face approach by determined single women including some upcoming stars in the movie industry who discarded shame and pretence to announce their urgent need of responsible men for serious affairs that could lead to marriage. It is not really shocking to see such because several eligible bachelors and single dads have remained silent, ‘technically’ withdrawn and suspended their drive for conjugal adventure due to poor economic situation in the country.

In April 31, 2021 edition of this column, I published the complaints of some single women including single moms who were asking the whereabouts of suitors. It appears love life has taken flight from social space as only few men prowl the scene for possible date. “It’s like there are no men in town again. No overtures from men whether for serious or casual affairs, none at all. At some point, my friends suggested maybe we should go spiritual about it. Ah, the situation is not funny at all.” A 32-year-old graduate of Business Administration and a dress designer, has said.

In the edition, I stated that men are still available but many are no longer ready. Reason: post-Covid-19 economy appears to have declining effects on their income as they experience dwindling business activities. Some have lost their jobs while, as at today, a number of them are struggling to survive with mounting bills to pay. Feelers from eligible bachelors and single dads show that the situation is challenging for many of them. Some of such men have been asking for help in the area of job placements and contract offers. “I need to be stable economically before I can think of engaging any woman in a serious relationship,” a 37-year-old man who was laid off last year August has said. He explained that he calmed down on the issue of relationship in order to rebuild his economic life; adding that he will return to the “market” as soon as he’s fairly stable.

A single dad said “bringing a woman into my life now is like trying to mess up myself. Will she feed me and my children? God forbid! I’m almost through with the project I started last year. As soon as it is done, I will be ready. I hope the lady we talked about the last time is still available?”

An aviator who lost his job three weeks to his formal introduction said he was yet to consummate the relationship due to economic factor. “I hope she will be patient with me, otherwise she is at liberty to go. Thank God that we were yet to do the introduction; if we did, I’m not sure how we will be able to cope. She was managing at a private business where her monthly take-home was barely enough to cover her transportation. Unfortunately, the owner of the business has closed shop since last year. She’s now into some networking business while prospecting for another job.” Recently, the man called to announce that he has secured a new job. When will he settle down with his waiting bride? “Not so soon. I need to be back on my feet financially before anything can be done in that regard. And if she can’t wait, she’s free to go.”

Last week, a Nollywood actor, Inem Peter, made public her need of a man to marry as she lamented her life in loneliness. According to her statement as reported in a national daily, she was quoted as saying: “I woke up this morning wanting a husband. I beg ooo, I am ready. Where are those men in need of a wife? Please I am ready ooo! I am ready to wash your clothes 3 times a week, serve you in the house and the other room. Just anyhow you want it. I am ready to cook your meal 3-4 times a day. No stale food, no microwave, no warming. Please come and use me, I am all yours. All of you shouting go and marry, I am ready. If you want me to lose weight I will do it for you.” She said.

Report has it that this is not the first time the diva would cry out for help on her lonely condition. She didn’t shy away from confessing that she is single and seriously searching after breaking up with her former boyfriend whom she alleged wanted a noisy girlfriend, a character she was not willing to become. According to her, he broke up with her because she was too quiet for his liking. She went on her Instagram page to make a “Public Announcement: If I ever told you that I was in a serious relationship uhn, it has ended o and I am single again. It ended because we are calm. He wants noise in the relationship. I mean he likes a girl who quarrels and fights. And I can’t trade my peace of mind for any relationship.”

Gradually, our women are embracing reality as they discard the veil of pretence, religion and retrogressive idea of dying in silence when they could seek help by speaking up. There’s no crime in women boldly but decently reaching out to men they consider good enough to be their husbands. Nigeria’s Amazon, vocal and courageous freedom fighter, Aisha Yesufu, publicly declared that she walked up to her man and made overtures to him for a relationship which eventually earned her a peaceful and prosperous family life. Many happy couples today met in funny ways but what matters is the end result. There are several Inems out there in terms of character makeup, disposition and willingness to run good homes regardless of the razzmatazz of showbiz spotlight. At the end of the day, crowning career, social and professional attainments with stable homes is the ultimate. Guys, it is not every woman out there that is parasitic or a liability. They need responsible men they can trust before they open up their treasure of goodies and connections to improve the worth and life of their men. And for those who are unlucky with marriage, don’t give up. Keep trying, you will get it right. Marriage is sweeter than honey only when you are rightly paired.
Stay blessed and welcome to Ember months. Peace!

Re: Solitude: A Ravaging Silent Killer

Your write-up is highly impressive and instructive. When I was a single mother, solitude or loneliness nearly lead me to untimely death. Prior to my decision as a widow, I vowed not to remarry, but to stay with my two kids till my old age. But loneliness made me an unhappy lady. Then, I was always angry, full of anxiety and I had no companion or close pal to share my burden with. There’s no man to lean on or cuddle as my own. Eventually God spoke to me through my son who advised me to remarry so that I will not suffer for too long when they gained admission into the university. I pondered on it, and I realised that I will be left in the cold, lonely by the time my children entered the university. That was why I decided to remarry and to the glory of God, today I’m happily married to a lovely and caring man. No more living in solitude or loneliness. No more soaking my pillows with tears. Let every single mother have a companion for a peaceful and healthy living. Well done, sir. – Julie M. O, Enugu

Nigerian man ‘called chimp by team leader who made monkey noises’ gets €30,000 for racial discrimination