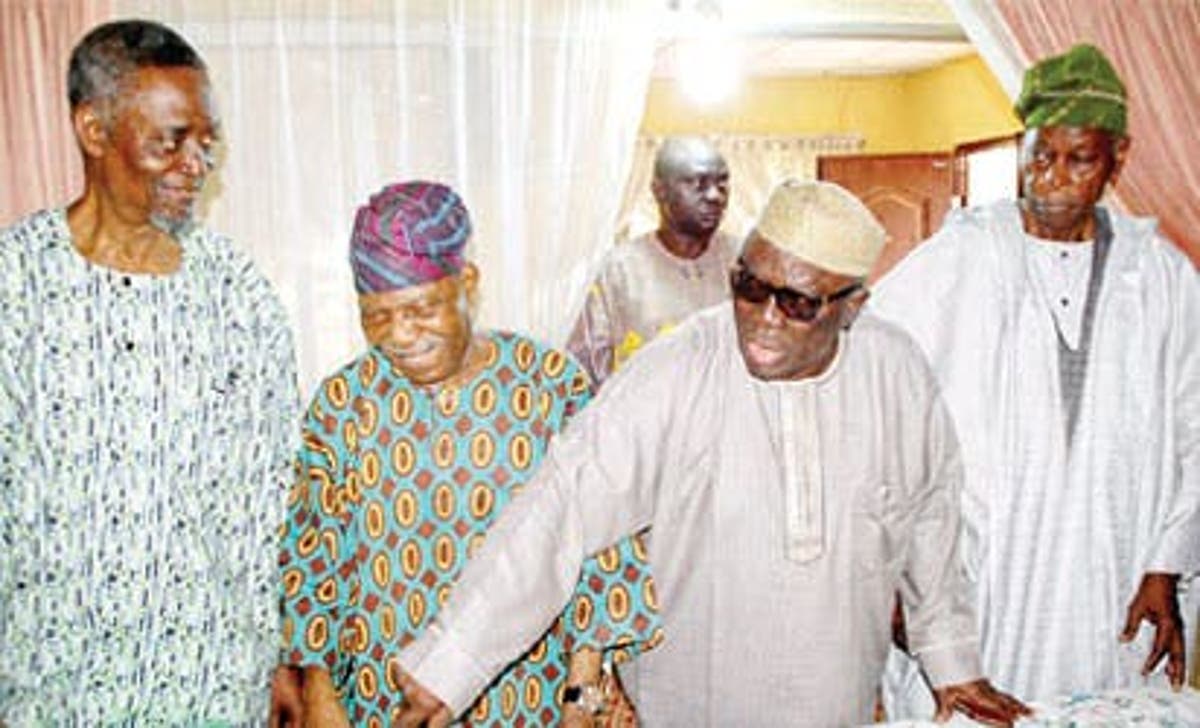 Pan-Yoruba socio-political group, Afenifere, on Tuesday, pointedly declared that Nigeria is fast moving into the precipice, calling on the Federal Government to urgently put a halt to various acts of terrorism, kidnapping, herders/farmers clashes and the like currently ravaging the country.

This was just as the group again reiterated its position that restructuring remained the panacea to the various problems bedevilling the country now, even as it insisted that the exercise should be carried out before the 2023 general elections.

Afenifere made the call in a communiqué issued at the end of a meeting held at the house of its Acting Leader, Chief Ayo Adebanjo, in Ijebu- Ode, Ogun State, saying the step the Federal Government needed to take to address the security challenges facing the country right now was to immediately allow states and local governments have their own police.

“In view of the fact that Nigeria nation is fast moving into the precipice, there is the need by the Federal Government to urgently put a halt to various acts of terrorism, kidnapping, herders/farmers clashes and the like. This, the government can do by immediately allowing states to have their own police. In fact, the security apparatus should be democratised down to the local level.

“Afenifere again reiterated its position that restructuring remains the panacea to solve the various problems bedevilling the country now. And we insist that this restructuring should be done before the next elections in the country,” the communiqué said.

Afenifere, in the 8-point communiqué issued at the end parley, presided over by Chief Adebanjo and attended by the Deputy Leader, Oba Oladipo Olaitan; the Secretary-General, Chief Sola Ebiseni; Chief Supo Sonibare, Senator Kofoworola Bucknor-Akerele, Dr Amos Akingba, among others, noted with serious concern the unprecedented security problems, which it said was accentuated by the influx of people even from outside Nigeria, calling on the Federal Government and security agencies “to put a halt to the unbridled influx of people with questionable intention.”

The socio-political group, while observing that some of these elements were disguising as Okada riders, further observed that terrorism and related vices, including kidnapping, are now so worrisome in places like Yewa, Ogun State, Oke Ogun in Oyo State, forcing the affected people in the area to relocate to the Benin Republic and other West African countries.

It, therefore, urged that urgent actions must be taken to guarantee the security of these people and put a stop to what was causing them agonies.

“Afenifere also noted with concern the illegal mining activities going on in various parts of our land, especially by non-indigenes. In many cases, the manner of this activity is not only jeopardising the economic and agricultural activities of our people in these areas but also the security of the people is being seriously threatened.

“Afenifere also took particular note of the incessant security breaches in our border towns in Kogi, Kwara, Ogun, Oyo, Osun, Ekiti and Ondo. We hereby strongly call for the protection of the people in these areas,” the group said.

On anti-grazing laws, Afenifere expressed its strong support for the Southern governors in their resolution to have the law in place, just as it commended them for the establishment of security networks like Amotekun, urging them to continue to forge ahead.

The socio-political group, however, charged every community to be at alert to realise that they must defend themselves from bandits who seemed to have declared war on Nigeria.

“It is a known fact that Afenifere strongly stands by the Southern governors in their resolution on anti-grazing laws. We commend the steps taken by governors of the South West on the establishment of security networks like Amotekun. We urge them to continue to forge ahead.

“In the meantime, every community must be at alert to realise that they must defend themselves from bandits who seem to have declared war on Nigeria,” Afenifere said.

State Of The Nation: The Dilemma Of Nepotism And Corruption, Time To Pull Back Before It Is Too Late.