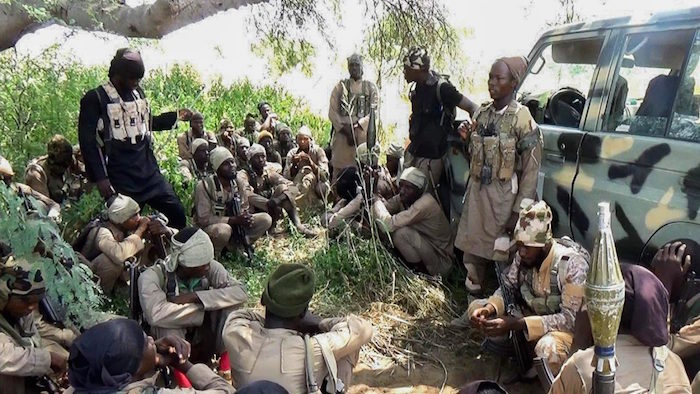 We compiled the data report documenting the genocide and other atrocities committed by state and non-state actors in Nigeria. ICON along with PSJ called the report ‘Nigeria’s Silent Slaughter: Genocide in Nigeria’ and chronicles the incidents of killings over the past 20 years. The reason why it is termed silent slaughter and which I think remains silent is that when there are targeted killings by entity of particular concern (EPC), non-state and state actors in a given place, it makes a case for the international community, especially the United Nations and its ancillary institutions, to investigate.

However, the reverse is the case in Nigeria. Instead of harnessing the international instruments to address these genocidal activities, the narrative is one of moral equivalence that aggregate all the killings based on faulty narrative that half of victims are Muslims and other half are Christians. Therefore, the genocide is permissible as long as it affects both Christians and Muslims.

Additionally, it is a silent slaughter because the Nigerian government misleads the international community with a common narrative of herders vs farmers skirmishes and masked the egregious killings that go with it. Yes, it is silent because Boko Haram/ISWAP have killed more than ISIS combined in Iraq and Syria. Where is the global outrage? Therefore, the silence is deafening.

Why has the killings not subsided despite advocacy efforts by organisations like yours and others that have been putting pressure on the government to take decisive actions?

Is the government really doing enough to check the wanton killings as its officials claim?

If government is doing enough, why is the body count increasing daily? This year alone, PSJ’s mid-year report states that over 3,000 people have been killed. In Nigeria, the masses have resolved to seek divine protection. But imagine if just one Briton or American citizen was killed. You can see why the Nigerian government gleefully lie and go to sleep because the citizens have been subdued by ethnic, religious, and regional alliance. Nigerian government has failed in every ramification.

In your view, what are the ethnic and religious dimensions to the killings in the country?

The killings in Nigeria are complex, but the major driver of killings is religious and ethnic. Hausa tribe is targeted in the north and most of these Hausa are Muslims. But there is a history to that, too. Yet, the religious killings are the highest driver because Boko Haram has intention to declare Nigeria as Islamic caliphate. In the Middle Belt, it is religious and ethnic, as the Fulani militants are fighting to annex native land and is supported by a Buhari administration – from Ruga to creation of nomadic corridor for Fulani under different guises.

What solutions are you offering to ensure restoration and hold the government accountable, which is part of the goals of your organisation?

There are many solutions, but the one we are focusing on as an organisation is to invoke the Magnitsky Act and prevent State actors from seeking medical care abroad and seizure of their property. The other focus is to follow the money trail. Illicit money is the critical enabler for international crime syndicate, for example, like Mexican cartel, FARC, ISIS, Hezbollah, and this applies to Boko Haram and Fulani militants. The other aspect is for international community to deploy its instruments to track rogue countries supporting terrorism in Nigeria. We are engaging congresses and parliaments of friendly countries to this effect. country have the man and firepower to hold the terrorists down in the country and prevent them from doing more havoc as they have in some other countries?

The security forces may have the manpower. But with the current high caliber of sophistication and weaponry the terrorists have in their possession, Nigerian security forces need a total overhauling of their military (i.e. technology, drones and training) in order to confront the terrorists. The military needs to be aroused by providing incentives like medical facilities that cater to wounded soldiers and good living conditions for them. It is sad that we have heard about weapons of Nigeria security forces ending up in the hands of terrorists

What roles should the international community play in intervening in the crisis situation in Nigeria?

What specific injustice and lack of inclusive governance have you noted in the present administration which should be addressed?

The current administration, by all intents and purposes, does not believe in promoting inclusive governance. It responds to the issues that affect nomadic herders in the speed of light and cavalier about issues that affect the rest of the country.

Has your organisation been able to raise enough awareness and build collaborative partnerships to provide a powerful roadmap to address both the erosion of religious liberty at home and violations of religious freedom abroad as you set out to achieve?

International Committee on Nigeria has been engaging international policy space with coalition partners and other agencies. ICON has worked hand in hand with many organizations in the past which led to Boko Haram been designated as Foreign Terrorist Organization FTO and has worked also to get Nigeria as the first democracy to be designated as Country of Particular Concern (CPC) which means there is religious persecution and social hostility. ICON is the first organization to take International Religious Freedom Roundtable out of the United States to Nigeria. It is a multi-faith initiative to discuss possible solutions to promoting religious freedom. ICON is working to have international community declare that genocide is been committed in Nigeria and to deploy international instruments to address and proffer solutions. ICON is also engaging Nigerians in the diaspora to get engaged in the cause of human rights and religious freedom of Nigerians.

What is your assessment of media coverage of the crisis in Nigeria and advice for the media?

The media coverage of the issue in Nigeria is not where it ought to be. Also, instead of the media in Nigeria to report objectively concerning the tragic incidents in Nigeria, it is instead merely affirming the narrative of the establishment. Investigative journalism must bring out the truth and conduct fact checking. I think that the media in Nigeria should serve the people and report incidents as they happen.

Nigeria Is About To Snap – NINAS