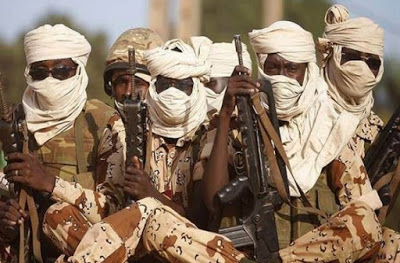 Former Head of State and Presidential candidate of the Congress for Progressive Change (CPC), Major General Muhammadu Buhari has faulted the federal government’s clampdown on  Boko Haram Islamic insurgents. He accused the government of killing and destroying their houses while the Niger Delta militants were given special treatment by the government.

Buhari who spoke on Sunday on a Liberty Radio programme, Guest of the Week monitored in Kaduna also admitted that the road to the registration of the All Progressive Congress (APC) was rough, pointing out that the promoters of the party were well prepared for any hitch that may arise. Buhari who first spoke in Hausa before the English version accused politicians from the Niger Delta region of starting the current insecurity in the country by recruiting and arming youths of the region in their desperate attempt to retain power as governors.

The former Nigerian leader said that unlike the special treatment given to the Niger Delta militants by the federal government, the Boko Haram members were being killed and their houses demolished by government.

While accusing President Jonathan of failing from the beginning to address the security situation in the country, Buhari said he has never been in support of the state of emergency in Borno, Yobe and Adamawa state. According to Buhari “what is responsible for the security situation in the country is caused by the activities of Niger Delta militants. Every Nigerian that is familiar with what is happening knows this. The Niger Delta militants started it all.

“What happened is that the governors of the Niger Delta region at that time wanted to win their elections. So they recruited the youths and gave them guns and bullets and used them against their opponents to win elections by force.“ After the elections were over, they asked the boys to return the guns; the boys refused to return the guns. Because of that, the allowance that was being given to the youths by the governors during that time was stopped. “The youths resorted to kidnapping oil workers and were collecting dollars as ransom. Now a boy of 18 to 20 years was getting about 500 dollars in a week, why will he go to school and spend 20 years to study  and then come back and get employed by government to be paid N100,000 a month, that is if he is lucky to get employment.“ So kidnapping becomes very rampant in the South -South and the South -East. They kidnapped people and were collecting money. (The Blueprint of The Backers of Boko Haram)

“How did Boko Haram start? We know that their leader, Mohammed Yusuf started his militancy and the police couldn’t control them and the army was invited. He was arrested by soldiers and handed over to the police. “The appropriate thing to do, according to the law, was for the police to carry out investigations and charge him to court for prosecution, but they killed him, his in-law was killed, they went and demolished their houses. “Because of that, his supporters resorted to what they are doing today.

You see in the case of the Niger Delta militants, the late President Umaru Musa Yar’adua sent an aeroplane to bring them, he sat down with them and discussed with them, they were cajoled, and they were given money and granted amnesty. “They were trained in some skills and were given employment, but the ones in the north were being killed and their houses were being demolished. They are different issues, what brought this? It is injustice”. While fielding questions in English in the same programme, Buhari said that the promoters of the All Progressive Congress (APC) were aware of the challenges ahead of them in an effort to get the party registered, saying “the road to merger is quite rough. “The ruling party, with its enormous resources and its capacity for coercion has seen it as a threat and they have said it.

Personally, I came to realise since 2007 that Nigerians believe that the only way to stabilise the system of multi-party democracy is for the opposition parties that have representatives right from Councillors to the National Assembly come together to deliver their constituencies democratically. This is the only way you can counter PDP’s enormous physical and material influence in the country. ”He expressed optimism that the All Progressive Congress will be registered saying “by nature, I am an optimist. If I were not an optimist, I will not attempt to contest the presidency three times and end up in the Supreme Court three times. I believe we are going to be registered. “There is a law guiding party registration which states that you must have your headquarters in the nation’s capital that can be identified by INEC and you must have a convention.

All the three parties involved have held their conventions and have agreed to forsake our existing parties and go for APC. “At the national level, we must have those who will run the party. As soon as we meet these criteria and INEC acknowledge that, 30 days after the acknowledgement, we are APC whether INEC write us and give us the registration or not”.

Speaking on the controversy surrounding the election of the Nigeria Governors Forum, Buhari said since the forum was not a legal body, he saw no reason for the controversy saying “the confusion is unfortunate. “To me, the Governors forum is not constitutional and it is not a party affair because they are supposed to come from all the parties. There is no constitutional law as far as I can see. So, why all these row about it.“ I watched the clip of the election which seems to have been conducted in a free and fair way. But then, Jang came and said he won the election when we saw visibly on the screen how they conducted the election. “The man who presided over the election declared the result there and then.

I was surprised how Jang emerged and said he was the one that won the election and proceeded to open his own secretariat.“ So, if 36 of them can not conduct an election, Nigerians should begin to appreciate what we are in for when they are supposed to be conducting an election for over 140 million people by 2015”.He however said that he was prepared to support anybody who emerge Presidential candidate of the All Progressive Congress (APC), saying “If APC fail to give me the ticket, I will remain in partisan politics and in the party. Anyone the party pick as its candidate, I will support him because I will remain in the APC”.

Culled from The Nation