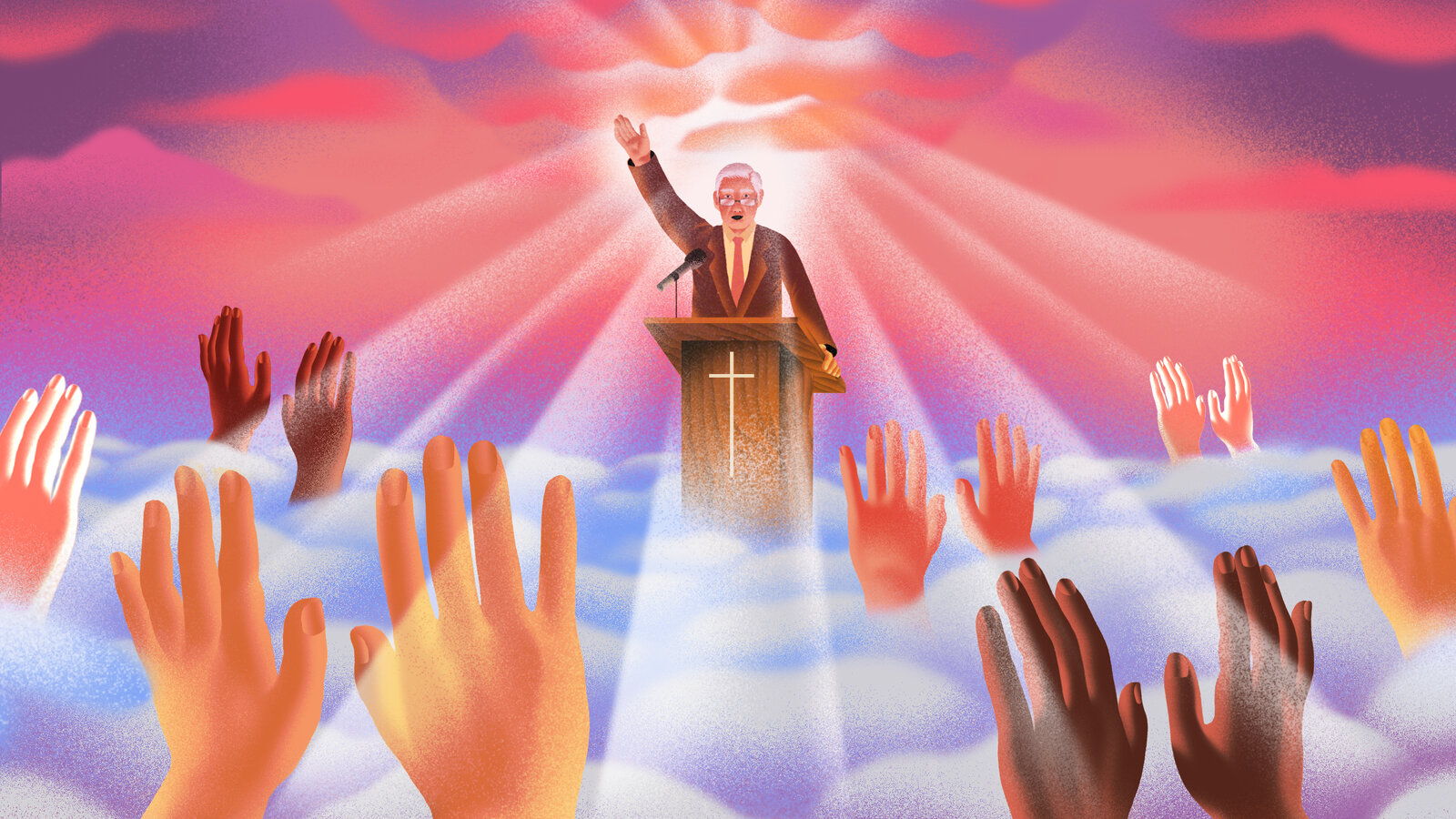 What Happens If Prophets Are Wrong?

SUNDAY INSPIRATION: Consulting a Prophet or Seer for Receiving Direction or Guidance in Life

There has been a long standing tradition whereby the Israelites would come to the prophets among them to inquire of the Lord. For instance, in Exodus 18:15, we read: “And Moses said unto his father in law, Because the people come unto me to inquire of God.” The people of God came to Moses, who was the main prophet amongst them, to inquire of God to give them information and instruction or direction in their affairs in life.

Ezekiel 14 verse 7 in the New Living Translation also says, “I, the LORD, will answer all those, both Israelites and foreigners, who reject me and set up idols in their hearts and so fall into sin, and who then come to a prophet asking for my advice.” The people would come to God’s servant, the prophet, to ask for advice or to inquire of the mind of God on what to do or not what to do in certain things in their lives; since the prophet was supposed to have direct access to God which the people generally didn’t have.

Indeed, among the heathen nations around them too, the traditional habit of visiting or consulting diviners or priests and priestesses of gods and goddesses was also prevalent. That’s why God warned in Deuteronomy 12:30, saying: “Take heed to thyself that thou be not snared by following them, after that they be destroyed from before thee; and that thou inquire not after their gods…” God says, “Inquire not after their gods!”

Apart from the custom of inquiring after gods, there was also the possibility of inquiring from mediums and sorcerers or people operating in familiar spirits. In 1 Samuel 28:7, we read: “Then said Saul unto his servants, Seek me a woman that hath a familiar spirit, that I may go to her, and inquire of her. And his servants said to him, Behold, [there is] a woman that hath a familiar spirit at Endor.” We know that what Saul did attracted God’s utmost displeasure and he was severely punished for it.

Now, seeking prophets to inquire of God’s mind was not limited to common folk amongst God’s people alone, even kings did it. In 2 Chronicles 18:6, we read: “But Jehoshaphat said, [Is there] not here a prophet of the LORD besides, that we might inquire of him?” King Jehoshaphat and the king of Israel were put into a corner here as they desperately needed to make a strategic war decision, and so Jehoshaphat asked if there was a prophet around from whom to inquire of God. 1 Chronicles 18:7 continued to say: “And the king of Israel said unto Jehoshaphat, [There is] yet one man, by whom we may inquire of the LORD: but I hate him; for he never prophesied good unto me, but always evil: the same [is] Micaiah the son of Imla. And Jehoshaphat said, Let not the king say so.” King Jehoshaphat of Judah understood that even if the king of Israel didn’t like Prophet Micaiah, he still must respect the prophet’s office because God put him there.

By the time of Samuel the prophet, prophets were already being called seers in Israel. In 1 Samuel 9:9, we read: “(Beforetime in Israel, when a man went to inquire of God, thus he spake, Come, and let us go to the seer: for [he that is] now [called] a Prophet was beforetime called a Seer.)” This verse of Scripture is situated at the time that Saul, before he became king, was searching for his father’s donkeys and he couldn’t figure out which direction to turn to. Based on the suggestion of the servant that accompanied him on the search, he decided to look for a prophet or a seer through whom they would inquire of God to find out the location(s) of the donkeys.

So, now we have established one major thing: the fact that visiting or consulting seers, or prophets is an age long custom that has existed from time immemorial. The critical problem as we shall soon see is that some people still do it today but with rather sad results. I heard the devastating story of a woman sometime ago who traveled to her home town to kill her mother; because one ‘prophet’ somewhere told her that her mother was behind her life’s misfortunes!
There are people who have cut off from their family members too because a ‘seer’ or ‘pastor’ somewhere told them that associating with their family members will bring them ill luck or put them in danger.

Others, before they travel or take any major or important step in life such as kick-starting a project, they won’t move an inch in the direction of their intention or vision until they consult and take permission from a ‘prophet’ or ‘pastor,’ who would help them to consult God or get to [‘see’] a revelation for them.

Many people’s marriages have been destroyed or broken because of a so-called ‘word of prophecy’ from a ‘pastor’ who  claims to have seen a revelation that if they didn’t terminate their  marriage, they would die or serious misfortunes would befall them. Out of fear, the person to whom the so-called revelation was given would look for every excuse possible to walk out their marriage.

Some others have lost a lot of money too and made bad investments because of the misleading ‘words of prophecy’ or fraudulent revelation from a ‘pastor,’ or ‘seer,’ or ‘prophet’.

Now, how can we avoid these kind of bad outcomes? The simple way is by acquiring the knowledge and getting the understanding of the mind of God for today. During the days of the Old Testament, God led, advised, spoke to, instructed, guided and directed his people through prophets and seers. That was because the Holy Spirit was not given and dwelling or resident inside God’s people of those days. The Spirit of God would only come on the prophet, king or priest to fulfil their callings per time as needed and leave until when next they needed to stand in their office to minister to God’s people.

However, under the New Testament, every believer has direct access to God through the indwelling presence of the Holy Spirit. That’s why in Ezekiel 36:26-27, God said:”I will give you a new heart and put a new spirit within you; I will take the heart of stone out of your flesh and give you a heart of flesh. I will put My Spirit within you and cause you to walk in My statutes, and you will keep My judgments and do them.”

Hebrews 8:10-11 further confirm this where it is written: “For this is the covenant that I will make with the house of Israel after those days, says the Lord: I will put My laws in their mind and write them on their hearts; and I will be their God, and they shall be My people. None of them shall teach his neighbor, and none his brother, saying, ‘Know the Lord,’ for all shall know Me, from the least of them to the greatest of them.”

My point is this and it couldn’t be clearer: God wants you to follow him and inquire of him by yourself through your spirit and not by depending on another person, prophet or seer.

For the Spirit of God dwells in our spirit from where we can perceive spiritual things and inquire of God and follow God’s leading by ourselves in different areas in the affairs of life where the Scriptures have not exclusively covered.
So, the big challenge indeed, is to learn to develop our spirit and become more spiritually sensitive.

Now, does it mean however that God cannot give us a word of direction or a revelation from another person or a minister? No. It doesn’t mean so.

But whatever anyone tells you, prophesies or reveals to you, if it doesn’t agree with the already revealed principles of the written, living Word of God, then discard it! And, if it doesn’t agree with the inner witness of your spirit too, then throw it away! Don’t even ponder over it or give it your attention! If you follow this counsel, trust me, you’ll be fine and you can prevent avoidable hurts and pains in your life’s experiences!

Why Peter Obi May Become President in 2023 by Default