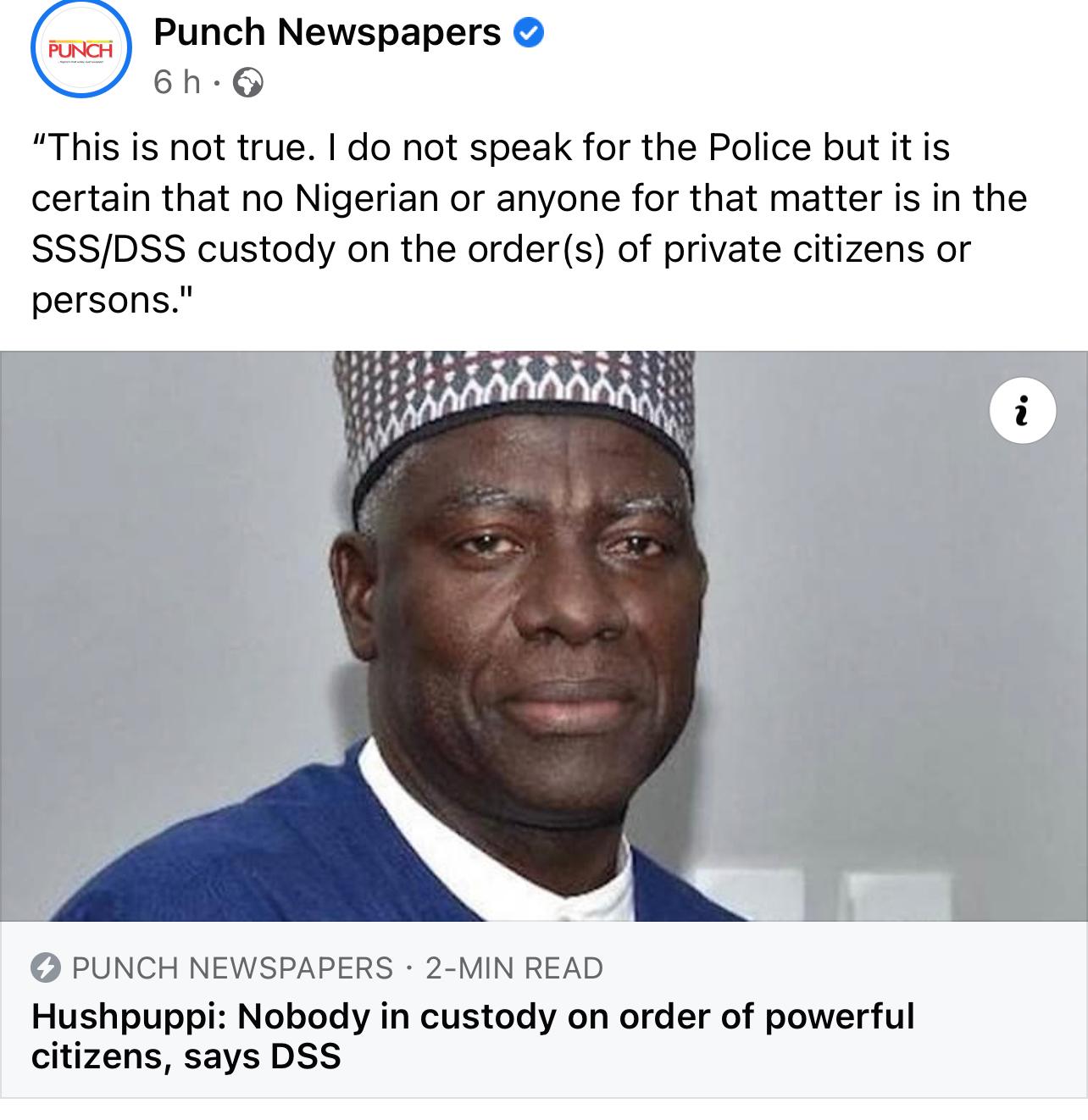 In Response to DSS claim that the agency does not hold anyone in custody on the orders of “big men” or private citizens is laughable, and a complete LIE. Millions of Nigerians including myself know that every law enforcement agency in Nigeria do exactly that; hold not just citizens in custody, but innocent ones at the directions and or orders of the rich and powerful, and or, anyone who can afford their asking price – Ayo Dada

Below is Sowore’s Response:

To the Lawless DSS Threat To Segun Adeniyi, and the fact that it doesn’t detain people on behalf of Nigerian big men;

Here are some facts:

Huge lie! The DSS is the Hushpuppi of security agencies in Nigeria!!

Their directors told me that my detention was prolonged because I reported that the late Chief of Staff to Buhari, Abba Kyari collected N500m from MTN. Then they sent a delegation led by late Isa Funtua to ask me to apologise to Muhammadu Buhari for insulting him on ARISE TV. When I refused they charged me to court with stupid charges which they later reduced to “treasonable felony”

I met a guy who was released the same day as us who was jailed for 8 months because he purportedly scammed his boss, who is friends with the DG DSS and a director. The man nearly died because he won’t eat for 21 days.

A guy had his tendon cut because he stole foreign currency from a retired DG of DSS.

Another guy had kidney disease after a prolonged hunger strike because he was opposed to the president of Chad, Idris Derby who is also now late.

What about the case of Emperor Ogbonna who was detained because he had an issue with his state Governor Okezie Ikpeazu (Isi leather slippers).

Even in our latest encounter with the #Dunamis5, it was revealed that Dr. Paul Enenche told DSS to detain the five young activists for safe keeping because they wore #BuhariMustGo Tshirts to his church. Their final evacuation from the church security post was coordinated by a DSS director who was a senior member of his church.

This is the reason they don’t let people have access to their lawyers and families during detention. They also make their victims sign non-disclosure agreements after they are released.

The most brazen and recent was the illegal detention of Anthony Okolie from Asaba, Delta state. Anthony was detained for 10 weeks because he unknowingly purchased an MTN SIM card previously owned by Hanan Buhari!

The DSS is a criminal organisation. Their is the need to hold all these criminals to account.

Is Nigeria A Sovereign Nation? Not Quite