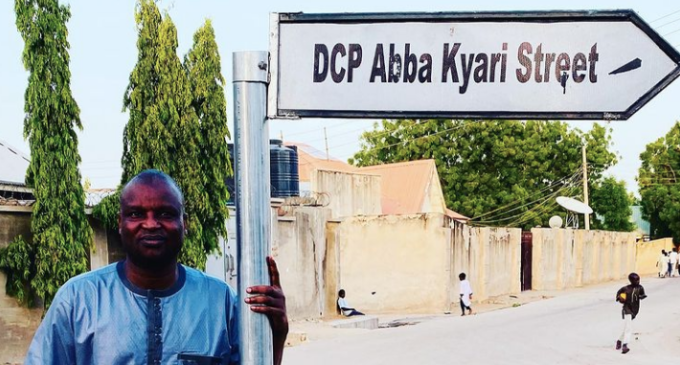 The Inspector-General of Police, IGP Usman Alkali Baba, psc (+), NPM, fdc has recommended the immediate suspension of DCP Abba Kyari, the Head of the Police Intelligence Response Team (IRT), from the Service of the Nigeria Police Force, pending the outcome of an ongoing internal investigations touching on him. The IGP, in his letter to the Police Service Commission, dated 31st July, 2021, noted that the recommendation for the suspension of the officer, is in line with the internal disciplinary processes of the Force.

The IGP further noted that the suspension is also expected to create an enabling environment for the NPF Special Investigation Panel to carry out its investigations into the weighty allegations against DCP Abba Kyari without interference. The suspension is without prejudice to the constitutional presumption of innocence in favour of the officer.

The Special Investigation Panel (SIP), comprising four (4) Senior Police Officers, is headed by DIG Joseph Egbunike, the Deputy Inspector General of Police in-charge of the Force Criminal Investigations Department (FCID). The SIP, inter alia, is to undertake a detailed review of all the allegations against DCP Abba Kyari by the US Government as contained in relevant documents that have been availed the NPF by the Federal Bureau of Investigation (FBI). The SIP is also to obtain detailed representation of DCP Abba Kyari to all the allegations levelled against him, conduct further investigations as it deems fit, and submit recommendations to guide further actions by the Force Leadership on the matter.

Meanwhile, the IGP has reaffirmed the commitment of the Force to the Rule of Law and assured the public of the sanctity of the probe as well as the absolute respect for the rights and privileges of the officer throughout the period of the investigations.

This is the way to go. He can’t continue to wear that uniform. That is unacceptable. Doing so is a grievous indictment on the concioussnes of the entire nation. Abba has no moral justification to remain in the employment of Federal Government until he clears himself of the allegation. He can’t even arrest anybody now for any offence. He has his hands soiled.

This is a welcome development. The FG should go a step further to dismiss him from the force. Now if he likes he can hide wherever he wants, away from the prying eye of the FBI That is his prerogative.

To those who have lamented the nation losing the services of the super cop if he suffers any untold fate, they are simply naive. We cannott continue to build personalities instead of institutions and expect development.

I agree, Abba has been deligent and dexterous in his duties. He is indeed a super cop. However, in a saner clime, would have 100s of Abba. Let Nigeria build the institution and see how thousands of Abba Kyari evolve from this same ailing system. – Bayo Ogunyemi

COVID19 (DELTA) – SAVE YOUR LIFE AND THOSE OF OTHERS!

Bola Tinubu In Critical Condition, Hospitalized In The US

The Mystery of Erectile Dysfunction

Oritsejafor: A Fiery ‘Defender of Faith’