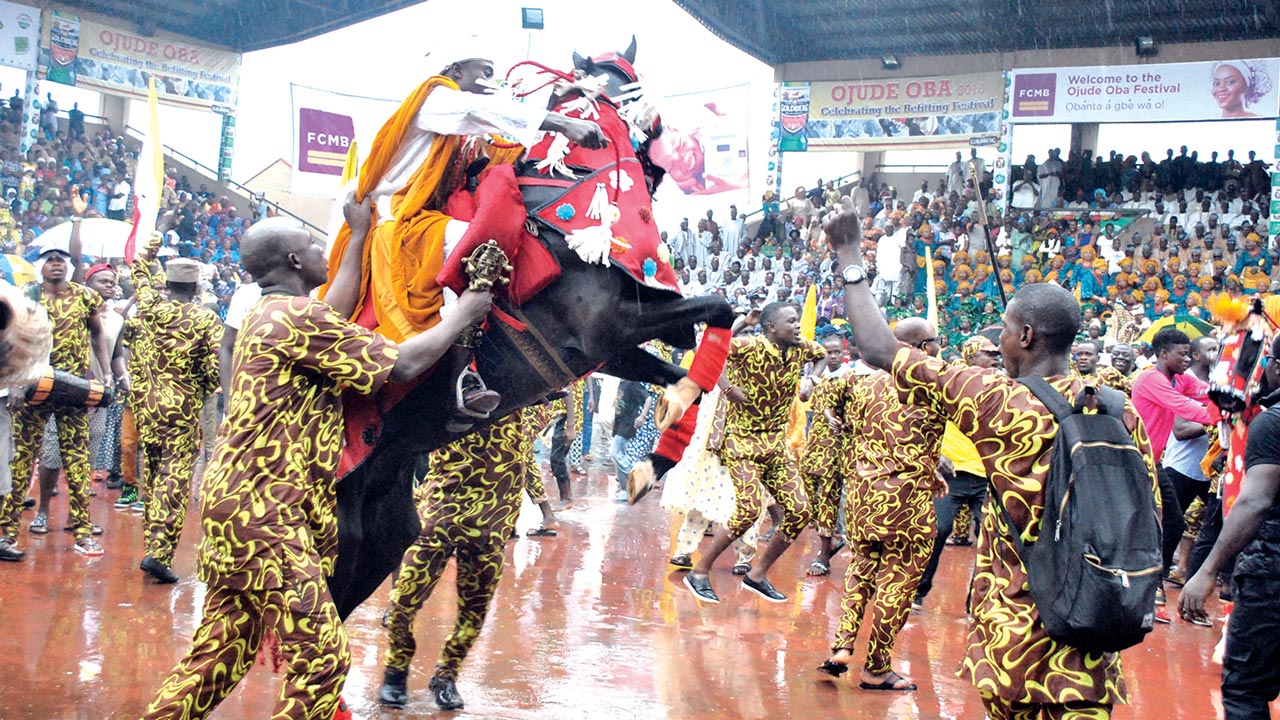 Tribute To The Yoruba

People often assume the Yoruba are so successful as an ethnic nationality due to their thirst for education, and how it has penetrated down even amongst their remotest rural communities. But study them. Their culture of respect opens doors for them that even education cannot open. Diplomacy gives them supremacy.

And their culture is often mistaken for what it is not by others who do not understand them as a people. What some people ignorantly call cowardice, or sycophancy, is stooping to conquer. It is both a military and diplomatic strategy.

This is what Scripture meant in 2 Corinthians 10:4 “The weapons of our warfare are not carnal, but mighty”. Wisdom, courtesy, diplomacy, and praise are all weapons. A weapon is anything you can use to achieve your strategic objective. It does not always have to be a physically offensive weapon.

But are the Yorubas even cowards, as some people accuse them to be? Well, let us let the facts speak for themselves.

In the history of Nigeria, only two men have returned to Nigeria to face almost certain death even when they had the option of a very comfortable political asylum abroad. Both of them are Yoruba. In 1985, General Ibrahim Badamasi Babangida toppled the Buhari regime while Major General Tunde Idiagbon (mixed Yoruba/Fulani) was at Mecca yet Idiagbon returned.

In 1995, Olusegun Obasanjo (pure Owu Yoruba) was accused of planning a coup by the blood thirsty tyrant, Abacha (if you do not like that truthful description of Abacha or if you believe that ‘Abacha did not loot’, you can go and join him where he is) while he was away in Copenhagen.

He was informed by the then US Ambassador, Walter Carrington, that Abacha meant to arrest, try and execute him, and was offered political asylum in the United States.

What more example of bravery can there be than these two shining ones.

Furthermore, there is the apocryphal example of Colonel Francis Adekunle Fajuyi who chose to die with the then Head of State, Johnson Aguiyi-Ironsi, rather than abandon his guest, which he was at liberty to do.

In addition to the above, in my opinion, they are the least likely to maintain and retain their cultural values, when it clashes with other cultures.

I love how they retain their full culture when they travel abroad. It is a rarity amongst Africans. When you visit London, you may be confused if you think Yoruba is the only African language in existence.

A Yoruba man can enter a quiet bus and receive a phone call and speak in Yoruba, and won’t feel embarrassed. And I am not referring to a Johnny Just Come. I am referring to second generation Yorubas who were born and brought up in England,

I have been traveling the world from childhood, yet I have not encountered people doing that with much wider spoken African languages, such as Swahili and Hausa.

They may speak it privately in their homes abroad. but not publicly, and even if they do, it is not to the extent of the Yoruba.

It has gotten to the extent that the Metropolitan Police now recruit Yoruba speaking Constables, and Harrods now employ Yoruba speaking cashiers. Oh please do not just take my words at face value. Fact check me.

Go to Houston on a Sunday, you will see Yoruba people everywhere in their native wears, adire, plus abeti aja and eleti aja.

Here in California, other Africans now draw crowd to their parties by saying ‘the Nigerians will be there.’

This will annoy other tribes, including mine, however, when foreigners talk about how cool Nigerians are, they are usually referring to Yorubas.

Take it or leave it, but the Yoruba are the most progressive Black people on the face of planet Earth.

The reason why Yorubas are the biggest music stars of Nigerian origin is because they are unabashedly Yoruba. They do not try to sing or act like Westerners. They are very in-your-face with their Yoruba-ness. And when people like themselves to such a high degree, others tend to join them in liking them.

There are an estimated 15 Black billionaires on Planet Earth. Three of them are Yoruba. More than any ethnic nationality in Africa.

US President, Joe Biden, named a Yoruba man, Adewale Adeyemo, as deputy Treasury Secretary. This is the highest position to which a Black African has been appointed (not elected) in US history. Another Yoruba man, Dr. Oluyinka Olutoye, became the first person on Earth to successfully perform a surgery by taking out an unborn fetus from its mother’s womb and putting it back after the surgery.

77% of all Black doctors in America, and a very large percentage of these are Yoruba.

I commend the Edekiri people (the real name of the Yoruba). You guys are oni te si iwaju.

TERRORISM/INSECURITY IN NIGERIA: Your Guess Is As Good As Anybody’s