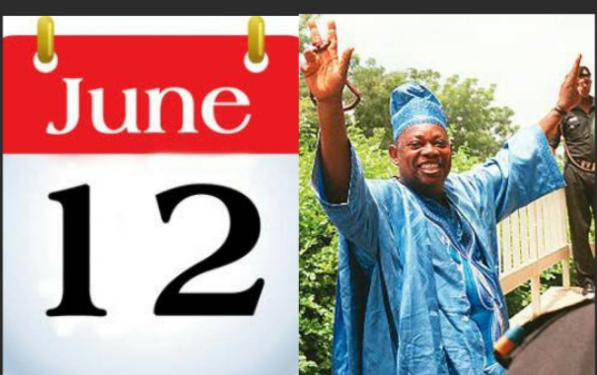 Your Excellency, permit me to use the words of our indefatigable orator of the blessed memory, Maitama Sule ‘Danmasami Kano’ who said, “Behind every crisis anywhere in the world is INJUSTICE.” “The solution to every crisis is to do JUSTICE.” The historic election of June 12, 1993 and consequently the annulment of the most credible election that is adjudged to be free and fair, is a dark chapter in Nigeria’s chequered history.

It is with a heavy heart that I write on behalf of the Africa Covenant Rescue Initiative (ACRI) and our compatriots across the continent of Africa to inform you that the Nigeria you paid the supreme price for, having been denied the well-deserved presidential mandate freely and overwhelmingly bestowed on you by the Nigerian people in 1993 for the betterment of their overall wellbeing, is still a huge nightmare in the present day.

It may also interest you to know that citizens’ confidence in the system has not only been badly bruised since your demise but has increasingly continued to diminish with each passing day and with no iota of hope in the horizon. The situation is such that our heroes past would never have imagined, considering the country’s present status as the poverty capital of the entire world even in the midst of its abundant and untapped God-given resources. The narrative has been made even worse with the current parasitic leadership that takes much pleasure in frivolities, added to the endless plundering with reckless abandon of the nation’s commonwealth.

A certain Prof. Attahiru Jega, a former Vice-Chancellor of Bayero University, Kano and a two-time Chairman of the Independent National Electoral Commission (INEC) puts the situation in a proper context when he once posited that “Nigerians have been afflicted by the misfortune of having characters in governance who are neither selfless nor visionary, who are greedy whether for power or money; who are essentially clueless about matters of governance and reckless in the way they handle government affairs.”

Your Excellency sir, I would not know if the internet we are familiar with here is also used in Heaven. The reason I ask is simply to intimate you with the fact that Nigerians just can’t breathe even as at the time I was penning this message to you. Things have steadily gone from bad to worse, especially in the aspects of the abuse of fundamental human rights of citizens, legalizing executive and institutional recklessness, and the flagrant bastardization of the nation’s once vibrant economy by means of clueless economic blueprints.

I must not forget to add that the current government has, in tacit demonstration of gross leadership and managerial incompetence, successively dragged your once beloved country into multiple economic recessions within the period it assumed power. The once buoyant economy is now in comatose as citizens are groining in pains and hardship.

Our dear Bashorun, recall that, the driving force behind HOPE ’93, was the desire for a better Nigeria anchored on the “bye bye to poverty” slogan, one that brings to mind one of your guiding philosophies where you said, “It is unacceptable for any of our citizens to go to bed hungry.”

Your Excellency, it is needless to bother you with the growing executive madness that still reign supreme in the country you did all you could to ensure its repositioning. Glaring acts of intimidation and barefaced vote rigging had continued to flourish in our clime with the present leadership not willing to allow for the globally acceptable mode of electronic electioneering anytime soon.

As against the decent nation state you intended to bequeath to generations yet unborn as copiously entrenched in your Hope ’93 blueprint, all indices of bad governance, many of which are used in determining a failed or failing state, stare us in the face today. Is it the entrenchment of outright fallacies and propaganda that has assumed policies of government in Nigeria today or the brazen acts of instituting nepotism/ethno-religious supremacist agenda that is the stock in trade of the present administration? It is all motion and no movement as Gani Fawehinmi of blessed memory once described the tragedy of the Nigerian nation state.

Sir, it is worthy of note to inform you that the megalomaniac tendencies of the ruling class and their cronies had ruined the economy with every fabric of the nation being destroyed. From the economy to the unity of Nigeria, I dare say that no area has been spared of the rot that has become our once proud nation. Today, the freedom of expression has taken flight in Nigeria as harassment, torture, killings, excruciating economic hardship, nepotism, unemployment, official high handedness have become the order of the day.

October 20, 2020 has become a defining moment for the abysmal human rights posture of this administration. It was the day the globe watched with awe as the state descended heavily using military might to kill and maim its own young men and women, drenching the national flag with innocent blood just for coming out to peacefully express their displeasure over issues of bad governance under the codename #Endsars. The constitutionally guaranteed right of citizens to peaceful protest that was converted, albeit regrettably, to a huge theatre of war has come to be known today as the infamous #Lekkimasacre.

The aforementioned are just few of the unfortunate realities that underline our corporate existence in the present time. However, I am equally glad to announce to you that as a nation, we have set in motion the search for a selfless and visionary leadership in our beloved country Nigeria, the type of leadership you envisioned but which was truncated by enemies of the state. You will need to also know that your boy, ‘Yele’ is not relenting in this wise in spite of all odds. June 12 has become the symbol of our Democracy, and assuredly, HOPE ’93 will continue to resonate and remain alive in the minds of so many of our compatriots, home and abroad.

As my concluding thoughts, Your Excellency, may I on behalf of the HOPE 93 family and enthusiasts across the globe assure you that the supreme prize you paid in your selfless quest to make our country a much better place will forever be treasured and celebrated.

You were a rare breed of Nigerian and of no mean personality who left an indelible footprint in the sand of time. Sleep on, great hero of mother Africa; Adieu, M.K.O, the great pillar of sports in Africa, and President, Federal Republic of Nigeria, whose overwhelming presidential mandate no one can ever wish away!

Richard Odusanya is a Social Reform Crusader and the Convener of AFRICA COVENANT RESCUE INITIATIVE (ACRI).

SALEH SLAMS MESSI: ‘YOU’RE GREEDY & NOT THE ONLY ONE’

Buhari’s Campaign Promises – The Greatest Lies of The Century

Monday Lines: Who is the next president?

LekkiMassacre; For Me, Truth matters