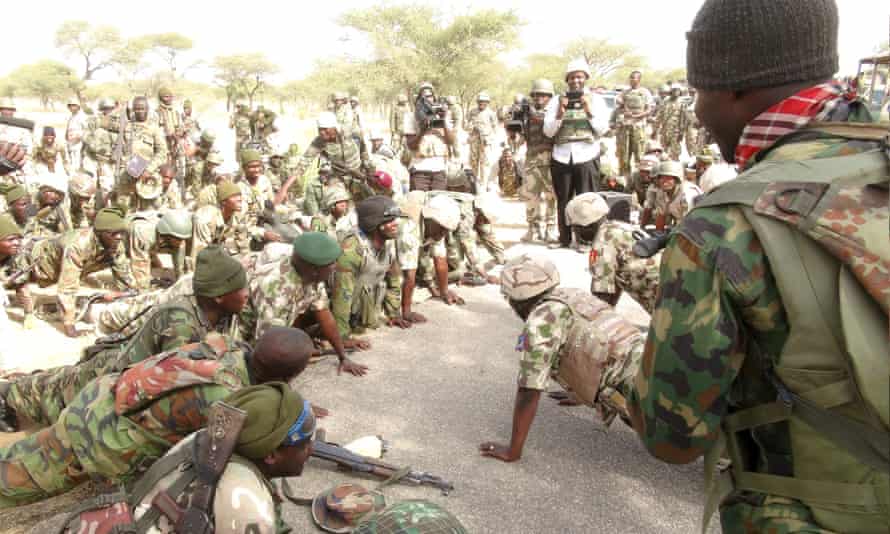 They are killed and buried in unmarked shallow graves without records in the battlefields against Boko Haram in the North-East, in Imo and other States of Eastern Nigeria, killed in Kajuru in Southern Kaduna, Zamfara, Katsina and Niger State in the North-West.

At the Defence Headquarters in Abuja, Southern Officers are been retired in their prime or their Juniors promoted and given responsibilities over them. Everywhere you turn, Southern and Christian soldiers and officers are in peril as they are been purged from the armed forces for no just cause or sent to certain death in battlefields that are already sold to the enemy.

And what are their Southern patrons and public office holders doing about it all? Many are rationalizing and justifying the undue retirements of their officers and men, others are just plain stupefied by the audacity of the Commander-in-Chief retiring officers prematurely and his brazen show of nepotism in a once well ordered and respected institution.

Others are too busy gorging themselves with loot and lucre that they cannot give anyone the time of day, not to talk of caring what the President does with whomsoever he likes. There’s so much to steal and so little time left.

No one appears to know how to respond to Buhari’s determination to complete his “Fulanisation” of Nigeria agenda before he leaves, if he ever will and so politicians and social crusaders alike are always two steps behind in responding to Buhari’s audacious and well scripted shock treatments to the Nigerian nation.

Buhari seems determined to traumatize everyone to submission. “It cannot be done” or “it has never been done” appears to be a reason for him to breach another borderline in a hurried descent to anomie. And so like viewers of a horror movie we know must end badly, we stay glued as Buhari moves to deadly scenes of our collective journey to perdition. We stay hooked to his destructive devices, waiting for the next horror.

Although everybody proclaims federalism and want the nation to enforce a more Federal structure, all of us appear transfixed on the reflexes of the unitary and command system introduced by the military nearly six decades ago. And so we leave Buhari to his macabre games on the destruction of Nigeria.

The President and Commander in Chief is not the owner of the armed forces. He is just a tenured Commander in Chief of a national army, an institution which has its governing rules and regulations and of course, its own well laid out succession traditions. But we stand askance and bear witness to how Buhari tramples on these rules and traditions to achieve a barely hidden aim we all know will bring the nation to an assured conflagration.

Everyone, particularly the South, stand too confounded and intimidated to intervene in the trashing of our rules and traditions by the president and we watch helplessly as Southern Soldiers and Officers are purged and sold short from a profession they love and have devoted their services and their lives.

The Forces are being decimated of its best officers and performers from our Southern and Middle Belt ethnicities and we stand aside and watch helplessly.

Nobody appears ready to confront the poison being wrought by a reprobate Commander in Chief and we refuse to go woke on the malignant social problem that he will leave with us which has the capacity to consume all of us in the end. He is set on a course of destruction of the nation’s armed forces, an institution that has gone through wars, trials and misadventures in Government but managed to hold the multi-ethnic country together.

The armed forces of Nigeria is one of the two last institutions holding Nigeria together and if Buhari is allowed to trash it as he has done all the others; judiciary, legislature, the Central Bank, economy, the Petroleum industry etc, everybody should begin to say goodbye to Nigeria that once was.

Buhari has built so much ethnic and religious distrust and disaffection into the Nigerian armed forces that soldiers of different religions are now shooting at one another.

Fighters and officers are full of trepidation stepping into an Airforce plane. Soldiers are training guns at and shooting at their Commanders. The entire forces in the Northeast are holed up and defending their forts called barracks instead of being on the offensive against the terrorists.

The entire forces are now riddled with institution-wide clannish and religious loyalties that has bred irreparable mistrust and destroyed comradeship. And we all stand by and watch as our once respected institutions are destroyed one by one before our very eyes.

Will somebody please say no?

WHAT IS LAGOS RIDE ??

At least 200 dead in bandit attacks in northwest Nigeria

They know who the bandit terrorists are, make no mistake about it.