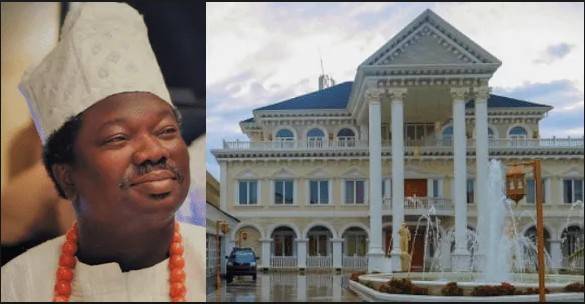 Foot In Mouth, Entitled & Out Of Touch Yoruba Billionaire Olu Okeowo Lies Against The Southwest Region Where He Is From To Please His Paymasters?

Is The Southwest Just ‘’Area Boys and Fake Pastors’?

By now, you may have read the comments of one Olu Okeowo, who belittled the people of the Southwest when he said inter alia, as follows:

Unfortunately, my people here from the Southwest will be the ones to lose out most because what we have produced mostly are area boys and fake pastors. We need to pray for the unity of Nigeria.”

In my opinion, it is very myopic for anyone to say that all that the Southwest has produced is “mostly are area boys and fake pastors”. It is just not true. And obviously so.

Japan and Singapore have perhaps the least natural resources in the world. But they are nevertheless some of the most developed nations on Earth, because what is between the ears is more important than what is beneath the ground.

If Nigeria had no quota system, and we employed our workforce strictly on merit, people from the Southwest will dominate almost every sector in Nigeria. It is not because they are more intelligent than other Nigerians. It is because, thanks to a man named Obafemi Awolowo, they are the most educated Nigerians, bar none.

If the Southwest want to bring down a government, they have the infrastructure to use propaganda to tear that administration down. They have done it before and they can do it again. That is power. That is influence. The Yoruba understand that the pen is mightier than the sword.

The only sectors that the Yoruba do not dominate are sectors that they do not want to dominate, either because they look down on such sectors, like the military or police, or because dominating it will require them to leave Southern Nigeria, and many people of Southwest origin will rather be poor, than move to Northern Nigeria. That, they leave to people of Southeast origin.

And it is highly ignorant to say that the Southwest depends on other regions for electricity. Not true. The Southwest has Papalanto, Olorunsogo 1 and 2, Egbin Thermal Power station and Omotosho 1 and 2. It seems that Mr. Okeowo still has a 1960s mindset. Today’s Nigerian electricity is not solely hydro based (Kainji Dam, Geregu, etc). Those days are long gone.

In terms of commodities, the Southwest is Nigeria’s cocoa and cassava heartland, and competes with Benue as the yam centre of Nigeria.

And last but not the least, the Southwest has one of the most viable assets in Nigeria-ports. Tin Can Island port, and the Lagos Port Complex, are the gateways to Nigeria’s commerce.

When you add the fact that the Southwest has the most developed infrastructure in Nigeria, and that her industrial capacity is more than the industrial capacity of the rest of Nigeria combined (it will shock you to note that Ikeja Local Government Area and Agbara Industrial estate alone, consume more electricity than the entire Northwest, or that Alaba International Market generates almost $7 billion annually), you begin to understand that that statement by Mr. Okeowo is fallacious.

Lagos state has a bigger internal economy than Kenya or Ghana. If Lagos state were a country on its own, she would have the 7th largest economy in Africa with a GDP of over $100 billion (compared to $95 billion for Kenya and $67 billion for Ghana).

And funny enough, most people do not even know that the Southwest has oil in commercial quantity in both Ondo and Lagos.

So, it was very flippant and ignorant for Mr. Olu Okeowo to have badmouthed his own region so badly. Whose script is he acting? I do not know.

I am not agitating for the division of Nigeria. However, to say that if Nigeria divides, the Southwest will suffer, is utter nonsense. I had previously thought Olu Okeowo was vacuous. But now, I am sure of it.

But why would a man of Southwest origin misrepresent his own region and people so badly?

I am a researcher, and one thing I know is that it is more likely to get a person of Southwestern origin to betray their region’s group interests, than it is to get a Northerner, or an Igbo to do so.

You see it on social media platforms and the online comment sections of Nigerian newspapers.

People with Yoruba names will attack their own leaders and undermine them, and others with Southeastern and Northern names would join them.

However, you will hardly ever see a Northerner attacking a fellow Northerner, and of a person from another region does it, they will forget about their internal differences and unite against the interloper.

According to the late Reverend Samuel Johnson’s book ‘The History of the Yorubas: From the Earliest Times to the Beginning of the British Protectorate’, the Yoruba nation, or more specifically the Oyo Empire, prodded on by Aare Ona Kakanfo Afonja, betrayed their king, Alaafin Aole, and killed him.

However, before he was killed, Alaafin Aole placed a curse on his people by firing mystical arrows in three directions, and said that just as those arrows went in various directions, that the Yoruba, (or Olukunmi people, or Edekiri speakers) would never be united.

The Yoruba are a very ancient and mystical people, and this enchantment by Alaafin Aole is very credible, because a similar incident happened in Scripture in 2 Kings 13:15-19.

But I do not know if this curse can still be said to hold water, because the Yoruba nation united, more or less, under the leadership of Chief Obafemi Awolowo, particularly after the death of Chief Samuel Ladoke Akintola.

Whether true or not, it may be a good idea for leaders of the Yoruba nation to call Mr. Okeowo to order, lest he becomes yet another modern day Afonja. The Yoruba already have Bola Tinubu. They may not need another Quisling.

2023 – Is OBJ The True Kingmaker As Northern Elders Visit Him?