BREAKING NEWS
GMT+2 04:34
Home Article How The Nigerian Government Is Funded; One of The Major Reasons The Fulanis Are Afraid? 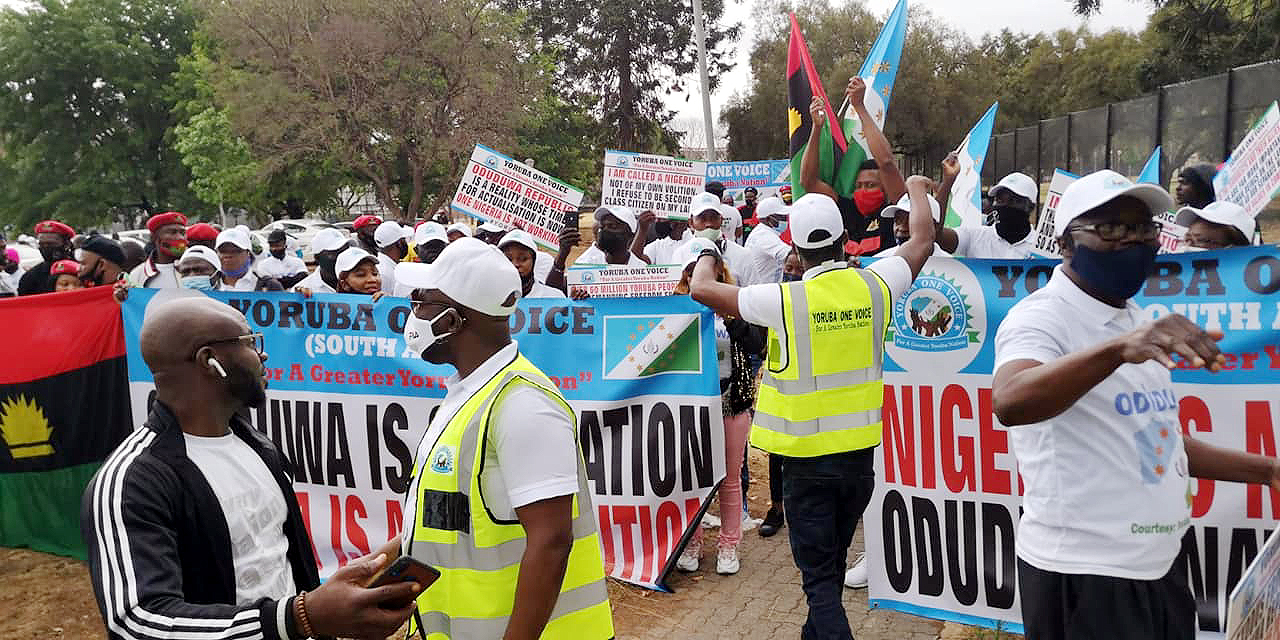 Southern Nigerians In The Diaspora Protest The Northern Oppression & Seek Out If The Country Is Not Restructured.

How The Nigerian Government Is Funded; One of The Major Reasons The Fulanis Are Afraid?

It is not news that most of the northern states are economically subservient to their southern counterparts, which some would describe as Parasitical. This should not be, because the north has more than enough to grow their own economy when, not if the country is restructured for self determination by the regions of the country.

Nigeria is a federation. The government operates at three levels, Federal, States and Local. Oil revenues account for nearly all government revenue – 69% in 2017. Corporation taxes, VAT, customs, and other levies make up the rest. States are financed in two ways: with the funds they generate through personal income taxes and other levies – known as Internally Generated Revenue (IGR), or the money they receive from the FG every month from the Federation Account Allocation Committee (FAAC). The local governments are also financed through a mix of allocations from the FG and IGR.

How Is The Money Shared?

At the end of every month, the FG gathers all the money it has generated from crude oil sales, customs and taxes, and so on. 13% of any revenue made from natural resources is returned to the origin state of those resources, in line with the derivation principle. Other deductions are made for the costs associated with collecting revenues, and the rest of the funds are shared across the three tiers of government. The FG (Headquartered in Abuja) keeps 52.68% for its budget (goes to the FCT), the states share 26.72%, and local governments get 20.60%.

Each state receives a proportion of federal revenues based on a “Horizontal Allocation Formula”. The first 40% of revenues is shared equally across the states. The rest is determined by population (30%), landmass (10%), IGR (10%) and social development factors (10%), which include things like school enrollment, number of hospital beds and most peculiarly, the amount of rainfall in the state.

Many Nigerian states are funded mainly from federal allocations, with as many as 14 states (mostly northern) funding at least 90% of their budgets with their FAAC allocations. This poses two problems. First, because most federal revenue comes from oil, volatile oil prices make it hard for states to plan their financial futures. It is common to see states expand their civil service during oil price booms and struggle to pay salaries or fire workers when oil prices slump. The federal government bailed out states in 2015 for this reason.

The second problem with this revenue sharing system is a little more nuanced. When states generate their revenue from taxing citizens, the incentives of the state align with the economic benefits of its citizens. The state needs its economy to grow so that government’s tax income can increase. However, in a system where revenue is gotten mostly from federal allocations which have no relationship with the economic performance of the state, the state government stops caring about the economy of the state (again, these states are mostly from the North). Instead, they turn their attention to matters in Abuja as they try and preserve their FAAC allocations. (SOURCE – EXPLAINER)

Little wonder the Northern Oligarchs will stop at nothing to make sure that the status quo remain the same. They oppose Self Determination, they are against Referendum and do not want to Restructure. They foisted a fraudulent Federal Constitution on the country, they are trying to Fulanize Nigeria through the back door, some would argue it’s through the front door now that their hands are caught in the cookie jar. GOD KNOWS THEY WILL FAIL, and the rest of Nigeria will be liberated, because the beginning of the end of their oppression is here!

THE NORTH AND THE VANITY OF POWER

Akure: Woman severely assaults boy in her care for “stealing” a piece of meat from her pot (video)

Obadiah Mailafia: The Passage of a Deeply Thoughtful Man, By Jibrin Ibrahim