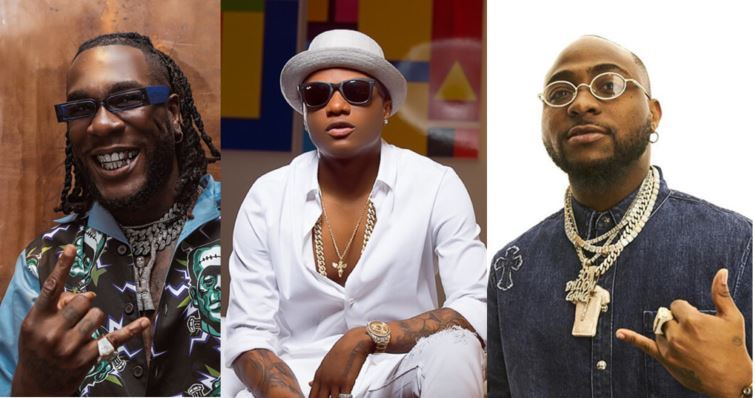 I was in Ghana in February 2002 and decided to go clubbing in Accra, I was overawed when I entered the club and found Ghanians miming Nice’s Gongo Aso track word for word, with half-clad Ghanaian ladies dancing ecstatically. As a reporter, I did a story on my experiences and also interviewed some Ghanaians who could not hide their love for the rave of the moment Nigerian Afro-pop.

Starting in the early 1990’s, a new musical movement began in Nigeria and this was in the thick of military interregnum. Heavy, percussive club beats with irresistible sounds and street-wise raps in Yoruba, Igbo and pidgin English, thus began the evolution of the Nigerian Afro-pop music genre. The sound was incubated in Lagos to the world. The pacesetters include artists like Junior and Pretty, The Remedies and Plantashion Boiz who brought a new youth-centric style drawing heavily on R n B, Hip-hop and reggae with a potpourri of cultural input, that is local slangs, proverbs and adage.

Thirty years down the line, this genre has exploded from the margins to the mainstream and grown to an international pop music phenomenon, spreading across the African continent and influencing Europe and the United States  musical taste bud. Musical, cultural, political, economic and technological developments have turned the sound of this contemporary Nigerian pop music into a massive industry of artists, labels, radio and television stations, video directors, public relations firms and much more. The frontier people include but not limited to Kenny Ogungbe of Kennis Music in conjunction with AIT and Raypower FM, 2Face Idibia (2Baba), DJ Jimi Jatt, Sound Sultan, Eedris Abdulkareem, and the new raves of the moment Don Jazzy, Ikon, Cobhams Asuquo, Young John among others. The new artists of the millennium include but not limited to Iyanya, Flavour, Falz, Phyno, Tiwa Savage, Naeto C, Dr Sid, Olamide, Naira Marley, Adekunle Gold, Yemi Alade, Q Dot, Small Doctor, and of which Wizkid, Davido and Burna Boy are the focus of this discuss.

WIZKID
Ayodele Ibrahim Balogun aka Wizkid started recording music at age 11. He formed a group, Glorious Five, with his church friends and released a collaborative album but this was before he signed a record deal with Empire Mates Music (EME) in 2009. He rose to prominence after releasing “Holla at your Baby”, the lead single from his debut album “Superstar”(2011), other singles include “Tease Me/Bad Guys”, “Dont Dull”, “Love me Baby”, “Pakurumo” among other monster hit from his “Superstar” album. “Ayo”, his self titled second studio album was released in 2014, this also had hit singles like “Jaiye Jaiye”, “On top your Matter”, “One Question”, “Joy”, “Baby Show the Money”.

He left EME after his contract expired. He gained international recognition with his collaborative act with American music icon, Drake, when they released “One Dance” which top music chats in fifteen countries. He signed a multi-album deal with RCA records in March 2017. His third studio album “Sounds From The Other Side” was released in July 2017 while his fourth album was released in October 2020. Born on 16th July, 1990, Ayodeji Balogun aka Wizkid was the first Afro-pop artist to appear in 2018 Guinness Book of World Records and also one of the most decorated African artist. He has endorsement with many blue-chip brands prominent of which is Pepsi International. He won the 2020 Grammy Award for the best music video – Brown Skin Girl.

DAVIDO Born on 21st November, 1992, to an affluent family from this reporter’s home state, Osun State. David Adedeji Adeleke aka Davido is an American born Nigerian singer, songwriter and record producer, he cut his musical teeth in Atlanta, Georgia. His genres are Afrobeat, Afro-pop, Pop, Electro-Pop, Dancehall and RnB. After dropping out from his Business Administration course in college, he rose to fame after releasing his “Damiduro”, the second single from his debut studio album Omo Baba Olowo (OBO) in 2012. Among hit singles from the album are “Ekuro”, “Overseas”, “All of You”, “Feel Alright” and “Gbon Gbon”, so it did not come as a surprise when he won the Next Rated Artist award at “The Headies” in 2012. Between 2013 and 2017, he released singles which are monster hit and these include “Gobe”, “One of a Kind”, “Skelewu”, “Aye”, “Owo ni Koko”, “Naughty”, “The Money” and “The Sound”. He signed a record deal with Sony Music but not before establishing his own record label David Music Worldwide (DMW) to which acts like Mayorkun, Dremo, Yonda and Peruzzi are currently signed.

In July 2016, he signed a record deal with Sony’s RCA records where he released a five tracker “Son of Mercy” supported by other singles “Gbagbe Osi”, “How Long”, “Coolest Kid”. In April 2017, he renegotiated his contract with Sony due to creative control issues and later that year he released five singles including “If” and “Fall” which became the longest charting Nigerian song in Billboard history. He released his second studio album “A Good Time” in November 2019 and his third studio album “A Better Time” in November 2020. He has shared stage with the world’s greatest musical artists and he has endorsements with Guinness Nigeria and Infinix Mobile, a Hong Kong smartphone manufacturer. He also signed a 30million naira deal with African mobile giant MTN.

BURNA BOY  Damini Ebunoluwa Ogulu aka Burna Boy is a singer, songwriter, rapper and dancer. He rose to prominence in 2012 after releasing “Like A Party”, the leaf single from his studio album “L.I.F.E (2013). In 2017, he signed with Bad Habit/Atlantic Records in the United States of America and Warner Music Group international.  His third studio album “Outside” marked his major label debut. In 2019, he won the Best International Act at that years BET Awards and was announced as Apple Music Up Next artist and was nominated  for the Best Music Album at 62nd Annual Grammy Awards.

Born on 2nd July, 1991, his musical feats has transcended the African musical plain and it has been accepted worldwide. He was appointed Artist of the Year at the 2020 VGMA’s and his “Twice As Tall” album was nominated in the same category at the 63rd Annual Grammy Awards 2020. While these youthful Nigerian artists have continued to do the country proud in world musical stage, the political elites have not ceased from their “family and friends” nepotistic act of governance, most unfortunately!

There Is Hope For Nigeria