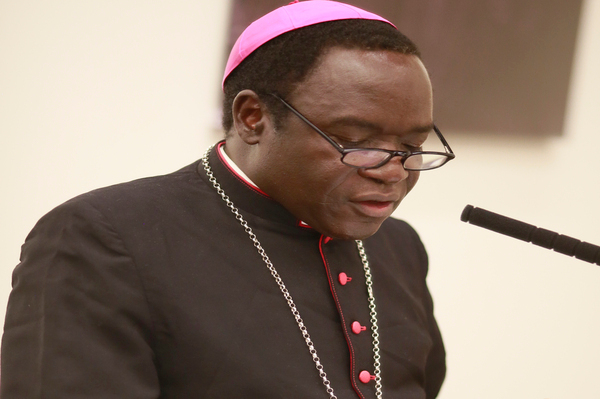 As we enter into our presidential political season, what are our presidential aspirants are going to do about these problems created by the incompetent, clannish and nepotist outgoing president? These among many other questions must be answered by these candidates.

Nigeria, today, is a country in need of urgent redemption. Each day that passes, makes this need more dire.

The country Nigeria, which was once regarded as the foremost beacon of hope, and the globally acclaimed giant of Africa, is now tethering at the brink of an explosive collapse.

She is buffeted from all sides by problems – economic, security, political, ethnic, social  and religious, which the present handlers are either weak to stand up and face squarely, or clearly lack the mental aptitude to navigate safely through troubled waters.

In the midst of the chaos that is generated daily from every corner of the country, the leaders are clueless, and are therefore, frantically groping in the dark in a situation that requires bold and decisive actions to solve.

While these problem did not start with the Buhari government but an objective analysis of his administration will reveal a sinister plot of the gradual *Northernization* of the Nigerian Federation.

Never in the history of this country has a President been this insensitive to the plight of Nigerians. Nor is there any comparison in our history of the kind of ethnic agenda the Buhari government is a champion of.

It is becoming clearer by the day that Nigeria has only one major problem now.

*And the problem, which the solution of will lead to the immediate solution of the other ones, is President Muhammadu Buhari!*

Yes, President Buhari is the most difficult problem Nigeria and Nigerians have today. Take it or leave it. This is the bitter truth.

*Buhari is an ethnic jingoist, a religious fundamentalist, and an unabashed tribalist*

As the President of a multi-ethnic and multi-religious country like Nigeria, whose threads of unity are thin, the least he could have done was to add a little diplomacy and finesse to his art. But, no, Buhari is not ashamed in the least of his tribalistic credentials, which he boldly rubs on the faces of Nigerians with each word he speaks, and every action he takes.

Brethren, folks and fellow countrymen, this is the main reason while Nigeria is at the crossroads today.

And if you choose like most Nigerian politicians to hide the truth and pamper the issue, you are completely complicit in the savagery and butchery that is going on in the country now.

This is not the time for pretence. This is hardly the time for doublespeak. We need nothing but the truth now to set ourselves free.

All over the world, and throughout history, tribesmen have never made great Statesmen.

Pity Nigeria! She is saddled with the worst of the tribesmen clan to ever superintend over a country.

If you say the truth in Nigeria today, the government will come after you. So Nigerians are now afraid to say the truth.

Senator Dino Melaye was once quoted as saying, “If you say the truth, you will die. If you lie, you will still die. Why don’t we say the truth and die of a clear conscience?”

Fellow Nigerians, we must keep saying the truth no matter the consequences.

In his December 25th 2020 Christmas Homily, Bishop Hassan Kukah of the Sokoto Diocese, told the whole world that it is President Buhari’s nepotism that is fueling the insecurity in the country. And all hell was let loose.

He has committed a sacrilege. And they went after him, from every hole and crevice, with some of them even threatening him with eviction from Sokoto State.

Dawisu, a former adviser to the Kano State Governor, Abdullahi Ganduje, is in the gulag now for saying things the very way they ought to be said now. So are some other courageous Nigerians.

With Kukah’s eye-opening Christmas speech came a spate of denials from the Buhari government and his unbelievable and unfeeling supporters.

Bishop Hassan Kukah, and others like him have said the truth about the Nigerian situation. And anybody who is still in doubt about the weight of their allegations should follow me on this trip.

4 Monica Dongban-Mensem, President of the Court of Appeal  *North*

7 Boss Mustapha, Secretary to Government of the Federation  *North*

This is in conjunction with numerous Permanent Secretary and Director positions in the Civil Service. Not to talk of choice ambassadorial postings

Are you aware that both the Chairmen of the Senate and Reps committee on the Army and the Airforce are from the North?

We are not done yet. Look at that list again and you get the worst shock of your life.

I will help you out again.

If you look at the list once more, you will see that:

(E) All the Federal Govt Banks and other Financial Agency

are all headed by the people from the North

*Buhari has captured Nigeria for his people.* Yes, President Buhari has  done it.

From the list I have above, who is right between Bishop Kukah and his traducers? Let the unadulterated facts speak for themselves.

When the first series of this material came out, some Nigerians, home and abroad, who called me wanted me to also present a list of President Buhari’s ‘major’ appointees from the Southern part of Nigeria the for ease of comparison.

I promised to do that. And I will make an attempt here and now.

19. Francis Akabueze, Clerk of the House of Reps *South*

At first many people in the Southern part of Nigeria including yours truly, thought that this act on the part of the President, was accidental. It was easy to defend him back then.

But with the passage of time, it dawned on every right thinking person in Nigeria that Buhari knew what he was doing.

He came with a plan of ethnic domination, and he is determined to play it to the very last whatever the consequences.

You think I am kidding?

Then ask yourself, why:

1 He replaced Kemi Adeosun with Zainab Ahmed as Minister of Finance.

2 He appointed Mohammed Nami to chair the FIRS after the tenure of Tunde Fowler.

4. He replaced Matthew Seiyefa that was appointed by the Vice President with Yusuf Bichi as the boss of the DSS.

5. Sacked Julie Oka-Donlie at the NAPTIP and replaced her with Imaan Sulaiman Ibrahim.

6. Replaced Sharon Ikeazor at the PENCOM with Dahiru Umar.

7. Is it an accident that the Minister of Police Affairs, the Chairman and the Secretary of the Police Trust Fund and the IGP, all come from the North?

8. What of the much touted Federal Character Commission at which the Chairman and the Secretary equally came from the North?

9. Did you notice that all the heads of the security and paramilitary agencies who came from the North, had their tenures extended last year by the President?

10. Why was Hilary Madu not qualified to be the Commandant General of the NSCDC?

11. Must we wait to appoint Nasiru Kwarra as the Chairman of the National Population Commission before we can begin the plan for a fresh population census in earnest?

No. These acts of the President are products of no accident at all.

Again, why is it that no Southerner has been found worthy of occupying the seat of the EFCC boss since its creation?

May I also remind you that when the Nigerian capital was in Lagos, people of every ethnic coloration including Northerners were appointed to head it. Why is it a herculean task to appoint nobody but only Northerners as the FCT Ministers?

Buhari came with a script and he is acting it very well.

He told the world upon election that his appointments would be on the ratio of 97%/5%.

The lists above can show that he is truly a man of his words except with few adjustments here and there.

If we are to place the ethnic origin of these appointees, we will see that the humongous appointments that went to the North are 98% for Northeast and Northwest  leaving the NorthCentral with about 2%.

Down south, the Southwest has about 80%, South south over 17% and while Southeast is left to manage just above 2%.

Is President Buhari not a Mathematical wizard?

This unfathomable sharing formula was why the Northern Leaders tagged the *EndSars Protests*, an act of Insurrection against the country. Exactly why they at speaking from both sides of the mouth regarding the Farmers/Herders crises, the recurrent banditry, and  kidnappings across the North.

It is because of this formula which catered for the interest of the Southwest region that you will never hear Chief Bola Tinubu nor Prof. Yemi Osibanjo, the VP, criticize the President for the calamity he is about to bring on the country.

But may I remind all of them, Tinubu, Osibanjo, Garba Shehu, Femi Adesina, Lai Mohammed and the others who cannot see the dangerous road that the President is furiously driving the country on, that countries, like marriages, are built on the time-honoured principles of *Equity and Justice.* Peace flows freely wherever these concepts are entrenched.

And the worst aspect of this story, is that the benefits of this Northernization agenda of Buhari and his cohorts have never trickled down to the ordinary people up there in the North.

*Northern Nigeria is still the poorest area of Nigeria till date*

Do you still wonder at the scale of security problem there?

Bishop Kukah said the truth, and they wanted to shut him up. I have backed him up with a fact that can hardly be contested. I hope that anybody who would pick on Kukah, will equally provide us with their own facts to back their claim.

Bishop Kukah has done his bit. I have equally added my own little bit of support. Whoever wants to keep silent in the face of oppression and misrule, can go ahead and die through fear.

And will someone please inform Mr. Lai Mohammed and the people who think like him, that none of the federations that were structured the way Nigeria is now, ever lived to tell their stories?

Nigeria is about to implode before our very eyes, and the President and his men are simply grandstanding.

If President Buhari cannot guarantee the security of lives of Nigerians, treat every citizen equally without discrimination, and move Nigeria’s economy on the path of sustainable economic growth, then, my position is that he should resign and go home.

Monday Lines: Kaduna attacks and the grave costs of silence