BREAKING NEWS
GMT+2 10:37
Home Opinion Conspiracy Theories, Or Are They? 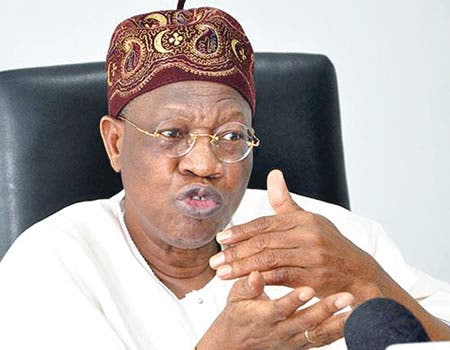 Conspiracy Theories, Or Are They?

The so called bandits, herdsmen, kidnappers, terrorists are nothing but the military wing of the Northern Nigeria and that’s why they are being protected by the government. (Dangerous Conspiracy Theory? I Don Not Think So. True? Probably!). Think about it, how does one explain these?

(TRANSLATION – “I swear to the Almighty God that the government is the one arming Us. We Fulani don’t know guns. We only know cows and how to rear cows. Cows don’t give birth to guns*.* *I swear to God, we just sat down and were supplied AK47 by the government. I am not afraid to say the truth. I attended Islamiya and when I finished my school we were given these weapons. I am wondering what I will do with my life now” 🤷🏻‍♂)

For over 4 years now, Fulani Herdsmen have been kidnapping, raping, maiming, destroying farms and killing people of Southern Nigeria with reckless abandon, with no actions by the federal, and, or the state governments from the North to stop these heinous and evil criminality being unleashed on the south on a daily basis.

In Yoruba and Igbo Land, traditional rulers, Elder statesmen/women and their families, politicians, prominent businessmen and women are not spared by these Barbarians from their dastardly acts. The two that readily come to mind is the incessant attacks and destruction of chief Olu Falae’s farms whom, it was reported was kidnapped a few years ago. Then the senseless murder of Mrs. Funke Olakunrin in 2019 by these criminals, yet the Northern States Governors kept quiet while General Buhari has been nowhere to be found.

These emboldened the criminal Fulani elements who doubled down on their nefarious activities unabated. Reports from the intelligence community within and without Nigeria state that the government ordered the police and other relevant agencies involved in the capture and detention of these criminal Fulani herdsmen to be released, and to look the other way in dealing with them.

What about the captured Boko Haram terrorist, that the government “REFORMED”, and enlisted in the army? REALLY? WHERE IN THE WORLD IS THAT DONE?

When the Southwest stood up to these terrorists, and said enough is enough, thanks to Sunday Adeyemo AKA Sunday Igboho, then the true colors of the sponsors began to unravel by their provocative utterances and actions. From saying that Southern lands belong to all Nigerians, therefore no one can stop the Fulanis from herding their cows in whatever part of the country they deem fit, to having the right to carry AK 47s to protect themselves and their cows, from who, and or what, I don’t know, to negotiating openly with terrorists called bandits, to threatening to retaliate, to stopping agricultural goods and products from coming to the south.

According Chief Gani Adams, the Aare On Kakanfo of Yorubaland, the interpretation of the action of blocking the movement of food products from the north to the south exposed their ulterior motive, which as he puts it, is to destroy the farmland of the Yoruba people with their cows and mercenary Fulani Herdsmen, so that the south will depend on the north for food. The way it looks at the moment is that this particular move is backfiring on the northern farmers. We shall see!

The southerners who reside in the north live among and with their hosts peacefully, going about their legitimate businesses, they are Angels compared to the menace these Fulani criminals brought upon southern Nigeria

The issue of paying these criminals ransom by the government is just a way of funding them. This criminality has in fact become a money laundering of slush funds to promote terrorism because if such money is wired to them, they can be easily tracked by the international community and anti-terrorism organizations. So the best approach is to make it look like paying ransoms by the promoting government. The more you look the less you see kind of strategy, at least for now, but the international community knows what’s going on.

The disgraceful silence of General Buhari and his cohorts is a tacit agreement and knowledge of the criminal behaviors of those who happen to be his kinfolk. It’s such a disgrace to our military and government to pamper terrorists, killer herdsmen, kidnappers instead of hunting them down while they harass, harangue, intimidate, jail and kill peaceful national flags waving protesters. The country has shamefully been thrown to the dogs!

Something tells me that the recent all of a sudden show of force speeches by General Buhari may have been forced on him by the international community, who are fed up with his government’s inaction to forestall the descent of the country into a bloody civil war caused by the unabated insecurity that has befallen the country by the criminal activities of Buhari’s kinsmen.

No governments in the world pays monetary ransom for kidnapped citizens to terrorists and flaunts/publicize it.

There is no smoke without fire, the conspiracies are worthy to be looked into seriously.

A Nation In Crisis – 2023: Leadership, Creativity And Innovation -By Richard Odusanya

Genocide is Taking Place in Nigeria

Nigeria Is About To Snap – NINAS